In the first of this two part series, Professor Maitreesh Ghatak explores the challenges and opportunities presented by the recent release of the Indian budget which he argues, falls short on the most urgent economic problem of generating employment.

If politics is the art of the possible, then a budget is the art of the feasible. It is where soaring rhetoric of possibility meets the unpleasant arithmetic of feasibility, and dreams of grandeur melt away in the cold light of the day. A budget may be dull and prosaic (or, more accurately, numeric) but like weather reports those dry numbers have a direct bearing on our daily lives.

First, it is in some ways the most honest reflection of the government’s immediate priorities given the limited fiscal resources, the realities of the economic challenges, and political compulsions. Unlike poll or policy campaigns, you literally have to put money behind your words, whether it is funny money or real money.

Second, it also offers a glimpse of the government’s vision – both its own long-term goals and the reforms needed to achieve them. The latter in turn reflects its assessment of how the economy and the policymaking process works.

Whatever is one’s political view, no one can envy the task that Arun Jaitley had in hand last week while presenting the last full budget of the Narendra Modi government that was elected in 2014.

Despite cries of “populism”, I think it deserves some praise in terms of signalling its priorities given the constraints. This is reflected in the enhanced expenditure on the rural sector, highways, railways, and the health care plan as well as the willingness to reintroduce a tax on long-term capital gains, and not cutting personal and corporate taxes (except for small enterprises).

However, like the previous budgets and other flagship policies of this government such as demonetisation and GST (Goods and Services Tax) rollout, it continues to disappoint in terms of its vision of reforms. And that in the end severely limits its effectiveness to achieve its objectives, whether to boost the growth rate, or to provide more relief to the poor. Clearly, a budget cannot please anyone as by definition, there are scarce resources and competing ends.

Those who focus on the immediate concerns of the poor (and I consider myself staunchly in this group) would have wanted a greater effective allocation for the social and the rural sector and the MGNREGA (the Mahatma Gandhi National Rural Employment Guarantee Act, for which the budget seems frozen). 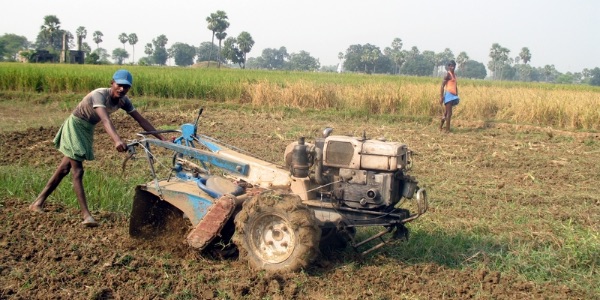 Most importantly, the budget disappoints on the most urgent economic problem of generating employment. According to latest ILO estimates, the official number of the unemployed is eighteen million. The actual number of the unemployed is much higher, as the organised sector accounts for just about 10% of total employment and the majority of our more than 600 million workforce are in low-paying informal sector jobs. Despite the significant rise in expenditure on jobs and skill development, the allocation is woefully inadequate given the size of the problem. The allocated amount of Rs 5000 crores works out to roughly Rs 80 per person in the workforce. A similar arithmetic applies to the health insurance scheme as well – given the number of potential beneficiaries, the budgetary allocation is meagre in per capita terms.

Those whose priorities are growth and reforms would have wanted greater focus on simplifying taxes, more tax relief to boost private investment, and greater investment in infrastructure. The corporate sector may not say it publicly, but the Sensex did have a downward swing (reinforced by global headwinds in the days following the budget).

The defence hawks will rightly note that for all the tough talk, the increase in defence expenditure in real terms has been small. The fiscal hawks will be right to note that there has been a slippage in the deficit reduction plan, with the deficit to GDP ratio crawling well above the red line of 3%. Yes, more people are now under the tax net but this has not really shown up in tax revenue yields. With rising oil prices and no major initiatives in cutting wasteful and regressive subsidies in fuel and fertilisers or disinvestment, clearly the budget cannot be given high marks on soundness of macroeconomic and fiscal management.

Obviously, a budget cannot please everyone. But to be effective it should have one dominant and coherent objective, allowing for some adjustments and compromises on others. One has to play to one’s core strengths and convictions. And that’s where this budget falters.

Read the concluding half of Professor Ghatak’s analysis of the budget on South Asia @ LSE tomorrow.

This article first appeared in Open Magazine and can be accessed here. 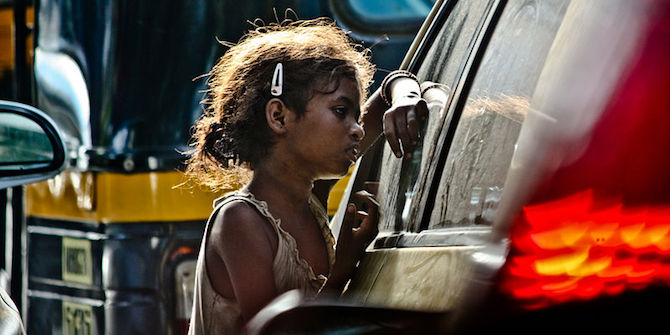 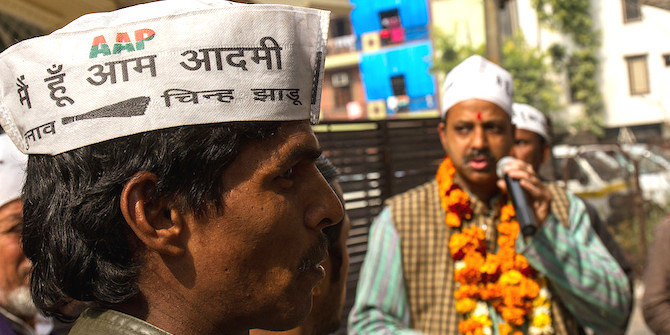 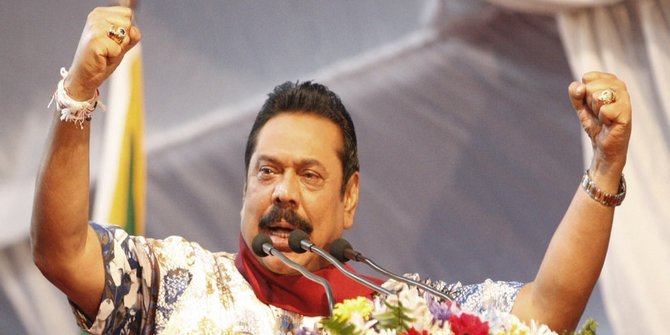 Bad Behavior has blocked 1427 access attempts in the last 7 days.