Following her participation in the panel ‘Who are the middle class in South Asia?’ at the recent LSE South Asia Centre summit in London, Ammara Maqsood discusses her findings from her new book, The New Pakistani Middle Class with Ananya Dasgupta.

AD: In what ways do you still see manifestations of a decadent cultural consciousness from the pre- Zia-ul-Haq era in Pakistan’s new urban middle class and what makes it a symbol of superiority?

AM: One way that you would distinguish between the old and new middle class is that the new middle class has a very visibly religious presence. By visibly religious, I mean that this is precisely the demographic where you’ll see women wearing headscarves or you’ll see them consuming Islamic goods or manifesting a very dominant muslim identity which shows itself visibly vis-a-vis the old middle class but what is also true is that in the kind of visible religiosity of the new middle class but also how they talk about religion and Islam’s capacity to transform and change Pakistan for the better and that’s not necessarily about the imposition of Sharia that’s about personal values individual values and how Islam can help those and that would help society. A lot of critique of the upper classes or the established classes and their lack of morality and decadence happens through Islam so yes, they would constantly talk about the fact that these people have no morals or they drink all the time which is not to say that people in the new middle class might not also drink but just the fact that these become certain markers of the established classes decadent behaviour so that does also happen.

I write against a backdrop where the accepted theory about Pakistan is that something changed in the 80s and that had very much to do with Zia’s islamisation agenda and it also had a lot to do with the very close link between Pakistan and Saudi Arabia particularly as they funded Jihad in Afghanistan and then it comes back into Pakistan. Of course, because the state was investing so much in this vision of Islam that has inflected public life and that means that the middle class that has come up since then carries that inflection with it because religion dominated political and public life. However at the same time I felt that because the new middle class seems more visibly religious and they definitely do see Islam as a solution to things, that’s invoking or exactly following in line with the kind of Islam that the state was sponsoring or that’s what the Wahhabis do in Saudi Arabia and there seem to be many different currents that are flowing together. What does make them distinguishable is that they’re very interested in Islam so there is a great interest in learning Islam.. the Quran for yourself so you go to Quran schools for instance and you learn the meaning of the verses and try to apply them in your daily life, so that tendency I would say is not resonant in the old established classes as much as it is in the new middle class. But what you do with that kind of tendency and what ideas of religion it introduces to you and how they are contested and debated – that doesn’t show any single trajectory towards more Wahabism or more this or more that. That’s more complicated.

The complication is introduced by ideas from elsewhere. Like what Muslims in the west are doing and that’s a very big part of how the new middle class looks at itself or talks about itself in relation to what’s happening in other parts of the world or what does it mean to be Muslim in this global context. So there is a lot of following and watching of practices that happen abroad and then are brought into Pakistan either through media but also through the migrant connections that exist in people coming into Pakistan. 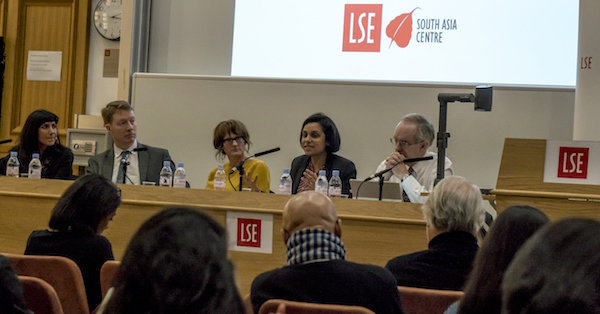 Do you think trends like Saudi Arabia’s first woman minister for education affect and dictate the perception of Pakistan’s middle class?

What’s assumed by Pakistan is that it really follows Saudi Islam as something big but amongst the people I work with, Saudi Arabia never really features that widely but what does feature is that ‘ohh you know in America Muslims all learn what Islamic values are really about and they’re not going to go to some Maulvi who’s not educated but they’ll really use their education to learn more about Islam.’ So these are the kind of practices they’re more interested in than what’s happening or not happening in Saudi Arabia.

I think there are several things that are common between Indian middle class and Pakistani middle class but the two things that are quite big are the role consumption plays in how being middle class and values of being middle class are expressed through consumption and through the goods you can afford, the kind of education you can invest in, leisure spaces you can access, and I think that in both Pakistan and India there’s a certain self-making that’s expressed through consumption in very similar ways but what you also notice is that there is this rise in religion and I don’t talk about the rise in religiosities or the rise of the visible presence of religion in the public sphere is necessarily ‘oh god something’s gone wrong!’ because for us to think of it that way means that you’ve kind of bought into this very modernist agenda that being middle class or the process of modernisation was going to lead to these ‘x’ results and religion was not supposed to be part of that trajectory. In that sense we shouldn’t be like something’s gone wrong because there’s no one right process to be followed if you kind of reject the teleology of modernism and think of how different places experience modernity in different ways. So there’s definitely a rise of more Islam in the public sphere in Pakistan that’s inflected political life in particular ways, there’s more Hinduism in the public sphere in India and its inflected politics in India in particular ways. I’m not sure whether this is South Asia specific because we see a rise of religion in other parts of the world as well. For me, its interesting how these two things seem to be happening side by side – there’s an increase in spending or wanting to spend, mixed in with a rise in religion. So I think those are things that are quite common.

I’m really glad you brought this up because that’s what I argue a lot in the book that representations of Pakistan also matter to how class politics in Pakistan operates, so how Pakistan is represented to the outside world and there’s also a particular kind of nostalgia which you mentioned which is also associated with middle class identity and it’s almost as if its actually about which group has connection to the outside world and creates and controls the image of Pakistan whether its through international media or through people and that has predominantly been an established middle class which has felt under threat 1980s onwards and therefore this entire narrative that there used to be this great middle class and there used to be this public culture that was middle class and that was secular and then Zia came and everything got ruined. When I was saying that’s the backdrop I write against, that backdrop itself is quite ‘classed’ right? And I’m not denying what happened with Zia in the 80s or Islamisation or the links with militant Islam but at the same time there was also a certain kind of democratisation that happened. The fact that government employment or the military and all these ways that people kind of have upward mobility were opened up to people outside of these small pockets in urban areas of Lahore and Karachi so when we see the new middle class its all a result of that kind of democratisation and opening up. But because the narrative of Pakistan is controlled by, or used to be completely controlled, we can maybe now argue it might change in coming years. That’s then how Pakistan is seen from the outside eye and that’s why any sign of religiosity in the new middle class is [perceived as] bad and it’s Wahhabi and it’s linking to the nostalgia of the olden times when things were not like this.

Dr Maqsood’s book was recently reviewed for the South Asia @ LSE blog. You can read the review here.

To listen to the podcast or read the report of the panel ‘Who are the middle class in South Asia?’ which Dr Maqsood participated in, click here.

This article gives the views of the author, and not the position of the South Asia @ LSE blog. Please read our comments policy before posting.

Ammara Maqsood is a lecturer in Social Anthropology at the University of Manchester. Her research interests include the contemporary Muslim world, with a focus on the middle class.

Ananya Dasgupta is an alumna of LSE, where she studied her MSc in Social Anthropology in 2013. She currently works as a policy advisor at DEFRA (the Department of Environment, Food and Rural Affairs). 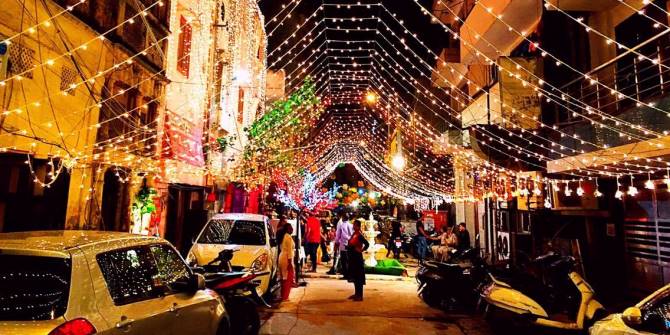 #LSEIndia2019: Evidence-based analysis of Indian Elections 2019 from across the world