Towards transparency: How institutionalising social audits can increase efficiency of rural welfare programmes in India

Towards transparency: How institutionalising social audits can increase efficiency of rural welfare programmes in India

Social audits are a powerful tool to monitor government-run schemes and organisations. By looking at Andhra Pradesh’s monitoring of rural employment welfare programmes, Ayesha Pattnaik argues how they can provide greater transparency and effectiveness for the implementation of key government policies.

India’s Right to Information (RTI) movement was launched in 2005, when civil society activists and citizens protested in rural areas of Rajasthan demanding the right to audit government expenditure. After 20 years, social audits remain a powerful tool to monitor government schemes. Recently, the social audit conducted by the Tata Institute of Social Sciences exposed child abuse in several children shelters in the state of Bihar, asserting the importance of citizen-centric governance to monitor state-led programmes. And indeed institutionalising social audits can help increase transparency and efficiency of rural welfare programmes in India, as shown in the state of Andhra Pradesh.

As a result of the RTI movement, the National Rural Employment Guarantee Act (NREGA) was the first welfare scheme in India to mandate that social audits be held to monitor expenditure under the scheme. NREGA is one of the country’s most successful government programmes seeking to fight rising rural unemployment amid the growing agrarian crisis. While various states in India struggle to implement social audits effectively, the state of Andhra Pradesh by institutionalising them provide an important model for understanding how citizen-centric governance is fundamental to increasing transparency and efficiency in welfare schemes.

The Power of Performance

The NREGA welfare scheme aims to guarantee 100 days of employment to at least one person per household willing work in the rural sector, paid at the minimum wage. As a nation-wide scheme, NREGA gives people the right to be employed on local public works at the statutory minimum wage within 15 days of the date it is demanded. In 2005, the civil society organisation Mazdoor Kisan Shakti Sangathan (MKSS) led the RTI movement to enable public access to government data on funds and expenditure. This movement led to fundamental legal changes taking place in 2005, including the passing of the landmark Right to Information legislation, and amendments to the Panchayati Raj Act giving legal sanction to social audits at the level of local government. It also ensured that in the same year, mandatory social audits were introduced in the NREGA Act.

The social audits model was first laid out in Rajasthan and was based off the idea of jan sunwai or public hearings. The jan sunwai relies heavily upon citizen participation, leaving little room for state manipulation of the process. This is because the beneficiaries of the NREGA scheme themselves mediate discussions and hold government officials directly accountable by asking questions about funds. In an almost theatrical performance, payrolls are read out to an audience of beneficiaries who openly express shock or approval as a group. Public opinions are thus given a platform to act as a strong force that puts pressure on officials to perform by  articulating concerns about unemployment on the ground.  Such a mechanism is particularly important in rural settings where the people are disconnected from their representatives who remain headquartered at distant urban centres.

Unfortunately, corruption was quickly observed as a problem in NREGA. Despite the enactment of social audits, states like Rajasthan and Jharkhand continued to have difficulties in accessing information on expenditure under the scheme. In 2006, students from various Indian universities found that only 15 per cent of the wages actually reached labourers in Garhwa, Jharkhand. This information was neither made available to the concerned labourers, nor was it easy for students to obtain the muster rolls.

Unlike in other states, where the responsibility to conduct social audits was unevenly distributed between civil society groups, citizens, and the government, Andhra Pradesh laid out an organised model that created an even balance between the roles of different actors. While the impetus for social audits in Andhra Pradesh came from the government, their implementation relied heavily on the participation of non-state actors. This collaboration with civil society actors enabled the training of villagers who were beneficiaries of the scheme to conduct social audits.

The possibility of state manipulation of the process was overcome by adopting Rajasthan’s model of social audits being conducted through public hearings. Instead of having a state official conduct audits, the onus is left on the beneficiaries themselves to demand and conduct audits. With the public hearing model emphasising emotional reactions and testimonials of beneficiaries,  state monopolisation is circumvented and citizen discussions are prioritised. The training of village state auditors (VSA) has now been entirely delegated to the Society for Social Audit (SSAT) of the state’s Rural Development Ministry, which is run independently by civil society activists. The social audits of Andhra Pradesh today empowers rural citizens with the right to be employed, and the right to be heard, exactly as stated by the NREGA.

While in other states it was unclear as to who was to demand and organise social audits, the greatest strength of Andhra Pradesh’s model is that by legally mandating the need to have social audits, government officials do not merely cooperate with the process but are held accountable for not conducting them. The issue of whether or not the state can be relied on to frequently conduct social audits is accounted for by the records of meetings being made public on the SSAT website. The state is now accessible not only to rural citizens who are beneficiaries of the scheme, but other citizens across the country who are interested in accessing records of how NREGA funds are utilised. In turn, social audits allow for the creation of a citizen centric governance model that brings together a variety of actors to make schemes more transparent and effective.

The Future of Social Audits in India

The success of social audits in Andhra Pradesh rests on a variety of social and political conditions, particularly the coupling of political will and strong state capacity of the Andhra Pradesh bureaucracy. That being said, the success of Andhra Pradesh’s model cannot be attributed to specifics of region and can be replicated. By institutionalising social audits, the norms necessary to elicit community and government participation in the process can be subsequently cultivated. Currently, the National Institute of Rural Development in Hyderabad is working to train villagers in other states in India to conduct social audits. Social audits have been mandated in other important rural welfare schemes like the National Food Security Act. A truly successful democracy is one that listen to the demands of its citizens at the grassroots level, and social audits provide the necessary infrastructure to empower citizens and build a transparent and effective form of governance.

This article gives the views of the author, and not the position of the South Asia @ LSE blog, nor of the London School of Economics. Please read our comments policy before posting. Photo credit: Pxhere, rawpixel.com

Ayesha Pattnaik is a Master’s student in the department of Sociology at the LSE. Her research interests include democracy in South Asia, voting behaviour and political culture, public participation in governance and non-governmental political forces. @ayeshapattnaik 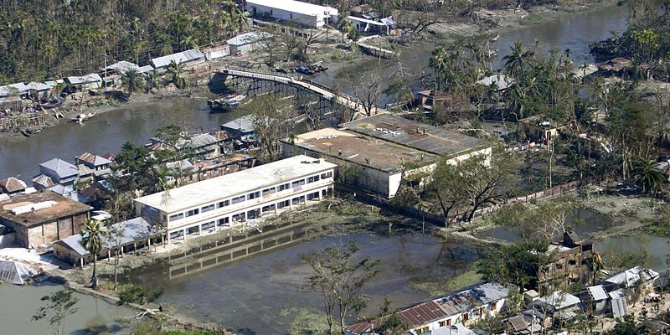