At the second LSE-UC Berkeley Bangladesh Summit Jade Benjamin-Chung (University of California, Berkeley) discussed her research on attempts to lower malnutrition in children in Bangladesh. Here she explains why malnutrition is so high across South Asia and in Bangladesh, and what she and her team learnt their study.

South Asia has one of the highest levels of child malnutrition in the world. Why is this?

It is thought that several factors unique to South Asia contribute to its higher prevalence of malnutrition including poor health and nutrition of mothers prior to and during pregnancy, poor nutrition and frequent infection in the first two years of children’s lives, and poor sanitation and water quality. It has also been hypothesised that the social status and women’s decision making power could be important factors as well.

Why are children in Bangladesh at such high risk of malnutrition?

Bangladesh has been referred to as a “paradox” in public health in that it has achieved sweeping reductions in maternal and child mortality, yet malnutrition (among other challenges) remains prevalent — in Bangladesh in 2017, 36% of children under 5 years were stunted (low child length compared to international standards for their age and sex), an indicator of chronic malnutrition. The high prevalence of malnutrition is a product of a complex set of factors that fall into four main categories — economic, nutritional, environmental, and social.

Though Bangladesh has made great strides in reducing poverty, it is estimated that between a quarter and a half of the population continue to experience food insecurity. The Government of Bangladesh has partnered with non-governmental organisations to deliver programs that promote healthy infant and young child feeding practices at a large scale. However, evaluations of those efforts found that they did not reduce child malnutrition. The low impact of these particular nutrition programs on malnutrition is not unique to Bangladesh — in 2008 it was estimated that the existing interventions at the time could only reduce about a third of stunting among two-year olds.

Environmental risk factors include poor water and sanitation conditions, which lead to faecal contamination of the environment. Though Bangladesh has succeeded in increasing access to water, water quality remains poor for many households, and the majority of the population continues to use an unimproved form of sanitation (e.g., a latrine or toilet that does not flush into a pit, septic tank, or sewer). There is a hypothesis that children who grow up in environments with poor water and sanitation infrastructure and practices experience a condition called environmental enteric dysfunction which results from exposure to faecal contamination of the environment. Environmental enteric dysfunction is form of subclinical infection that is thought to reduce the ability of the gut to absorb and retain nutrients and thus increase the risk of stunting.

Finally there are a number of social factors that contribute to malnutrition. Women, the primary caregivers of children in Bangladesh, play a key role in child nutrition through breastfeeding and healthy infant and young child feeding practices. However, women with limited education and decision-making authority may be less likely to be able to adhere to these practices. The relatively low maternal education levels, young average age of women at the time of marriage and childbirth, and low social status of women in Bangladesh likely contribute to an increased risk of child malnutrition.

You recently carried out a cluster-randomised trial with pregnant women from villages in rural Bangladesh. What did you learn about how their children grow?

Yes, I was part of a large team of scientists conducting the WASH Benefits trials in Bangladesh and Kenya. These trials were led by Steve Luby (Bangladesh), and Clair Null (Kenya), and Jack Colford at UC Berkeley (overall coordination of trials). WASH Benefits sought to measure the effect of water, sanitation, handwashing, and nutrition interventions on stunting in the first two years of life. The Bangladesh trial delivered four types of interventions to compounds (groups of households in which families typically share a water source and latrine) in rural communities and promoted the use of these interventions over a two year period:

This is a very high level summary focused on our findings on stunting and linear growth. We measured numerous other outcomes, and I recommend that interested readers visit our website, where all of the publications from this study are available.

What could the implications of these findings be for the future of how we think about reducing child nutrition and infectious diseases in Bangladesh and around the world?

Based on your findings what action do you think aid agencies and the Bangladesh government need to take to lower the levels of child malnutrition in the country?

There has been great interest at aid agencies and non-governmental organisations in integrating nutrition and WASH programs. WASH Benefits’ findings support the continued use of infant and young child feeding programs to (modestly) reduce child stunting. However, the study’s findings do not support the use of the particular WASH interventions delivered in the trial to improve child growth. That being said, there are numerous other benefits to WASH interventions that have been documented by WASH Benefits (e.g., reductions in diarrhoea and parasite infection) and other studies (e.g., dignity, equity, and safety particularly for women). Given these broad benefits, in my view there is no question that household WASH interventions are worthwhile investment from a public health and human rights perspective. Focusing specifically on child nutrition, as mentioned above, there has been a call for multi-sector approaches to improving child malnutrition in South Asia. Prioritising evidence-based, integrated interventions and continuing to rigorously evaluate them is likely to produce the greatest improvements in child growth and nutrition.

This article gives the views of the author, and not the position of the South Asia @ LSE blog, nor of the London School of Economics. Please read our comments policy before posting. Photo credit: Flickr, USAID U.S. Agency for International Development Follow

Jade Benjamin-Chung is an Epidemiologist and Lecturer in the Division of Epidemiology & Biostatistics at the University of California, Berkeley. 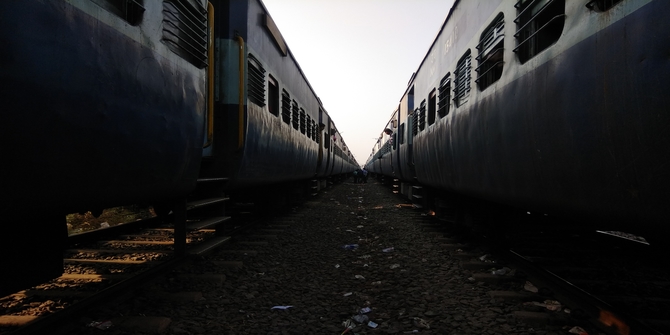 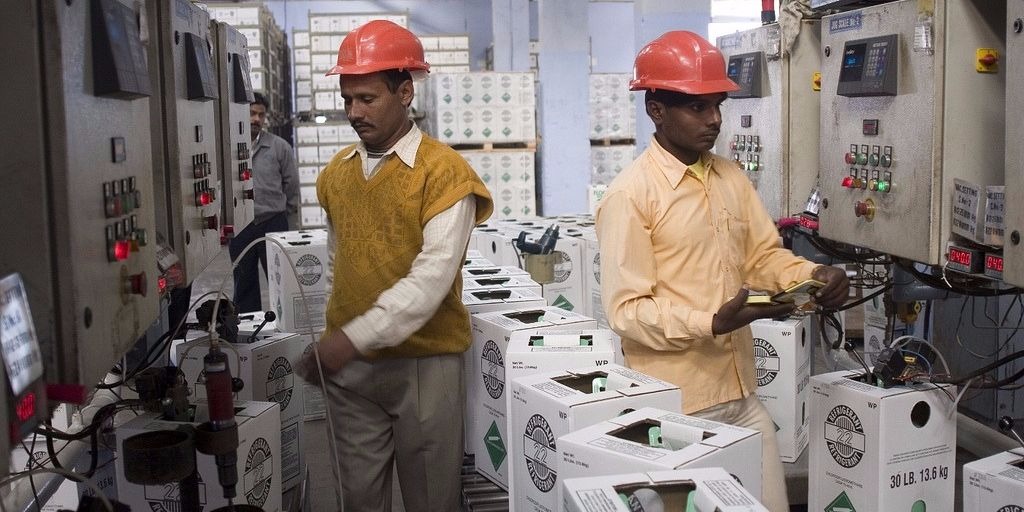 Focus should be on value addition while restructuring manufacturing in India

Bad Behavior has blocked 768 access attempts in the last 7 days.