The expanded state in post-liberalisation India

The expanded state in post-liberalisation India

It is thought that as economies liberalise, the state apparatus will withdraw from economic and social life. Lipika Kamra (O.P. Jindal Global University) argues, however, that in India the state has reorganised itself. Drawing on ethnographic research on new actors that are now a part of the state, she argues why the state’s role has expanded in post-liberalisation India.

Scholars have posited that contrary to expectations, economic liberalisation in India has not led to state withdrawal from the economy and society. Instead, the post-liberalisation state in India has restructured its role and functions. This restructuring has led to the involvement of new actors and institutions who work closely with the state and within the state’s bureaucratic hierarchies. Central and state governments in India regularly partner today with NGOs, and even set up government-organised NGOs known as GONGOs.

The state in India after liberalisation has in fact expanded not shrunk. This ‘expanded state’ now includes consultants, young fellows, and professionals who are supposed to ‘professionalise’ the development delivery and realise the agenda of ‘good governance’ in policy making. Development and welfare continue to be central to state legitimacy in India and the expanded state with its new actors aims at better welfare provision.

The Prime Minister’s Rural Development (PMRD) Fellowship is one key example of such an expansion of the state. It is a programme where young men and women were recruited to assist state officials in the speedy implementation of development programmes in the Maoist zones of India. The PMRD Fellows Scheme in India was started by the Ministry of Rural Development (MoRD) in 2011 and fellows were recruited every year between 2012 and 2014. The scheme was the brainchild of Jairam Ramesh, the then Minister for Rural Development, who conceived it as part of a larger policy agenda of employing socioeconomic development to counter popular support for Maoist insurgents in what are be called ‘Left-Wing Extremist’ or LWE districts in administrative parlance. Fellows were selected after a written exam and interview, and were provided training at the Tata Institute of Social Sciences (TISS). There was a clear set of roles assigned to the Prime Minister’s Rural Development Fellow (PMRDF), which included acting as the mediator between state officials and ordinary citizens.

During 2013 and 2014, I conducted ethnographic fieldwork in the West Midnapore district of West Bengal. West Midnapore was classified as an LWE district after a phase of violent conflict from 2008 to 2011, when Maoists as well as participants of the locally-led Lalgarh movement targeted state officials. After security operations, central and state governments sought to rebuild their legitimacy through rural development programmes. They hoped that by focusing on development, they will be able to wean ordinary men and women away from the Maoists.

During my fieldwork, I closely followed the implementation of special rural development programmes. One such programme is named Muktidhara (‘source of freedom’), through which poor women from self-help groups (SHGs) were to be granted subsidised loans to set up small enterprises. I followed the lives of rural women who were targets of the Muktidhara programme to understand how development-related strategies of counterinsurgency was affecting the lives of poor rural women. Scholars have written about how development as a counterinsurgency strategy against the Maoists in India ends up serving the security function of the state and undermining democracy.  While that is certainly the case, we need to also focus on how development might lead to a renegotiation of state-society relations during and after an insurgency. Therefore, a major part of my research was a close observation of the sites such as the local block office where beneficiaries of Muktidhara met and saw the ‘state’ in a counterinsurgency setting.

Probir and the fellowship

It was in the context of studying counterinsurgency that I followed the everyday work of Probir (name changed to protect identity), one of the two Prime Minister’s Rural Development Fellows stationed in West Midnapore district. Probir had studied English literature as an undergraduate in Kolkata, and completed a Master’s degree in media studies from Mumbai. He had worked as a reporter in the Kolkata branch of one of the leading newspapers of the country. After completing his PMRD fellowship, he studied for a Master’s in public policy in the United Kingdom. As a PMRDF, he played a key role in planning and enacting the Muktidhara programme. He made frequent visits to the villages, and interacted with women who were to be the beneficiaries of Muktidhara. I tracked his activities in the district administration office and shadowed him on field visits to villages.

Probir planned development programmes, visited ordinary women and men in their villages, and often provided a new momentum to existing development programmes. In these roles, he exuded the authority of a state official through his dress and mannerisms. However, despite performing these roles, he was still treated as an outsider. He needed an approval from higher authorities for every task he undertook. Additionally, state officials were aware that his presence was temporary. He would have to go away at the end of his three-year term, unlike other bureaucrats who held on to their jobs. Probir told me he was unsure if the new fellow who comes to take his place would continue with the projects that he had started.

Fellows such as PMRDFs are simultaneously insiders and outsiders to the local state machinery. As insiders, they worked within existing bureaucratic hierarchies, navigating the everyday processes and practices of the state. Citizens, with whom they interacted, treated them as state officials. Women who were beneficiaries of the Muktidhara programme spoke to Probir about their problems and demands because they knew him as part of the local state structure. Yet, strictly speaking, Probir was an outsider contracted by the government for a specific purpose and for a short period of time. Hybrid actors like the PMRDF, in spite of their ambiguous position as both insiders and outsiders, signal towards an expansion of the state in India after liberalisation.

The involvement of young men and women in the expanded state is fast becoming commonplace, and extends beyond the PMRD fellowship. Recently, the state governments of Delhi and Haryana have started fellowship programmes to seek assistance from young people to make governance more efficient. The Delhi government calls its programme the Chief Minister’s Urban Leaders Fellowship, and the Haryana government uses the name Chief Minister’s Good Governance Associates for the young fellows it appoints. This new phenomenon of engaging young actors as fellows represents a shift in how the state carries out its roles, and is one key way in which a new configuration of the post-liberalisation state is emerging in India today.

This blog had been adapted from The expanded state in contemporary India: counterinsurgency and the Prime Minister’s Rural Development Fellowship published in the journal, Contemporary South Asia.

This article gives the views of the author, and not the position of South Asia @ LSE blog, nor of the London School of Economics. Please read our comments policy before posting. Photo: TeroVesalainen, Pixabay 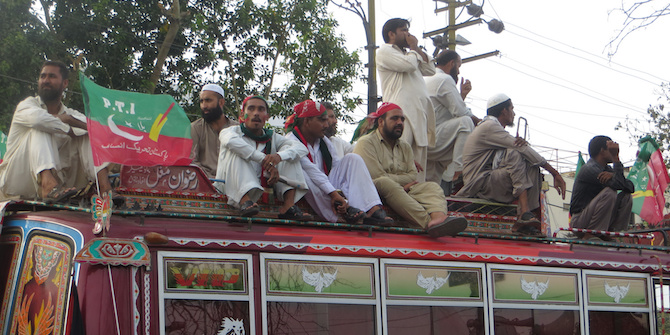 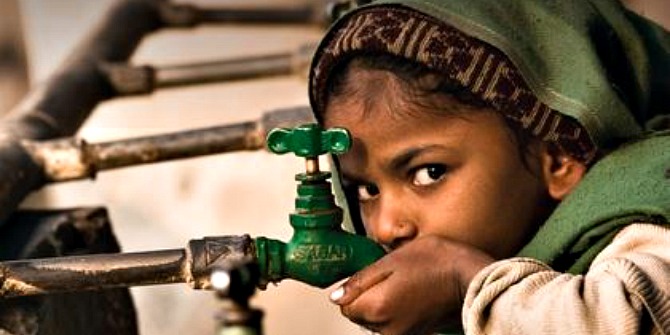 Bad Behavior has blocked 6978 access attempts in the last 7 days.