In 2014 Indian PM Narendra Modi launched the Swachh Bharat Abhiyan (Clean India Movement) campaign designed to change deep cultural and social habits in India regarding toilets and cleanliness. Five years on, John Elliott looks at the data and research on the effectiveness of the campaign.

Narendra Modi has been much criticised during his time as India’s prime minister for the massive number of schemes he has introduced with excessively flamboyant launches, and for the way that he has exaggerated claims of success. He ought however to be personally credited for the scheme that is the most socially challenging, which could eventually have the greatest impact on people’s health and daily lives.

It is the much derided Swachh Bharat Abhiyan (Clean India Movement) toilets and cleanliness campaign. Modi launched it with gusto in October 2014, having earlier mentioned it in his first Independence Day speech from the ramparts of Delhi’s Red Fort in August that year. He emphasised the need for separate boys’ and girls’ facilities in schools and earned praise for including such a personal word as toilets in such an august arena.

Modi has not been just trying to make people become more cleanliness-conscious, or to stop urinating behind a tree; his challenge has been to change deep cultural and social habits that are partly based on the endemic caste system. The previous Congress government did launch a toilets campaign, though without Modi’s drive and commitment.

Inevitably, Modi set a totally unrealistic target of every Indian having a toilet in less than five years – by Mahatma Gandhi’s 150th birth anniversary this October – and for the general country’s general cleanliness to improve dramatically.

He characteristically launched the scheme with a television flourish, personally sweeping up rubbish with a long broom in Valmiki Basti, a Delhi neighbourhood where Gandhi once stayed. In the first of what became his monthly Mann ki Baat (meaning What’s On My Mind) radio broadcasts to the nation, Modi asked people to “pledge to remove dirt from our lives”. He ordered thousands of bureaucrats to go to work and clean their offices, and said that the Delhi symbolic street sweeping should be repeated in other state capitals where the BJP was in power.

By over-doing the launch theatrics, Modi invited criticism, and Swachh Bharat has been much mocked for not measuring up to his claims. Statistics on the government’s official website showed this week (May 14) that 99.1% of the country was open defecation free, which cannot be correct. A total of 92.7m household toilets had been built since October 2014, making 560,000 villages, 617 districts and all 30 states open-defecation free.

Clearly, these figures are unreal because there is not the slightest chance that there is no-one defecating in the open in most villages. There are many local reports (as I have seen myself in Madhya Pradesh and elsewhere) of toilets not being fully constructed and equipped, and not having access to water. Contractors and officials (inevitably) benefit through bribes and extortion, and many of the concrete huts built to house the toilets are used for storage.

A survey carried out last year for the government in Rajasthan, Bihar, Madhya Pradesh and Uttar Pradesh by two research organisations showed that, while more Indians living in villages owned a latrine than four years ago, 44% of them still defecated in the open, according the IndiaSpend fact-checking website. As many as 23% of those who owned a latrine defecated in the open, which was the same as in 2014. The report suggested that this was because deeply entrenched beliefs about caste “impurity” associated with emptying latrine pits.

People across all castes and classes and all levels of education, who keep their homes clean, have little concern for – and indeed add to – vast piles of rubbish and general dirtiness of communal and public areas. All sweeping and cleaning is considered the task of the lower levels of Hindu society and there is little or no concern that people who work with sewage, toxic chemicals, and rotting garbage are injured and stigmatised, and even die of asphyxiation when cleaning sewers by hand.

One of the aims has been to tackle malnutrition. International agencies believe that poor sanitation is a probable reason in developing economies for children’s impaired growth or stunting.

In India, 39% of children suffered in 2016 from such ailments, according to a WaterAid report, especially in Uttar Pradesh, Bihar and Odisha where there has been less than 60% sanitation coverage. Also, some 100,000 children die each year from diarrhoea related diseases.

There has considerable speculation and scepticism about why Modi is so concerned. Two authors, Assa Doron and Robin Jeffrey, asked him about this when researching their book, Waste of a Nation: Garbage and Growth in India.

Modi replied that two experiences in his home state of Gujarat had influenced his attitude toward social change and sanitation. One was when the collapse of a badly built dam during heavy monsoon rains caused massive floods at Morbi in 1979, killing thousands of people, and the other was panic (triggered by a false alarm) over suspected bubonic plague in the city of Surat in 1994. Modi was 29 when the flood hit Morbi and was active in the RSS. “A huge cleaning up operation was undertaken, and I was part of it,” he wrote to Doron and Jeffrey. “We ensured that the town was restored to pre-disaster levels and an epidemic was averted.”

By the time the plague panic hit Surat in 1994, Modi was a powerful political organizer, recently returned from a tour of the US, and soon to become the BJP’s state general secretary. He said that he educated people “not only about personal hygiene but also about social hygiene”. The scare was “a game changer” because “people’s sensitivity towards hygiene increased and the municipal corporation’s decision-making capacity improved.” Modi concluded that, if change could happen in Surat, it was possible elsewhere, so focused as chief minister on improving the hygiene and sanitation practices in urban as well as rural areas.

“I knew that one of the important reasons for girl children dropping out from schools was the lack of toilets,” Modi wrote. “Swachh Bharat is the culmination of all the experience I had before I became the PM. It is not a scheme thought overnight, but my dream since my RSS Pracharak days.”

There have been political attractions for Modi and the Hindu nationalist BJP because Swachh Bharat emphasises patriotism. Modi has also used the campaign to try to co-opt the legacy of Mahatma Gandhi, thus undermining the Congress Party that has always identified itself with him. There is an image of Gandhi’s spectacles on the Swachh Bharat logo. It also fits with Modi’s promises of vikas (development) and appeals to millions of Modi-supporting overseas Indians who, as Doron and Assa put it, “squirmed at the state of public sanitation when they visited with children, friends, and associates”.

The effect of the general cleanliness campaign has also been patchy, with only some signs of a few cities becoming cleaner. Modi linked this with a campaign to clean the River Ganges, where there has been only little progress.

Perhaps the most rewarding part of the campaign however is what has been achieved by installing toilets in schools, because future generations will now grow up accustomed to using them and not defecating in the open.

“There should be separate toilets for girls. Next year when we stand here, every school should have toilets for girls and boys,” Modi said in his 2014 Independence Day speech. That did not happen, but a national cause with massive benefits for the future had been launched.

John Elliott is a former Financial Times journalist, who was based in New Delhi for over 25 years till May 2018. In Asia from 1983, he has also been a correspondent for The Economist, FORTUNE magazine and the New Statesman. An updated edition of his prize-winning book IMPLOSION: India’s Tryst with Reality, reviewing the Narendra Modi years, has just been published by Harper Collins India. He writes a blog on South Asia current affairs called Riding the Elephant that also appears on the website of the Asia Sentinel (Hong Kong) news website. 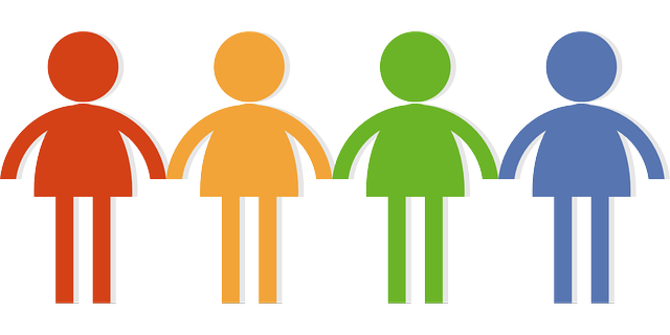