With nearly one million Rohingya refugees uncertain about their future on the Bangladesh border, Christopher M. Faulkner (University of Central Florida, USA) and Samuel Schiffer (University of Central Florida, USA) explain why the Rohingya’s lack of citizenship rights is a key barrier to their safe return to Myanmar and how Angola could provide useful lessons for their future return.

The Rohingya, a predominantly Muslim ethnic minority group, have faced a series of violent offensives by the Burmese government since the late 1970s. The most recent crackdown came on the heels of anti-government attacks carried out in August 2017 on Burmese security outpost by the Arakan Rohingya Salvation Army (ARSA). The military campaign in response to this attack included the systematic forced movement, rape, and killing of hundreds of thousands of Rohingya.

While the discriminatory policies of Myanmar’s government is not unfamiliar to those aware of the historically strained relationship, the mass exodus of nearly 750,000 since August 2017 has created a tragedy the United Nations designated the fastest growing refugee crisis in 2018. Emphasising the severity of the situation, the UN’s 400 plus page report following an Independent International Fact-Finding Mission in October 2018 recommended that senior officials of the Tatmadaw, the armed forces of Myanmar, be charged with genocide. As of April 2019, over 900,000 Rohingya refugees reside in Bangladesh. Their treatment and most recent tribulations in Bangladesh, including abysmal living conditions in Cox’s Bazar, and their uncertain future, underscore the humanitarian costs facing refugees.

Systemic violence against the Muslim minority group can be traced back to 1978’s Operation: Dragon King, a campaign to register citizens in which government forces evicted Rohingya, asserting they violated the state’s nationality laws. Despite the historical consensus of the Rohingya’s arrival in Rakhine State in the fifteenth century, Myanmar does not recognize the group as indigenous. Their statelessness was codified by the 1982 Burmese Citizenship Law that distinguished three categories of citizenship across 135 official ethnic groups, excluding the Rohingya from each. Recent appeals for citizenship reform have fallen on deaf ears.

The events of August 2017 draw parallels to the Operation Pyi Thaya or “Clean and Beautiful Nation” in 1991, a clearance campaign which saw the mass movement of 250,000 Rohingya to Bangladesh. Subsequently, the largest repatriation of Rohingya occurred between 1992 and 1997 when over 200,000 were returned to Burma, many involuntary, with approval of both governments and, later, the UN. According to Médecins Sans Frontieres, some 63 percent of the Rohingya refugees disapproved of return and 65 percent were unaware of their right to refuse repatriation. Unsurprisingly, the forced refugee repatriation of the 1990s was unsuccessful in ensuring refugee protections and ultimately, in generating lasting stability.

Statelessness: A barrier to repatriation?

While the most recent repatriation efforts appear to have stalled, the spectre of an unprecedented refoulement of the Rohingya back to Myanmar is concerning given the primary condition for lasting repatriation has not been met: a promise of citizenship by Myanmar. Instances of ethnic persecution and subsequent mass exoduses are not new, yet the Rohingya crisis is unique due to the group’s status as stateless.

Statelessness, in principle, means that neither Myanmar, nor any other state, recognises the Rohingya as citizens. Functionally, this means their ‘right to have rights’ is jeopardised as stateless persons are often denied access to health care, education, employment opportunities, and political participation. In the context of the Rohingya crisis, we argue, addressing the issue of statelessness is essential. Ultimately, failure to do so is likely to severely jeopardise not only the refugee repatriation process, but also any prospects for future stability in the Rakhine State. While there is a rich literature on refugee repatriations, scant attention has been paid to the return of stateless refugees. Reconciling statelessness and repatriation is inherently difficult as the right to return to one’s country traditionally depends on that person’s designation as a citizen

Where repatriation has worked

To highlight the importance of citizenship rights in repatriation efforts of the Rohingya it’s useful to take into account the voluntary return of over 280,000 Angolan refugees in the early 2000s following the country’s 27-year long civil war. Though an imperfect case, it highlights key elements absent in the historical repatriation efforts of the Rohingya—most notably the guarantee of citizenship for returning refugees. Amongst other conditions, such rights improved prospects for the stability and longevity of the repatriation. Further, the vast majority of Angolans desired to return and did so without UN assistance, suggesting that citizenship rights can both encourage return and increase opportunities for long-term stability.

Highlighted by the differences in outcomes of the two cases, the Angolan case suggests that statelessness can serve as a significant impediment during the repatriation process. This has been evident in the acute human rights atrocities committed against the Rohingya in Myanmar and Bangladesh throughout decades of persecution. These atrocities illustrate the limits of international protection mechanisms for stateless peoples. While the UN has adopted numerous resolutions, such gestures cannot substitute for meaningful action and do not ensure improved conditions for the Rohingya.

Forecasts for the future

The next two years will prove to be vital for the Rohingya crisis. In late 2020, Myanmar will hold general elections for more than a thousand seats across its legislative units. While the political ramifications will be consequential for any repatriation process, the immediate violence against the Rohingya and other minority groups will likely be heightened during the election season. For instance, recent findings suggest that Facebook has been used to incite sectarian violence against the Rohingya and others, raising real concern about how the social media platform might exacerbate violence in the 2020 election cycle.

More imminent, however, is the threat facing the Rohingya in Bangladesh refugee camps. Hosting nearly one million Rohingya refugees has strained Bangladesh and has drastically impacted the local economy. The result has been the renewal of conversations of a relocation plan that would send Rohingya to a remote island in the Bay of Bengal. The habitability of the island, Bhasan Char, is highly dubious and human rights advocates say the move will create a unique humanitarian disaster given the approaching monsoon season.

What, then, is the way forward for the stateless Rohingya if Myanmar will not grant them citizenship rights? UN and Bangladeshi efforts to register Rohingya refugees recently surpassed 250,000. For many this means they are getting their first ever identification documents. The goal of such efforts is to assist refugees should they decide to voluntarily return. This is one important step as the United Nations High Commissioner for Refugees has advocated against a “care and maintenance” approach, yet their stateless status will undoubtedly continue to hinder their security. A second approach, third-country resettlement, was attempted in 2007, but was met with limited success. The scale of the current crisis likely limits the viability of such an option. Thus, a shift away from their status as stateless within Myanmar, however improbable in the immediate future, represents their best hope for lasting repatriation.

This post is based on a recently published article in the Commonwealth Journal of International Affairs.

This article gives the views of the author and not the position of South Asia @ LSE blog, nor of the London School of Economics. Please read our comments policy before posting. Featured photo: View of the sprawling Kutupalong refugee camp near Cox’s Bazar, Bangladesh. Credit: Creative Commons, DFID.

Christopher M. Faulkner is a Security Studies PhD candidate in the School of Politics, Security, and International Affairs at the University of Central Florida and a 2018-2019 Minerva-Jennings Randolph Peace and Security Scholar at the United States Institute of Peace. His primary research area focuses on civilian victimization in conflict and his work has appeared in journals including Civil Wars and Third World Quarterly. He can be contacted at faulknerc@knights.ucf.edu.

Samuel Schiffer recently graduated from the School of Politics, Security, and International Affairs at the University of Central Florida, earning a B.A. degree in Political Science, with minors in Cinema Studies and Journalism, and a certificate in Intelligence and National Security. He will begin graduate school at Georgetown University in Fall 2019, pursuing a degree in Security Studies. He can be contacted at ss4332@georgetown.edu.

#LSEIndia2019 | Election Video Series: The View from the Ground 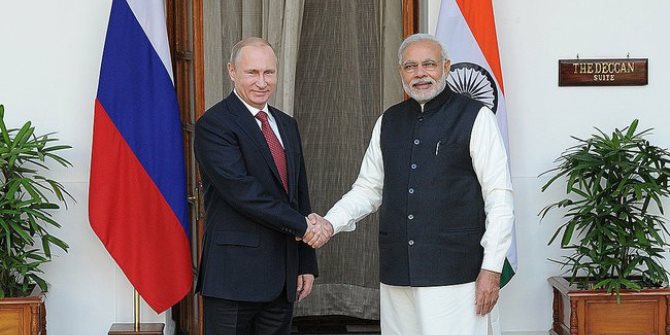 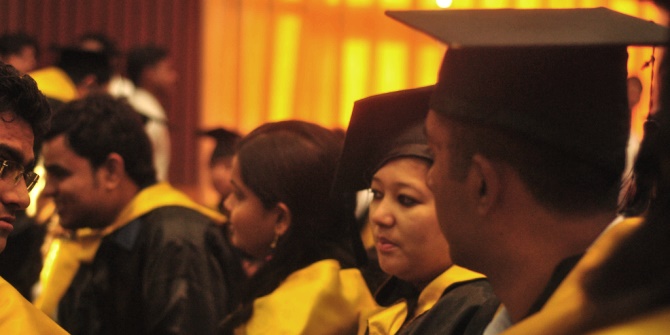 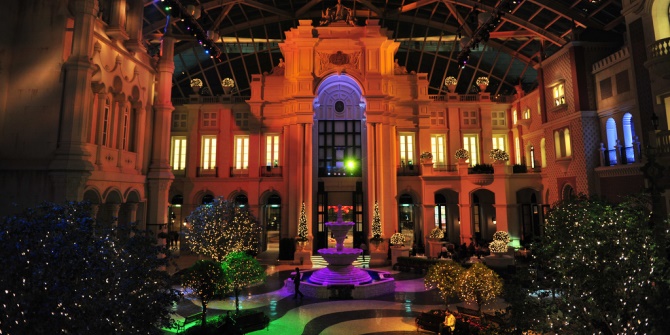