Following the BJPs surge in West Bengal during the 2019 Lok Sabha elections, Soumya Bhowmick (Observer Research Foundation, India) explores the recent electoral trends in the state to argue how an insecurity in the identity of citizens of the state has allowed a religious identity to come to the fore.

The Lok Sabha 2019 elections in West Bengal produced an extremely surprising result for the Trinamool Congress (TMC) who has been ruling the state for close to a decade. In 2014, the TMC won 34 seats in Bengal which came down to 22 in 2019. The apparent political animosity between the state and the centre has been a grave matter of concern for the efficient functioning of the cooperative federal setup deemed as the essence of the Indian Constitution. However, a closer look at the Bharatiya Janata Party’s (BJP) surge in Bengal may indicate something more ignominious in terms of the dormant insecurity in one’s Bengali identity, overpowered by their religious identity.

Modi’s rise to power in 2014 was characterised by a nationwide electoral mass mobilisation of Hindus around the Hindutva theme of the BJP. Although West Bengal was an outlier in terms of the election mandate towards BJP in 2014, two forces worked in favour of the BJP to capitalise on the communal vote banks this time: (a) the narrative regarding the TMC supremo Mamata Banerjee’s Muslim appeasement – the TMC Government’s eagerness to increase Imam allowances and Madrasa budget against the sluggish attitude towards implementing the latest pay commission that would increase the salaries of the Government employees; and (b) the growing fear of constrained economic resources amidst migrant labour infiltration from Bangladesh. The BJP seemed to be much more enthusiastic about the National Register of Citizens issue to oust Muslim migrants without valid documentation, while these migrants seemed to be a credible support for the pro-TMC votes.

In 2019, the northernmost constituency of Darjeeling showed the highest winning margin in Bengal for the BJP candidate. The margin of 413443 votes came from this district with the least percentage of Muslim population in Bengal: 5.69% according to the 2011 Census. In fact, 14 of the 18 constituencies won by the BJP in West Bengal were characterised by a switch in allegiance from the TMC in 2014 to the BJP in 2019. Most of these 14 constituencies fall within districts which have a very high percentage of Hindus. From 2014 to 2019, TMC has gained the two seats of Murshidabad and Jangipur from the CPM (Communist Party of India, Marxists) and INC (Indian National Congress) respectively, with Muslim candidates and winning margins of over 2 lakh votes in both the cases. Not so surprising is the fact that both these constituencies fall under the Murshidabad district which hosts the largest proportion of the Muslim population: 66.28% according to the previous census. From living in Bengal it is clear that this election was far from any development agenda promised by any party, but was exactly what the statistics affirm: a virtual communal animosity at the ballot machine. In other words, Hindus for BJP and Muslims for TMC.

Had it been a shift of votes because of anti-TMC or anti-incumbency, it may have been a healthy democratic choice without any biases. But this is definitely not the case. It is an extremely well planned political execution of one’s religious identity (the easiest thing to make someone fearful of through centuries) and the distasteful emotive rhetoric that followed. All in all, the choice of government did not really depend on the question of one progressing in the future or developing inclusively. Instead it was more like the other communal class has to be in a worse state than one is in. In other words, the Muslim votes would emphasise their power struggle to find a societal position relative to the Hindus while the Hindu votes would be targeted at showing the Muslims ‘their place’.

If Pakistan suffices for the role of the nation’s enemy, which has been politically leveraged every now and then, the same pattern of identifying communal enemies is followed at the local scales in Bengal. The politics of ‘otherisation’ where the illusion of an enemy is created have always come in handy for Indian politicians in some way or the other. In a political attack against the current TMC Chief Minister of the state, BJP’s National President announced at an election rally: “Lord Ram (Hindu mythological figure) is a part of the culture of India. Can anybody stop people from taking his name? I want to ask Mamata Didi (West Bengal’s Chief Minister) if Shri Ram’s name is not taken in India, will it be chanted in Pakistan.” Quite comically, very recently the Bengal Chief Minister too was infuriated at slogans of ‘Jai Shri Ram’ and even chastised the sloganeers, threatening strict actions against them. The politics of communal hatred has never been so rampant in Bengal.

The Election Commission’s statistics used to construct the table below shows how the BJP has emerged as a dominant power in Bengal over the last decade while the INC votes has slowly and steadily decreased with each term. For the TMC, the percentage share of votes has marginally increased from 2014 to 2019 while for the CPM it has drastically reduced. Many contend that the vote base has shifted from the Left (CPM) to Right (BJP) directly, but I would argue that this is not the case.  It is a complete restructuring of the vote base speculating the apparent communal identity crises.

Many would counter my narrative by suggesting that the Modi-wave has spread to Bengal causing their phenomenal rise in the state. But I would question the constituents of this Modi-wave: is the definition of this wave the same across regions, classes, castes and religions in India? Hasn’t the choice of a leader in Bengal become the embodiment of one’s aspirations of hate rather than the ambitions of progress?

The fallout of this election brings to the forefront the fault lines in the Bengali identity which have been much lauded in the past for being intellectual, politically aware, progressive and secular. West Bengal, unlike many states in India would often exhibit a syncretic political and cultural climate. The notion of a secular identity is now narrowed down from the ‘Coffee House – Hilsa Fish – Communist Politics – Rabindra Sangeet’ seeking Bengali to a voter fearful of his religious insecurities.

The pertinent question that arises here is to what extent will political parties leverage on the voters’ integrity? Is there a guarantee that it will stop here at only religious differences and not percolate into other fault lines of racial diversity? For example, the coexistence of the mostly-Hindu East Pakistani refugee diaspora during India’s partition (Bangaal) and the predominant Hindu population of pre-independence western Bengal (Ghoti), is a matter of pride, and a context for culturally charged flippant jokes between the two sides. Can we say it with conviction that even this will not be an agenda for political gains in the future? In a democracy where electoral mass mobilisation is necessary, communal identity based mobilisation becomes the most convenient technique. Persistence of such fault lines becomes more dominant with time as a result of political incentives.

This article gives the views of the author and not the position of South Asia @ LSE blog, nor of the London School of Economics. Please read our comments policy before posting. Featured photo: ‘Every vote counts’ | Credit: Creative Commons, Incredibly Numing

The author would like to acknowledge Ambar Kumar Ghosh, Research Assistant at the Observer Research Foundation, Kolkata for his valuable inputs.

Soumya Bhowmick is a Research Assistant at the Observer Research Foundation, Kolkata, India. He tweets @soumyabh_swears 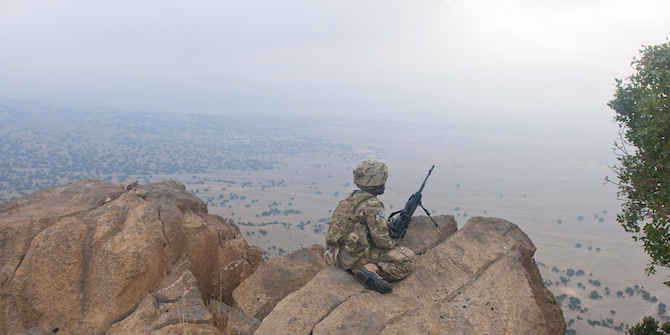 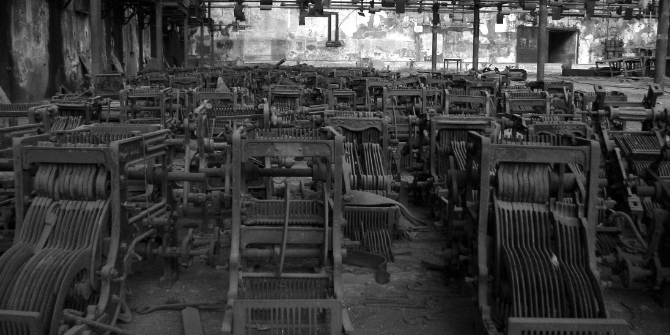 Bad Behavior has blocked 1324 access attempts in the last 7 days.