Higher education in Bhutan changed irrevocably in 2003 with the amalgamation of disparate colleges to form the country’s first university. Over the last two decades however doctorates in the subject of Education have been obtained outside of the country. By using a questionnaire, T.W. Maxwell (University of New England, Australia) discovered what the personal, professional and workplace impact had been on those returning with their PhDs.

Over the last six decades the school sector in Bhutan has largely been built. Attention has only recently turned to higher education and Bhutan’s first university, the Royal University of Bhutan (RUB), was inaugurated in 2003. As with the tertiary colleges at that time, the two education colleges were intent on producing professionals for the government ministries to which they were linked. As well as teaching, the advent of RUB meant that research was placed formally on the agenda. Clearly, research had not been a priority and faculty knowledge, skills and attitudes about research have not been developed. Research as an everyday way of doing things (research culture) was not a well understood concept.

The first Bhutanese doctorate holders in education began to appear in the early 2000s. Currently, less than 10% of academics at the two education colleges hold education doctorates. Doctoral candidates needed a scholarship because the Royal University of Bhutan does not yet have an in-country doctoral programme.

In 2018, I wanted to address the issue of the impact of the doctoral graduates in education in their personal/professional life, their workplaces and beyond. Using a structured, open-ended questionnaire, I sought to understand personal, professional and workplace impact in Bhutan more generally.

An emailed questionnaire was sent to all education doctorate holders and to key persons in education. Respondents’ ideas about future directions for doctorates in Bhutan were also sought. The fact that the author knew most of the respondents potentially had both positive and negative effects. The responses were not anonymous, though they were confidential. This may have hindered frank replies. At the same time their knowing the researcher probably added to the response rate. The data were analysed with the assistance of nVIVO (2012).

Thirteen Bhutanese education doctorate holders and 12 key persons responded. Eleven PhDs of the 13 were awarded after 2009. All were awarded on out of country scholarships. Five were full time and eight by mixed mode. All but one were, at the time of their award, academics at RUB’s Colleges of Education. Only four doctorate holders were women. All dissertations were focused on some aspect of Bhutanese education. Three concerned policy, three focussed on higher education, and five on primary and/or secondary education. Three of the more recent dissertations had “Educating for GNH” as a focal point and given the importance of the Gross National Happiness policy to Bhutan, this is not surprising.

Overall, the personal impact on doctorate holders was positive except for one case. Higher self-esteem was the most numerous affective outcome but confidence, pride and satisfaction were other qualities identified. Sometimes these were wrapped together: “after the award of my doctorate my confidence, self-esteem and morale were automatically raised to higher level as compared to before and during the course of my PhD journey”. Another quality was the respect that they had gained. This is important in Bhutanese culture. These findings are consistent with results from elsewhere. However, the time away from family was a negative. Broadly, then, the personal impacts have been very positive as would be expected in a culture where status is important and where the doctorate is not at all common.

Professional impacts were clearly evident. Leadership in research were specifically identified. Six indicated that they had been resource persons for professional development inside and beyond the colleges including at the national level.  In a culture where there is deference to authority, the fact that five persons specifically mentioned that critical skills were now evident augers well for the credibility of the university. “Others look up to them as good models” one key person said.

Notwithstanding these positive impacts, no less than six key persons observed something similar to “some have (had) little impact upon completion of the educational doctorates”. Additionally, doctoral graduates had their promotion delayed. As one said: “it is quite surprising that getting [a] PhD has negatively affected my promotion. Just because I was away for three years, I have become junior to my colleagues at the college”. This is an important issue.

“Mixed mode” was an issue for two doctorate holders. Spending some months out of country and then months back home created a delicate work/study/family balance. Of course, a full–time scholarship is preferable.

The most important development has been in mentoring including five specifically regarding research mentorship. Not all have been actively involved. Some had taken up positions of responsibility/leadership, as consultants and as an international journal reviewer. Three journals have been revitalised. Two respondents commented on the improvement in college credibility. Sometimes allowances were made for more research to be undertaken, that is, research appears to have been taken as part of workload. In summary, notwithstanding that not all returnees had made a significant contribution, there have been significant impacts upon the two workplaces notably in mentoring and in leadership, particularly research leadership.

Eight respondents were clear that the doctorate holders had made a broad impact with another disagreeing. While several individuals have made a considerable national contribution already, for example in the championing of a national research council. Four PhDs saw their contribution as incremental.

Some returnees had taken the initiative but, as noted above, others have not made a strong contribution. The lack of incentives for returnees (career path/promotion), appears to be hindering some individuals. Six respondents called for the RUB to initiate its own PhD. If it does so then the quality of supervision needs to be addressed from the outset.

Both colleges appear to be benefiting. The data were consistent with the literature on personal impact. Mentoring was perhaps the most important impact and this does not appear in the literature. This is an important finding and augers well since it would appear to reflect a present need in RUB’s academic development.

Significantly, although this was not raised by respondents, there are gender issues. Only three of the 25 Bhutanese key persons were females. Not only are there many less females with education doctorates (four out of 19 so far) but the inequitable treatment of female academics identified in the research by Maxwell et al. (2014) was evident in some data of this study. Gender is an important issue for the colleges and for RUB. More female role models are required.

The issue of promotion needs to be tackled at the university level as it develops independence from previously imposed structures of the Royal Civil Service Council. From a Western perspective, it is hard to understand why an academic would lose years of service when out of country undertaking a doctorate which is directly relevant to their position. Some doctoral graduates were not taking the intellectual leadership as might be expected. This is largely a personal responsibility issue. To some extent these two issues were understandable given RUB faculty’s lack of understanding of research culture where it is understood that senior academics take the lead, but also it has to do with institutional leadership and accountability.

More than half of all education doctorate holders and about half education key persons contributed to this study. The investments made by the individuals, the donors and the government appear to have paid off by most of those who were selected for doctoral study. Not only were there the anticipated personal outcomes but there were considerable professional gains in the two colleges. In these two workplaces, mentoring was building capacity in research. Some doctorate returnees had taken well to leadership roles and more than one of these at the national level. Yet why were there so few taking research leadership roles?

Research appears to be very much on the agenda thus creating a new way of doing things at these two colleges which until a decade or so ago had focused on producing teachers for the burgeoning school system. The two colleges, and indeed RUB, need to include research as a legitimate part of academic workload. This together with an increased emphasis upon research will mean RUB will contribute to the knowledge economy of Bhutan. The question of the impact of doctorate holders in other areas is currently under investigation.

This blog is based on research published in the Studies in Continuing Education.

This article gives the views of the author and not the position of South Asia @ LSE blog, nor of the London School of Economics. Please read our comments policy before posting. Featured image: Samtse College, Bhutan. Credit: Author.

T.W. (Tom) Maxwell is Adjunct Professor in the School of Education, University of New England, Australia 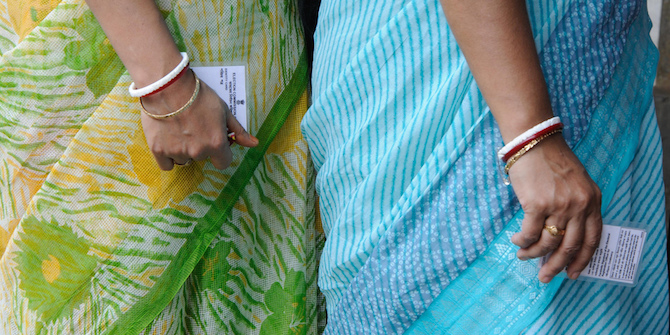 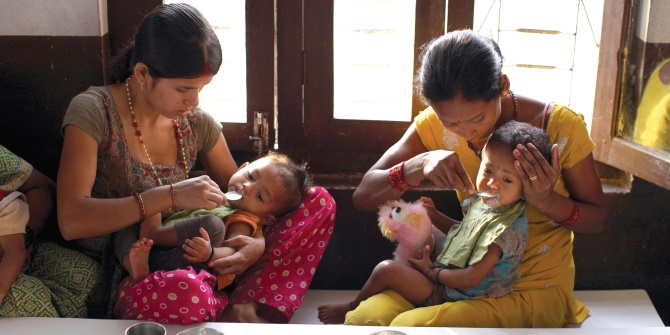