As China’s economy contracts in the wake of the Covid-19 pandemic, and with nearly $20 billion of China’s Belt and Road Initiative (BRI) projects in Pakistan, policy makers in Islamabad and Beijing are keen to reaffirm the importance of their strategic partnership. Here Filippo Boni (Open University) details the recent history of Sino-Pakistan relations, and how Covid-19 has impacted them over the last few months.

In early February, when Covid-19 was primarily affecting China and a number of East Asian countries, the China Daily reported that the Hunza region in Gilgit-Baltistan, donated 7,000 surgical masks to China through the Chinese embassy in Pakistan. This was one of the many messages of solidarity from Pakistan to China, that also included a Senate Resolution in support of China’s efforts, and an exchange between the Pakistani Prime Minister Imran Khan and Chinese President Xi Jinping. An even stronger message of amity was delivered a month later, through a high profile visit by the Pakistani President Arif Ali Alvi to China in March 2020.

The Pakistani President was the second foreign leader – after the Cambodian Prime Minister Hun Sen in February – to fly to China during the Covid-19 pandemic. According to the Joint Communique issued at the end of the visit, the latter “was a singular expression of Pakistan’s solidarity with its “iron brother”, at a critical time for China in its fight against the coronavirus.

Beyond the florid language usually accompanying the joint statements between “all-weather” friends, and the desire to reaffirm the long-standing bond that binds the countries together, the joint communique reflected the different priorities that were behind the visit. For China, domestic stability and international reputation were top of the list. These two intertwined aspects were expressed by Chinese President Xi Jinping, in his speech on 23 February, at a meeting to advance the work on coordinating the prevention and control of the Covid-19 and economic and social development.

The communique provides evidence of China’s priorities. On the domestic front, the text reads that CCP has given “top priority to people’s life and health” and that “China adopted the most comprehensive, rigorous and thorough measures in little time to contain the virus”, concluding that Beijing “will win “People’s War” against Covid-19”. With regards to China’s desire to boost its international reputation, and to portray itself as the country leading the global fight against the coronavirus, the two countries signed a number of memorandums of understanding related to the supply of humanitarian material and emergency materials of epidemic control.

Repaying kindness: #China has provided assistance to 89 countries and 4 intl organzations in the fight against #COVID19. China will never forget the support from other countries during its hardest times. Read the info to see how China repays the goodwill. pic.twitter.com/9cavCGY43o

As part of its “face masks diplomacy”, China has cooperated with both the Federal government in Islamabad – with PM Imran Khan publicly lauding China’s aid to his country – and provincial governments, in particular in Sindh and Punjab. Among other initiatives, Sindh received 500,000 face masks, including 50,000 N-95 masks, donated to the provincial government by China, while China’s Kunming University of Science and Technology will work with Pakistani medical experts to convert a university campus into a 1,000-bed field hospital in Lahore, Punjab. Within the overall branding of these aid initiatives, the Global Times, tweeted an infographic summing up China’s global efforts against Covid-19, and Pakistan featured at the very top of this.

As far as Pakistan is concerned, the visit was aimed at reaffirming its solidarity with China at a time of need, with an eye on Kashmir and CPEC. After reaffirming the strength of Sino-Pakistani relations, the joint statement reported that the two sides “exchanged views on the situation in Jammu & Kashmir” and that “the Pakistan side briefed the Chinese side on the latest developments, including its concerns, position, and current urgent issues”. China, on its part, declared opposing “any unilateral actions that complicate the situation”. Interestingly, a number of Pakistani and Indian newspapers highlighted this aspect of the joint statement, which also prompted a reply from India’s Ministry of External Affairs “rejecting the reference” to Kashmir, whereas Chinese media outlets emphasised in their coverage China’s commitment and resolve in fighting the virus.

The visit from President Alvi also served to lay the groundwork for the 10th Joint Cooperation Committee, the institutional framework behind CPEC. The Pakistani delegation during this visit included the Minister for Planning, Development, Reforms and Special Initiatives, Asad Umar, and the two sides signed an MoU on establishing Joint Working Groups on Science and Technology and Agriculture between the Governments of China and Pakistan, under the overall CPEC umbrella.

The fact that CPEC was discussed even during the pandemic demonstrates how both sides felt the need to pick up again pace on the projects, which have reportedly slowed down in the past months. It should thereby not come as a surprise that during the current lockdown, Prime Minister Imran Khan ordered a relief package specifically aimed at the construction industry, and he directed resumption of all the CPEC-related infrastructure and energy projects. In addition, there were reports that the port of Gwadar, the starting point of CPEC, was still operational during the current crisis.

On the cards there is the yet to be confirmed visit of Chinese President Xi Jinping to Pakistan later this year, but also the Belt and Road Initiative’s global reputation. Having made CPEC the “flagship project” of the BRI, China is keen to project the economic corridor, and its wider engagement with Pakistan under this framework, as a success story. At a crucial time when China has undertaken a global propaganda push, Beijing may have well realised that the BRI’s reputation passes also through the ability to move things forward in Pakistan. Islamabad has been one of the chief enthusiasts of the BRI, and it is the country that has by far the most advanced set of projects, both institutionally and in terms of completion rates.

As China’s economy contracts in the wake of the pandemic, the challenge for Beijing will be to reconcile the need to re-ignite domestic consumption, with the need to move ahead with the BRI, the project at the heart of Xi Jinping’s vision of China’s role in the world. Pakistan, with its nearly 20 billion BRI projects, is at the centre of this and BRI watchers should follow closely developments in the country, to get an indication of how things are going to develop along the BRI.

This article gives the views of the author, and not the position of the South Asia @ LSE blog, nor of the London School of Economics. Image: Blue and Black Truck in Pakistan. Credit: Ali Madad Sakhirani, Pexels.

Filippo Boni is a Lecturer in Politics and International Studies at the Open University. He is the author of Sino-Pakistani Relations. Politics, Military and Regional Dynamics (Routledge, 2019). 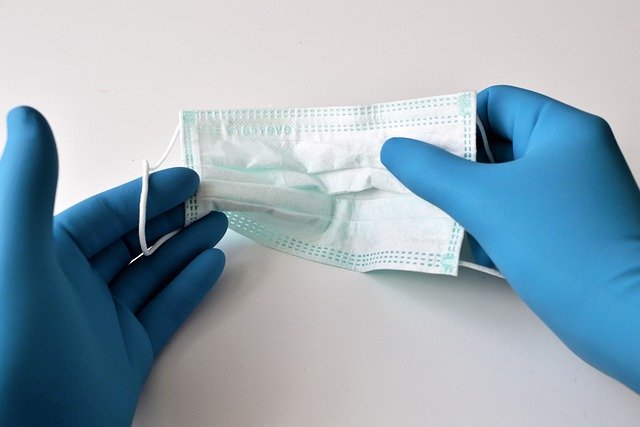