Relations of care undergird surviving commoning and customary livelihood practices that are intrinsically collective in nature. These complex socio-cultural phenomena that lie outside the domain of property relations and resist theoretical formulation, are imbued with care in particular and universal ways. This post argues that our survival hinges on our ability to protect this invaluable heritage from enclosure.

Care is missing from our world. Not totally — as all of us are familiar with expressions of care — but increasingly so, possibly because care — as we know it — has been commodified. And that is perhaps the reason why we need to build back differently, and ask: can structures and relations of care survive, grow, develop, reproduce or evolve in a society ruled by the market?

My association with the study of inter-state migrant workers in construction in Chennai (2014–15; summary report here) with Dr Sunil Kumar (LSE) sought to understand the urbanisation–migration phenomena within a context of continuing enclosure in its various forms – from physical to socio-cultural. First, by asking how the narratives of debt, costs of marriage, health and house-building, floods and drought, pollution and crop failure and the fragmentation of community can be read as outcomes of enclosure of natural and cultural heritage, promoting migration? Second, by examining the role of planning and policy in the promotion of an urbanisation crafted by technocratic “experts”, sponsored by the state and reflecting perspectives that are devoid of local context. And third, making visible the role of finance capital in the explosive growth of the real estate–construction sectors and its ability to influence policy, appropriate land, water and other resources and displace customary livelihoods and local–regional cultures.

Though time and scope constraints limited this exploration, we found that the drivers of migration — especially those promoting socio-cultural enclosure — are those that pose the greatest challenges. A key indicator came from the newer migrants from the east (like Ganjam, Gajapathy, Srikakulam, Vizianagaram, etc) — in their desire to quit migration once they had cleared their debts or accumulated enough savings to “build back better” — for which they typically gave themselves 3–5 years. However, they soon found that it was not as easy as they thought, and they had to keep at it just in order to stay ahead of the curve. Those from the central India (like Sundergarh, Rayagada, Gaya, Garhwa, etc) — with longer histories of migration — were under no such illusion. But despite scanty signs of inter-generational mobility in skills and significant numbers with parents or children as migrant construction workers, most were clear that migration was not an option in the long run. One can treat this as a comment on the prospects of the social relations mediating urbanisation versus the social relations mediating commoning and customary livelihoods, or in short, community. And if they were voting to eventually go back, can we surmise that the value of the structures and relations of care subsisting in their socio-cultural contexts trumped the uncertainty and risks currently associated with such a preference?

But would we think that the enclosure of the socio-cultural contexts supporting agriculture, animal husbandry, forestry, gathering, fishing, craft or commoning are challenges affecting not just the migrant workers and their families but every one of us? This may sound odd, but if we can see that the urban growth we are so familiar with and often take for granted, is founded on extraction at rates and scales that make it a major contributor to environmental degradation and the climate emergency, eroding the very basis for our survival as a species, we will appreciate that this abuse of our natural heritage also involves the decimation of our cultural heritage.  The repository of all the wisdom that people have successively inherited and bequeathed over generations, about the intersections between themselves and their environments, distilled in diverse, inter-related, productive, redistributive, creative and regenerative practices, is not immune to the distortions of historically contingent developments. Again, can we describe this inheritance in terms of the structures and relations of care that undergird commoning and customary livelihoods, engendering community?

We stand witness to the accelerating erasure of diversity – whether of species or culture – and the struggles of millions of people to continue to determine how they live. In my role as a rights activist, I have drawn young people into efforts to map commoning and customary livelihoods in contexts where their physical and psycho-socio-cultural spaces are threatened by enclosure. I shall briefly refer to two such related instances to suggest how structures and relations of care may be gleaned from them.

The 336-acre Kattupalli Port, just north of Chennai and located on the Araniyar–Kosasthalaiyar estuary, formally taken over by the Adani Group from L&T in 2018, is planning a 20-fold expansion and wants some 6,110 acres of land to achieve this target. The problem is that the lands sought are coastal waters, river and floodplains including salt pans, mangroves, and grazing and agricultural lands. The privatisation of the Commons — which comprise over 80% of the land to be acquired – will encroach on the fishing grounds supporting some 60 fishing villages from Ennore to Pulicat, and strangle the customary livelihoods of several other villages engaged in inland fishing including the hand-picking of prawn and crab, grazing and farming in the estuary.

While there are many serious environmental implications of the proposed port expansion, let us look more closely at a customary practice unique to this region. Several of the inland fishing villages have for many generations cultivated prawn to fund their temple festivals and other expenses. These traditional community prawn farms (kattu in Tamil) are in the low-lying floodplains or saltpans of the estuary. During the monsoons the river floods these wetlands with brackish water rich in the eggs and larvae of prawn, fish and other crustaceans. Earthen bunds are erected to impound the water in a kattu and adult fish or prawn are harvested from it at the end of the growing season. There are 5 such kattu created and used by the people of Ramanathapuram, spread over some 280 acres of the Commons affected by the proposed expansion.

Each year after the onset of the rains, the rights to cultivate prawn in the kattu are determined by an auction held by the village committee of community leaders (oor nirvagam), and records maintained with the temple traditionally associated with each kattu. This is a rare surviving instance of customary rights that are held and realised collectively. 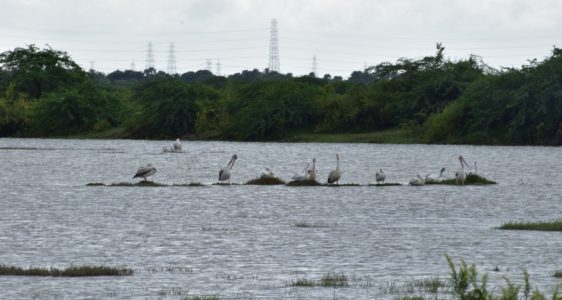 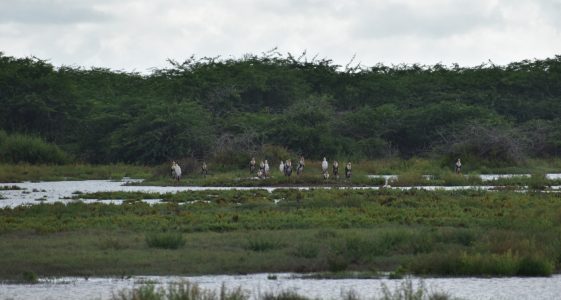 Similarly, the new Chittoor-Thachur 6-lane expressway is a 126 kms long project traversing two districts for container traffic from Bangalore-Mysore to the Kattupalli and Ennore ports. It will force the conversion of some 1,200 acres of fertile, 3-crop land belonging to over a thousand small and marginal farmers, in just 41 kms of its run in Thiruvallur district. With the proposed alignment running parallel to the Nagariyar-Kosasthalaiyar and Araniyar, it cannot avoid cutting through many traditional irrigation tanks (eri) that are between 500-1,000 years old, and their channels. These tanks are networked and often irrigate lands in several villages besides replenishing wells and borewells sunk in their vicinity, hosting the cultivation of one or sometimes two crops by marginal cultivators and landless farmers and supporting the grazing needs of thousands of head of cattle in the off-season. While their construction may have been sponsored by local rulers or feudal chiefs, it is significant that the control of the assets created remained in the hands of the people engaged in the customary livelihoods dependent on the system, notwithstanding caste dynamics. The remarkably democratic eri committees were known to provide for the rights of the landless, animal herders, agricultural workers and fisherfolk.

We may indeed argue that the continuous and unbroken practice of commoning and customary livelihoods from time out of mind, has nurtured the relationships between man, other living things and their shared physical environments, weaving a web of symbiotic inter-dependencies that constitute a dynamic ecological balance. However, the burden of this piece is that it is not so much the distinction between caring for and caring about that is critical but the social relations that mediate care. In other words, a market society typically excludes care or commodifies it, while a commoning society is founded on care and fosters community or the collective pursuit of becoming human.

is an architect with Peoples Architecture Commonweal in Chennai, India, a teacher and rights activist who works with young people, unorganised workers and communities facing dispossession and displacement. 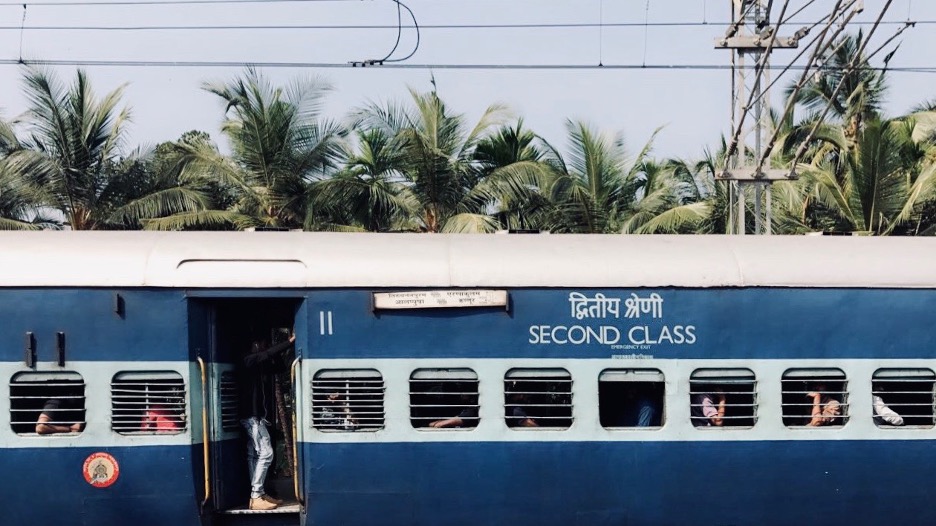 Bad Behavior has blocked 930 access attempts in the last 7 days.