Traditionally, India’s development cooperation with Africa has been rooted in ideas and praxis supporting a recipient-led approach, in contrast to more donor-led processes, which it ascribes to Western development cooperation with Southern countries. Barnaby Joseph Dye here analyses some recent changes in India’s thinking to find signs of convergence and persistent differences between the two approaches.

India is a major provider of development cooperation, partnership activity that aims to support economic advancement in developing countries, but its approach is changing. Originally occurring under a laissez-faire framework of non-interference that allowed recipient governments to decide what is done and how, New Delhi has more recently adopted specific policies from the ‘development establishment’, including the World Bank and ‘Western’ donors like the UK.

This matters, given growing global uncertainty. The recent invasion of Ukraine by Russia could suggest acceleration towards an increasingly bifurcated world of rival, great-power blocs. Although important differences in today’s world complicate comparisons with the past Cold War, these trends suggest a future of deep geopolitical divides and alternative governance practices. Simultaneously, however, such trends of division contrast with the past three decades of ever-growing integration, with the economic rise of countries like India and China creating a flatter world and evidence of policy convergence. Development is one of the areas where this debate about divergence and convergence has played out, with a discussion of similarities and differences between the practices of ‘new’ donors from the Global South and ‘old’ ones from Europe and America.

Somewhat mirroring its independent foreign policy stance, India’s development cooperation shows evidence of both convergence and divergence. Recent research shows a pattern of uneven convergence whereby selective policies to improve the technical aspects of projects are adopted, without the norms around human and environmental rights.

The ‘Push’ of Domestic Politics

This pattern of uneven convergence stems largely from the Indian government’s domestic concerns. At the last India–Africa Forum Summit, the flagship event setting the agenda for development cooperation with Africa, a series of scandals and complaints pushed a change in policy. Prime Minister Narendra Modi planned the 2015 event to mark a new era for India–Africa relations, inviting delegations from all 54 African countries and lavishing the red-carpet treatment on them. Modi’s government made bold promises to rapidly scale-up development cooperation, including a doubling of Lines of Credit (LoCs) to US$10bn, US$600 million in grant assistance and 50,000 scholarships.

However, just days before the flagship summit, The Indian Express published an explosive article about the country’s flagship development-cooperation scheme, the concessional loans termed Lines of Credit. It exposed how four, relatively inexperienced and questionably qualified companies had bagged a large share of the loans to Africa and the majority of infrastructure projects. The Export-Import (Exim) Bank, the government agency handling this concessional credit, had raised a ‘red flag’, posing questions about how such companies became involved in the majority of LoCs.

The drama intensified when a few months later, in February 2016, India’s Enforcement Directorate raided the homes of former ambassador Deepak Vohra. He worked with the largest of the four companies, Angelique, to secure contracts in Africa. Corruption was suspected. African leaders and diplomats also raised concerns about delays and problems with the concessional loans in meetings with Indian counterparts.

These scandals and complaints prompted a new set of regulations for India’s development finance. They markedly increased scrutiny whilst engaging in the process of determining development needs and designing projects. The new regulations also removed African governments’ role in contracting Indian companies, moving this process in-house to the Indian ExIm Bank. Changes also mandated a competitive bidding process on deals that had previously been agreed behind closed doors between Indian companies and African governments. They also allowed the ExIm Bank to disqualify inexperienced companies from entering bids in the first place.

Together, these changes demonstrate a sizeable shift from the previous non-interventionist, sovereignty-first, demand-led policy associated with India’s past development cooperation programme. The Indian government is now far more involved in deciding what projects occur in its development cooperation schemes, who implements them and how. This trend has continued as the 2015 policies were implemented. Rather than the earlier, open-ended engagement principle, think tanks and academics in Delhi have been advocating for development cooperation with a stronger focus on outcomes. Additionally, officials in and outside government call for more strategic interventions that join-up governmental and private-sector action to deliver development for recipients.

This shift suggests some degree of convergence with the policies of what could be called mainstream or ‘Western’ development institutions as represented by organisations like the OECD’s Development Assistance Committee (DAC) or the World Bank.

Just as important has been a shift in aid agencies from Europe and America towards practices associated with the likes of China, India and Brazil. For example, building infrastructure and increasing economic growth and corporate investment are now key aims, replacing the previous primary attention to poverty reduction.

Despite such evidence of convergence, caution and nuance is needed. Certainly, with regards to India, such development cooperation remains focused on improving the technical aspects of projects. Monitoring and engineering quality are key concerns, not social and developmental outcomes or the people positively and negatively affected. These are left for the recipient government to care for (which often means they are overlooked).

The next India–Africa summit may change or advance this trajectory. India’s foremost diplomatic summit with Africa was first postponed because of Ebola in 2019 and then twice more in 2020 and 2021 with the Covid-19 pandemic. India will be keen to go ahead with the summit soon, not least given the fact China managed to hold its triannual inter-government event towards the end of 2021.

We might see stronger attention on projects’ planning processes, or governance of their outcomes. Equally, there may be efforts to push for a stronger joining-up of different schemes run by the Indian government in particular countries. This has not yet materialised, but it seems likely that rather than conforming to a ‘Western’ or ‘Southern’ model of development, India’s uneven convergence will result in its own unique approach.

This post has been cross-posted with Africa at LSE blog.

Dr Barnaby Joseph Dye is a Research Fellow at the University of Manchester, studying the politics of development. His main interest lies at the intersection of two major global trends; firstly, a boom in dams and infrastructure construction and, secondly, the rise of states from the Global South and their establishment as major development-cooperation actors. After degrees at Cambridge and King’s College, London, Barnaby completed his doctorate at Oxford. He has published numerous academic articles and policy reports and has a book contract with Oxford University Press. 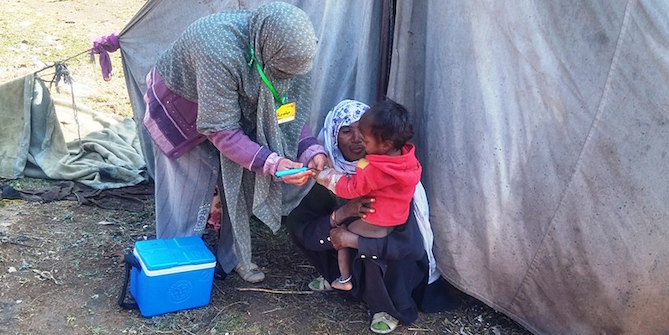 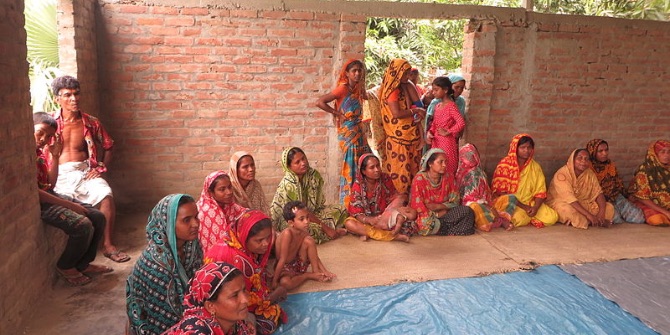 Bad Behavior has blocked 943 access attempts in the last 7 days.