Extreme weather events, such as floods and cyclones, have increased in number in recent years. At the same time, there is growing evidence that providing for anticipatory humanitarian action – rather than post-event action – can give the affected populations more dignity, security and time in dealing with the impact of these shocks. Such anticipatory action, however, requires accurate weather forecasts, as well as mechanisms to provide financial resources on an ongoing basis. David MacLeod, Evan Easton-Calabria, Erin Coughlan de Perez and Catalina Jaime present research findings that evaluate both these factors in the context of Myanmar, one of the countries most at risk in its region.

In recent years countries in parts of Asia have experienced more extreme weather events that in cases have turned into disasters. Regular hazards include extreme rainfall, cyclones, river floods, and storm surge.

Myanmar is one of the countries in the region particularly at risk of these hazards and is in fact one of the countries most vulnerable to climate change in the world. Much of this vulnerability is already evident, with severe drought events increasing and cyclones — once considered 1-in-3 year events —  now occurring almost every year since the new millennium. One of the most devastating of these was Cyclone Nargis, which in 2008 killed 140,000 people, displaced over 800,000 people, and affected millions of people through 12-foot storm surges. Other severe disasters have occurred more recently, such as the 2019 heavy monsoon rains that overflowed rivers and led to seasonal floods in many regions of the country.

The impacts of extreme weather events such as these drive and compound poverty, increase health risks, and reduce opportunities for viable livelihoods. While Myanmar has made significant strides in enacting early warning systems and taking other preparedness measures, experts warn that its disaster preparedness is still not enough. 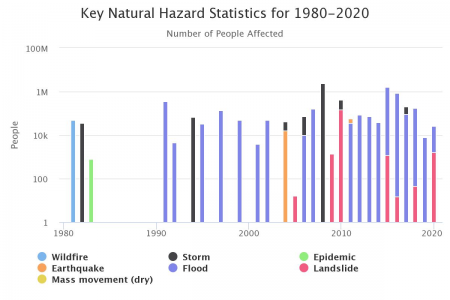 One of the reasons that Myanmar was so unprepared for Cyclone Nargis was that the country lacked a weather radar network to forecast cyclones or the location and height of storm surges.

These challenges have led humanitarians and others involved in preventive- and disaster-risk-reduction responses to seek to understand how well extreme weather events in the region can be forecasted in order to better anticipate and respond to arising humanitarian needs.

This type of humanitarian action is known as anticipatory action (or forecast-based financing within the Red Cross Red Crescent Movement). It is complementary to but often contrasted with humanitarian responses provided after a disaster.

Over 60 countries currently have anticipatory action mechanisms, led by a variety of actors such as UN OCHA, FAO, START Network, and the Red Cross Red Crescent. FAO is currently the main international agency implementing anticipatory action projects in Myanmar, although others such as the Red Cross have highlighted significant interest in conducting anticipatory pilots. FAO aims to help farmers increase production and ensure planting before the monsoon season through vegetable kits, poultry feed, rice seeds, and fertilisers provided to displaced people as well as hosts in rural areas. It has also provided extensive technical trainings to government staff on Early Warning Early Action interventions as well as provided weather monitoring equipment for different parts of the country.

There has also been growing interest in adding a forecast-based financing component in South Asian countries to the Southeast Asia Disaster Risk Insurance Facility (SEADRIF), a new insurance mechanism meant to strengthen countries’ financial resilience in the face of climate and disaster shocks.

Such a mechanism could offer predictable, pre-agreed funding for early action in the face of covered extreme weather events, with SEADRIF payouts proposed for 1-in-10- or 1-in-30-year events. Humanitarian agencies such as the Myanmar Red Cross have expressed strong interest in such a model though concerns about the implications of paying for premiums have been raised, as well as whether a SEADRIF insurance policy might in fact limit their responses to non-covered emergencies.

Regardless of mechanism, for people wanting to take anticipatory humanitarian action, forecasts are needed to alert them to a potential disaster. And, in order to make use of them, practitioners need to understand how well forecasts perform to ensure they set up effective action mechanisms. However, in countries such as Myanmar, very few observations exist which can be compared to historical forecasts in order to assess the reliability of forecasts, meaning that opportunities for anticipatory action are still limited. Our research examined the ‘skill’ or ability of forecasts to predict extreme rainfall, tropical cyclones (TC), river floods, and storm surge in Myanmar as well as the Philippines with the aim of understanding how anticipatory action can be undertaken in these countries.

Our Findings : We evaluated extreme rainfall forecasts from the European Centre for Medium-Range Weather Forecasts (ECMWF). ECMWF forecasts over Myanmar show some skill. However, forecasts are significantly overconfident (Figure 2) meaning it is difficult to plan anticipatory humanitarian action based on these.

Points for Future Research and Practice: In order to improve forecasts for extreme rainfall, scientists should clarify the definition of extreme rainfall in relation to flooding impact, in part by consulting in-country experts in Myanmar (i.e., meteorologists and hydrologists) and assimilating local observations into forecasts to create more opportunities for recording and verification.

Figure 2: Verification of a 99th percentile three-day precipitation over all Myanmar gridpoints, for forecasts starting two days ahead. In all cases false alarm ratios are higher than 80%. Source: MacLeod et al. 2021: 5.

Our Findings: Understanding where a TC will land and its level of intensity (Track probability) is important to understanding the type and location of humanitarian assistance required. We found that once a tropical cyclone has formed, the probabilities provided in the ECMWF track forecast are highly reliable and only slightly overconfident (see Figure 3).

For humanitarians wishing to plan for long-term anticipatory action by understanding seasonal forecasts of TC activity, we find no skill for the North Indian Ocean, and potentially limited skill for the Western North Pacific. Given this, it is not recommended to use seasonal TC forecasts until significantly more evaluations have been conducted.

Points for Future Research and Practice: We do not recommend that humanitarians use long-term (e.g., 3-week TC activity) forecast in Myanmar because (1) the forecasts are not very accurate, and (2) cyclone activity is not the same as impact. However, normal TC forecasts are very good for track (though not for intensity) so can be used to some extent for humanitarian anticipatory planning.

Further, scientists can improve knowledge for humanitarian practice by analysing why the skill of forecasts has different reliabilities in the Western North Pacific, where it is fairly strong, and North Indian Ocean cyclone activity, where it is fairly poor. It is important to find out whether the differential skill in forecasting is due to the difficulty in predicting the genesis of the TC or its activity once formed.

Figure 3: Reliability of ECMWF tropical cyclone forecasts across all forecasts, including genesis; based on the operational model 2010-2012. Source: MacLeod et al. 2021: 9, from Yamaguchi et al. 2015.

Our Findings: We analysed river flooding forecasts from the Global Flood Awareness System (GloFAS) produced by the ECMWF with the Global Flood Forecasting Information System (GLOFFIS) produced by Deltares. Both GLOFFIS and GloFAS have issues.  Overall, our findings indicate that the potential for forecast-based action depends highly on the location within Myanmar, as there is a large variation in discharge forecast skill across stations.

Points for Future Research and Practice: Based on our findings, observed floodwater upstream will be an important indicator to help give more accurate warnings at short lead-times. If humanitarians are interested in using GLOFFIS forecasts, a full GLOFFIS reforecast should be created and evaluated, which would fill a large gap in data. The skill of any existing regional calibrated models already in use in the region should be evaluated.

The research described above helps to better understand forecast skill over Myanmar. Understanding this — even if it is low — is an essential part of creating robust and effective anticipatory action systems. These in turn provide a vital component for resilience to future extreme weather and climate hazards.

This article gives the views of the author, and not the position of the ‘South Asia @ LSE’ blog, the LSE South Asia Centre or the London School of Economics and Political Science.

David MacLeod is a climate scientist at the University of Bristol, and works with the Climate Centre and National Red Cross Societies.

Evan Easton-Calabria is Senior Researcher at the Feinstein International Center, Tufts University, and Research Associate at the Refugee Studies Centre, University of Oxford.

Catalina Jaime is a doctoral researcher at the University of Twente, and is Manager, Climate and Conflict at the Red Cross Climate Centre. 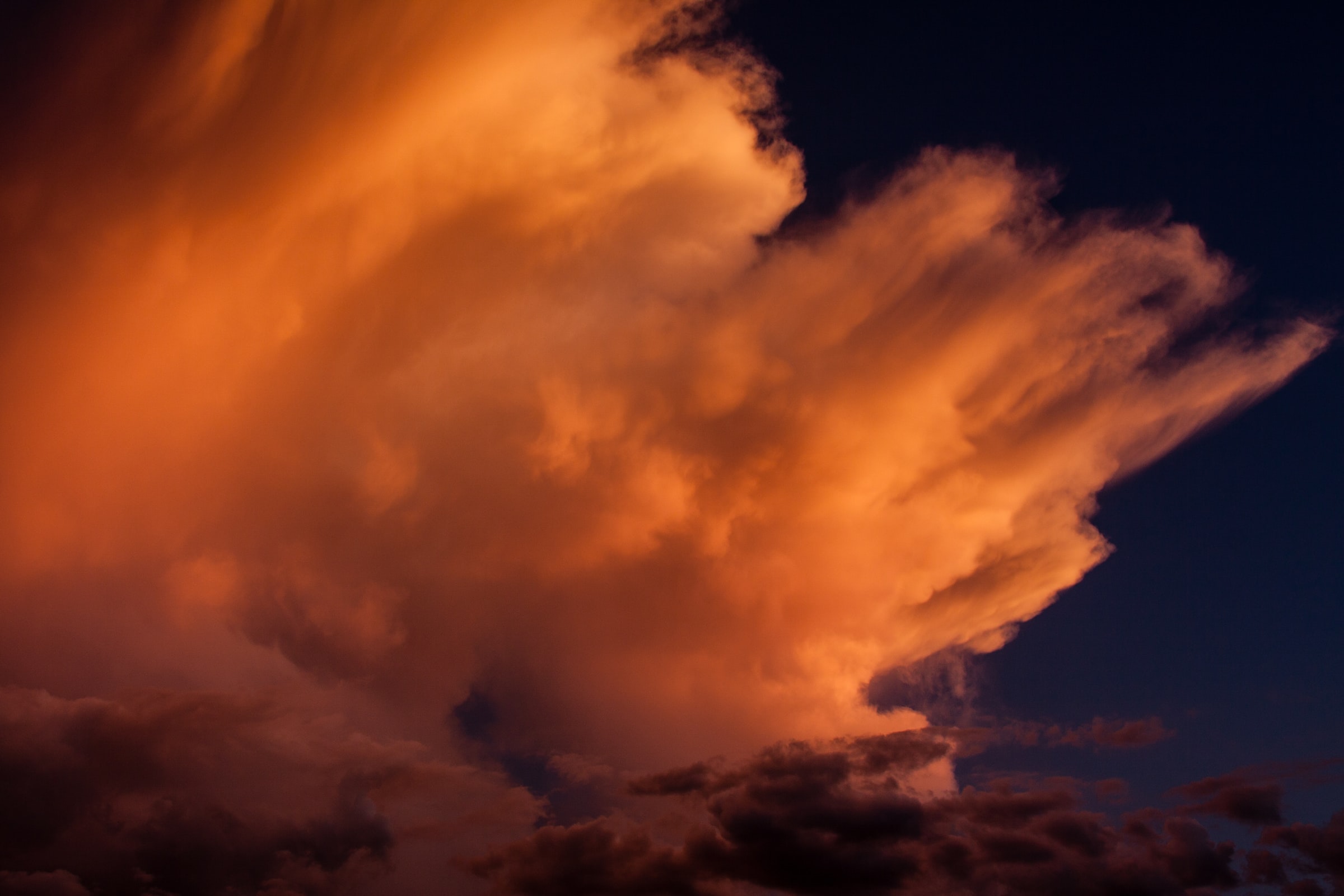