Ah, yes… Here we are, nearing the tail-end of my second week in London/at LSE, otherwise known as my first week of British uni (short for university). I have attended lectures on European history, 20th century English literature, political and legal anthropology, and economic/globalisation anthropology. At the LSE, we are required to take four course units. I have chosen to take the aforementioned year-long courses, taught over three trimesters, so these subjects will be my focus. Courses are broken down into hour-long lectures and hour-long classes. In lectures, the professor introduces the topic being covered. Then, we reconvene in classes held a few days after lecture, where the professor or class teacher guides us through discussions of our assigned readings in a more intimate setting.

My professors weren’t straightforward with their expectations; they didn’t hand us a reading list with specific readings corresponding to a particular week’s lecture. Nor did they give us advice on to how to succeed in their course. Instead, the professors made note of essay deadlines and presentations and swiftly moved on to the introductory lecture. Initially, I was daunted by the length of my reading lists, some of which ran fifty pages in length. Even worse, however, is that I am used to 100-page printing quota per week where I can print all of my readings and lecture sides. At LSE, I am charged per printed face. Given the not-so-cheap living environment that is London, I have decided to purchase select textbooks and read assigned articles, passages, and chapters online (she says cringing…). I then take notes on the readings in a notebook so that I have something tangible to refer to during discussions.

More notable however, is the emphasis on presentation skills. In most of my courses, I will be required to deliver a ten-minute presentation on a particular topic. One of my professors reinforced that he wanted us to leave LSE with a honed set of transferable skills, among them public-speaking. Never before had I met an academic concerned about my postgraduate employability prospects.

Generally, the British uni system encourages independent work and minimizes the time spent in lecture halls or classrooms. That isn’t to say that professors aren’t accessible — they most certainly are via office hours (as is the norm at Columbia). The academic year is simply structured in a more efficient manner.  In total, I spend eight hours in class or lecture per week, leaving me with a great deal of time to immerse myself in loads of reading, but also to cultivate myself in non-academic ways.

As I’ve already mentioned, I live in the literal center of London. While this comes with the downside of a continuous tourist presence, it also means I have access to some truly fantastic cultural attractions. On Friday evening I spontaneously decided to join my good friend Lucy on a free guided tour of the National Portrait Gallery. The tour began at 19:00 and was led by an art connoisseur who shared with us the important historical and contextual details of 5 selected paintings in the 25oo-or-so portrait collection. Perhaps my French inclination was particularly prevalent that evening, or maybe its simply because we ended our tour at Claude Monet’s “Bathers at La Grenouillère” (1869), but I was mesmerised beyond words by each and every Manet, Monet, Degas, Renoir, and Cézanne painting upon which I laid my eyes. Impressionist paintings give you fleeting insight into a moment unfolding before you. They transport you to a time and place, in this instance to La Grenouillère, a resort on the Seine just beyond Paris. During my 12 km run along the Thames the following day, I couldn’t help but think of Monet’s, “The Thames Below Westminster” (1871), which I also had the pleasure of viewing that evening. As you can probably tell, this will not be the last you hear of Impressionism…

On LSE Societies and Upcoming Travels

This week was also filled with wonderful extracurricular and social entertainment. Last week I joined numerous societies at Freshers’ Fair, among them the Bacchus Society, French Society and Itchy Feet (Travel and Backpacking) Society. This week the Annual General Meetings (AGMs) for many of the societies were held.  We convened to elect our governing body for the academic year and to meet our fellow society members. Wednesday night I attended the AGM for The Bacchus Society, dedicated to hosting regionally themed wine-tastings. For our first meeting, we were asked to bring a bottle of wine from our home country and share it with our fellow members. To give you a sense of the evening’s diversity, wine hailed from New Zealand, California, France, Spain and many other places. The entire night I was reminded that the love of wine is virtually universal — post-graduates, undergraduates, and people from all over the world gathered at LSE Bacchus Society event in pure merriment and will continue to do so… What more could one ask for?!

The following evening, I attended the French Society AGM. After watching three candidates automatically win their elections due to a lack of opposition, I mustered up the courage to stand before the general body of members and explain why I was exceptionally qualified to serve on the governing body. However, I wasn’t the only one with this brilliant idea. Now there were three people standing (the British word for “running” in the context of an election), myself included, and only two positions. I gave my speech, laughs were had and I spontaneously answered questions. Sadly, I was not elected. A fleeting feeling of desolation washed over me when I initially heard the news, but I soon composed myself. I still plan on attending French Society events in hopes of continuing to forge relationships with my French comrades of which there are many at LSE.

I briefly mentioned that I joined the Itchy Feet Society, whose mission it is to organise and lead travel/backpacking excursions internationally, within the UK, and in London. I am headed to Madrid with the society the first weekend in November (if all goes accordingly), and we have been advised to pencil in an upcoming trip to Edinburgh. You can be sure to read about my adventures there in the coming weeks!

For now I leave you with a sleepy mind and content soul.

Bonjour! I was born in Paris, France and raised in Cambridge, MA, USA by a French mother and American father. Consequently, I am a dual citizen and fully bilingual. I study sociocultural anthropology at Columbia University in New York City, and have a special interest in medical anthropology. I am also pre-med; after earning my bachelor's degree, I will attend medical school and become a surgeon. At LSE, I study anthropology, English literature, and European history. As a city-slicker, a year in London is nothing short of ideal! My interests outside of scholarly pursuits include, dancing (ballet and modern), watching the world's dancers and choreographers pour out their souls on stage, long-distance running, creative writing, reading, film, socialized medicine, peer-mentoring, observing surgeons in the operating room, and volunteering in the Emergency departments of urban hospitals. 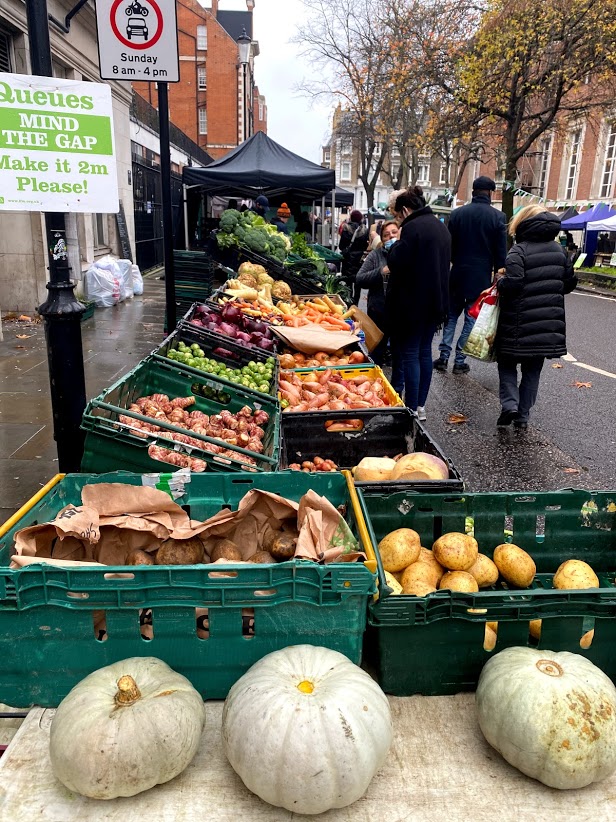 Kensington Farmers’ Market – Why You Need to Visit

Bad Behavior has blocked 343 access attempts in the last 7 days.