The Amartya Sen Lecture: Law, Economics, and the Republic of Beliefs

The Amartya Sen Lecture: Law, Economics, and the Republic of Beliefs 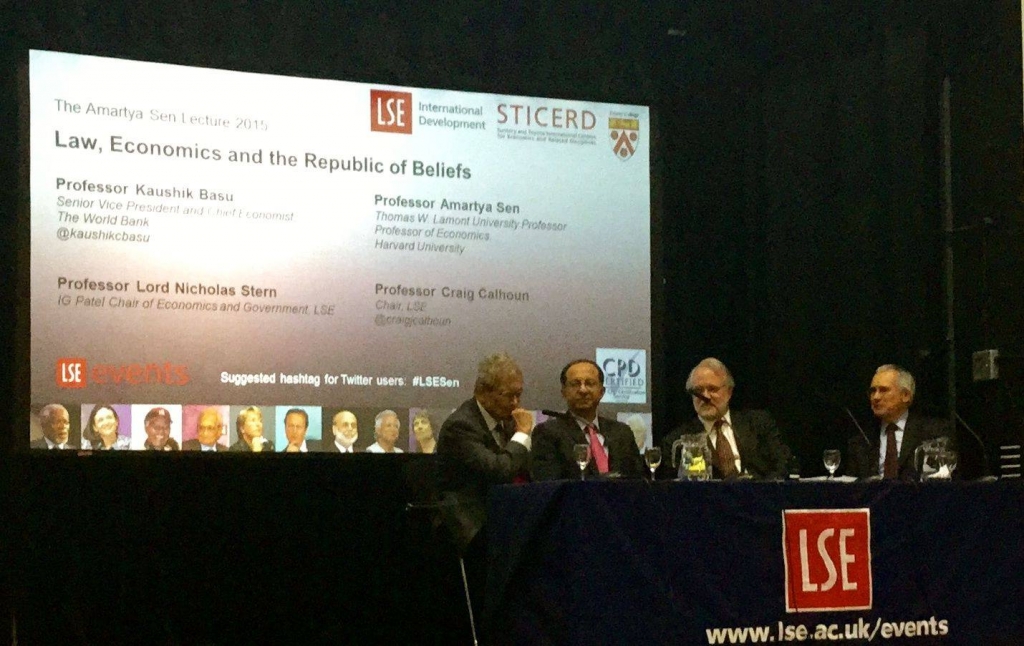 Professor Kaushik Basu, Senior Vice President and Chief Economist of the World Bank, recently came to the LSE to deliver a lecture in honor of Amartya Sen. Sen, who counts Basu amongst his many former students, was also in the audience and spoke after hearing his formal doctoral student give a lecture honored in Sen’s name.

Basu, a prolific Tweeter (he has over 50,000 Tweets), said with a pinch of modesty that his most re-Tweeted message was not his comments on inflation, the Eurozone Crisis, or the Treaty of Lisbon.

“[It was] a completely trivial true story of Amartya, which I fitted into 140 characters,” said Basu.

“A young Amartya studying in Canada, little known at that time, would, in exasperation, tell people how to say his name by saying, S for Somebody, E for Everybody, and N for Nobody.”

Nobody in the audience can argue against the fact that today, at 81 and a clear somebody, Sen continues to captivate everybody with his trenchant wit, and in his honor, Basu delivered a speech on how insights from models of game theory can be applied to the effective enactment of laws.

Earlier in his career, Basu was tapped on the shoulder to become the Chief Economic Advisor to then Indian Prime Minister Manmohan Singh. As Singh’s advisor, Basu was especially keen to tackle the issue of bribery.

“I put my mind to it as Chief Economic Advisor,” said Basu. “All the time in petty ways you could feel it in India; there was agitation in the streets that this ought to stop.”

“An idea struck me, and if I had done it later in my career, I wouldn’t have done it. I wrote up a paper on the corruption in India and posted it on the webpage of the Ministry of Finance,” said Basu.

“And a furor broke out.” 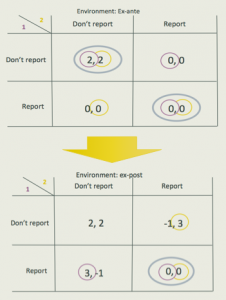 Basu’s paper (which is still online here), was a recommendation to revise the Prevention of Corruption Act (1988), which stipulates that both bribe-giving and bribe-taking are considered criminal acts.

“Whenever there’s a bribery incident in India, the incidents weren’t reported, because once the bribes had taken place, the giver and the taker had a common interest to hide the fact of bribery,” said Basu.

To solve the problem, Basu “used some very elementary two-period subgame perfection from game theory,” which he admitted weren’t the exact words he used in his paper.

“Let the law be changed in harassment bribes,” said Basu. “In those cases, double the punishment of those who are taking the bribe, and you should make bribe-giving a legal act.”

There was a strong public reaction against Basu’s suggestion, and he was invited to appear on public television to defend his views.

“Usually these are slimy matches where you scream and shout,” Basu said.

“I did not mind these matches, but I thought I had given enough grief to the Finance Minister—who is now the Prime Minister of the country—that I thought I should ask them if they wanted me to appear.”

Making the call, Basu learnt that the Finance Minister was away in Vietnam, so he phoned Prime Minister Singh instead, who did not object to Basu defending his ideas.

Basu’s ideas draw directly from notions of game theory in which the law is revised in such a way that the payoff to the giver and the receiver of the bribe is changed. By pardoning the bribe-giver, it is no longer an equilibrium for the bribe-giver to continue maintaining his silence.

Law and economics in Japan

There are similar cases where policymakers try to induce a new form of societal behavior. For example, in my home country of Japan, in 2006 the Japanese government introduced the Leniency Program in its Antimonopoly Law, under which the company that whistleblows on collusive bidding will not be penalized for its past actions in an effort to put an end to the collusion among construction companies for public projects.

Skeptics of the reform were surprised to find that the number of whistleblowing companies increased year by year.

While corruption is still an ongoing problem in India, the Leniency Program in Japan provides an interesting case that suggests that the application of game theory to law is an effective way to encourage a certain mode of behavior.

A reply by Sen

After Basu had delivered his lecture, Amartya Sen, who had been quietly listening to his former student’s speech, first talked nostalgically about having Basu as a student at LSE.

“It was delightful to have Kaushik in my class,” said Sen. “He was working on a thesis called ‘Revealed Preferences of Government’ which was published in the Journal of Mathematical Economics. What happens if you assumed that the government is trying to pursue, consistently, some goals? Kaushik showed that [what governments are trying to do] is absolutely bizarre.”

Sen then gave a reply to Basu’s points on the role that economics can play in enacting and revising laws.

But, says Sen, there is a “tipping point,”— say 30 or 40% of the population — that needs to be reached before eventually everyone quickly shifts to a new societal equilibrium.

Supposing that there are two candidate states of society—say a good state and a bad state—it is important to go over a certain threshold upon which suddenly everyone will migrate towards that state.

Policymakers with a strong grounding in economic theory may help expedite the realization of “good” states—though they may have to weather a few slimy matches on television in order to prevail. 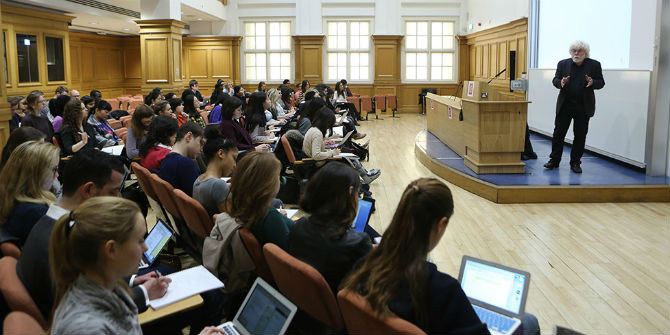 My first week at LSE: A Reflection 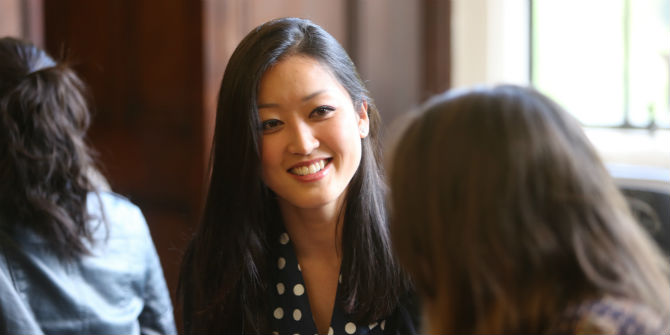 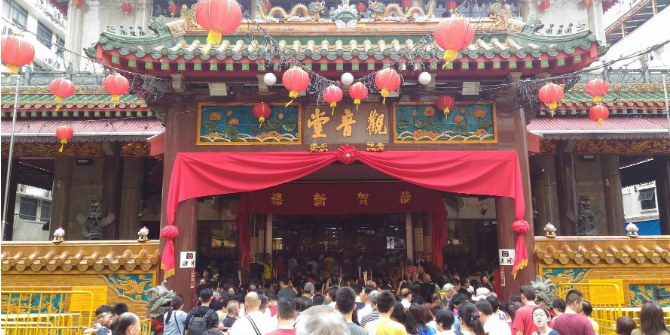 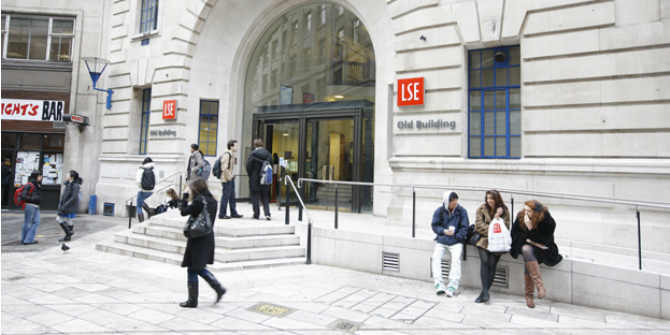 Bad Behavior has blocked 393 access attempts in the last 7 days.