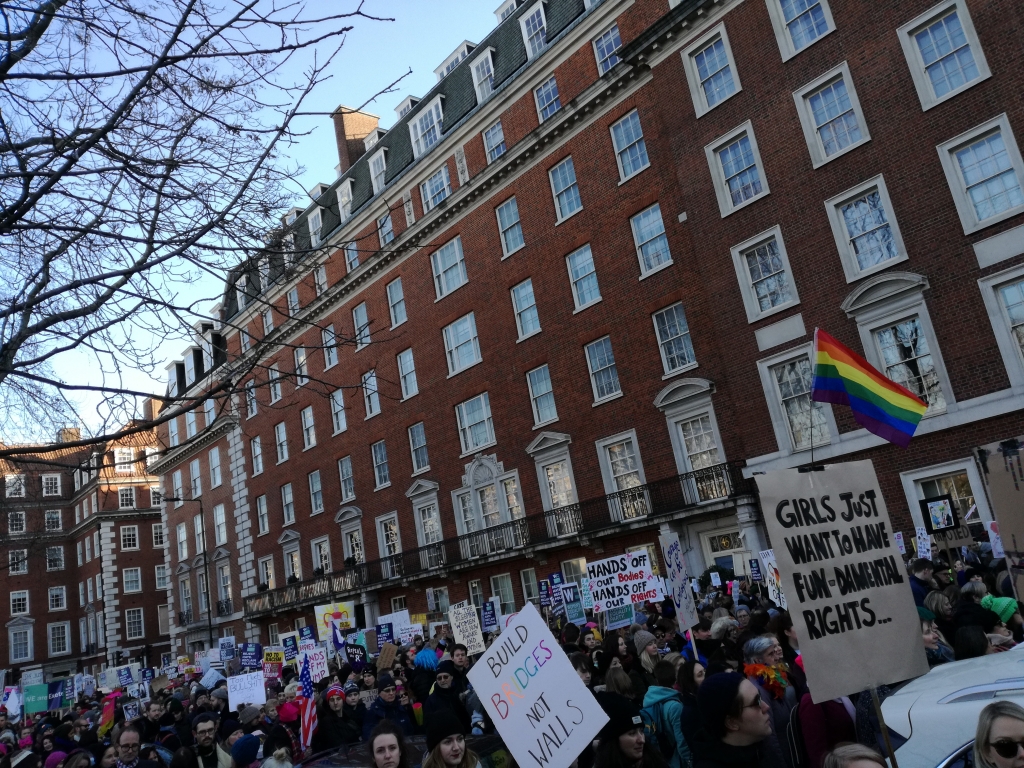 The future is female.

The past is female.

These were some of the thoughts that struck me while attending the Women’sMarch in London this past Saturday. Back home in South Africa, I have been involved in a few marches and protests, but nothing to this scale – The news reported over 100,000 people attended and they certainly made their presence known. The march spilled out beyond the designated route and stopped traffic caught among our swelling ranks. We chanted and sang (albeit more restrained than my experiences from back home) and spoke among ourselves about the marches happening in other places, in our cities back home, and abroad. We snapped pictures of our favourite signs and of the massive crowd. After reaching a slow moving bottleneck, my friends and I slipped out to grab a cup of tea and warm up (it was a beautiful clear sunny day, but freezing) and rejoined the march for the last stretch towards Trafalgar. 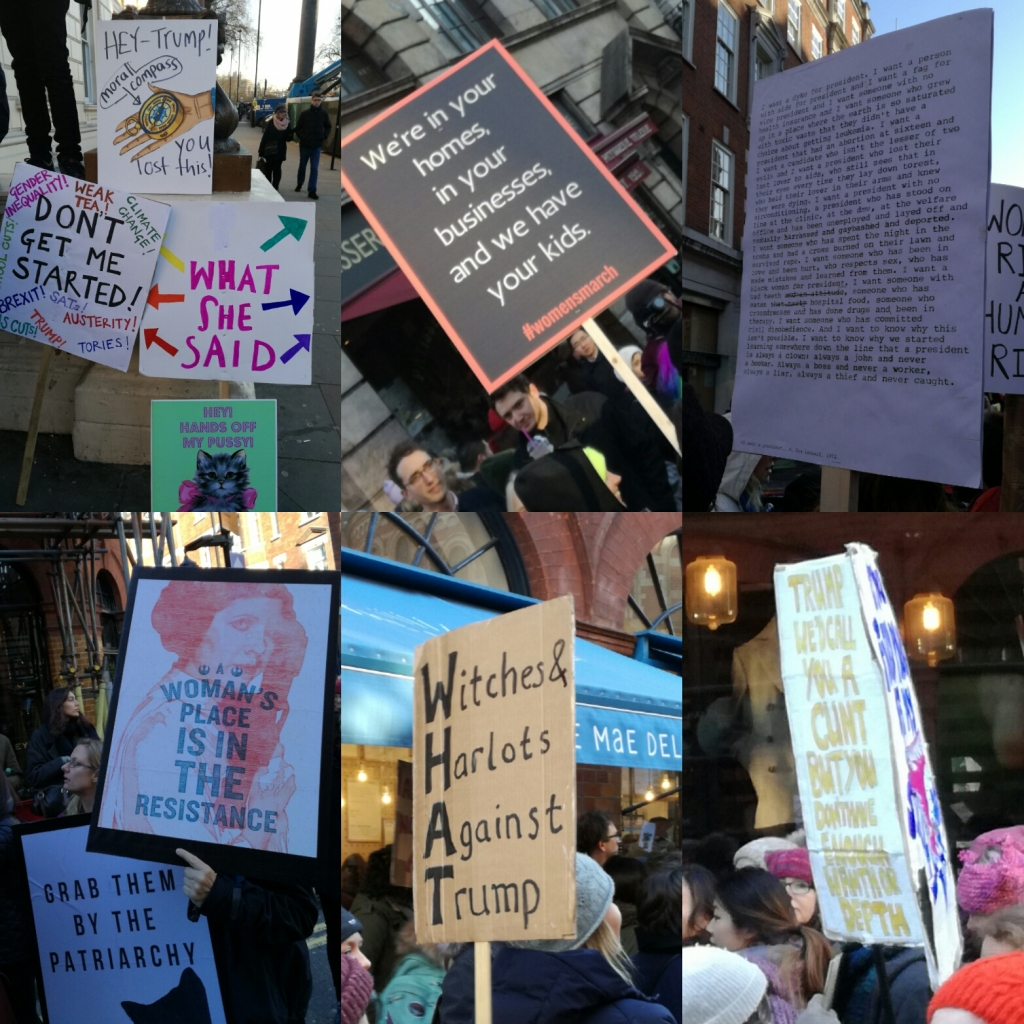 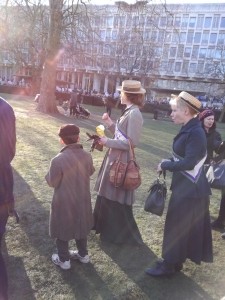 I was particularly struck by the diversity of marchers, but especially the young and old. Young girls and boys marching with their parents, holding signs and being involved in this momentous event, babies in prams with banners proclaiming ‘I am the Future’, or ‘We’re Marching for Her’. I was equally moved by an older cohort of marchers, the women who have been fighting for this cause all their lives and who, I would imagine, would’ve hoped the need for marches to be redundant by now (these were, by no coincidence I’m sure, the same assertive women who marshaled the crowd down a separate route once we became bottle-necked and stationary). It’s 2017 and the women dressed as suffragettes are a sharp reminder that any progress made has been hard fought, and that there is still so much work to be done. 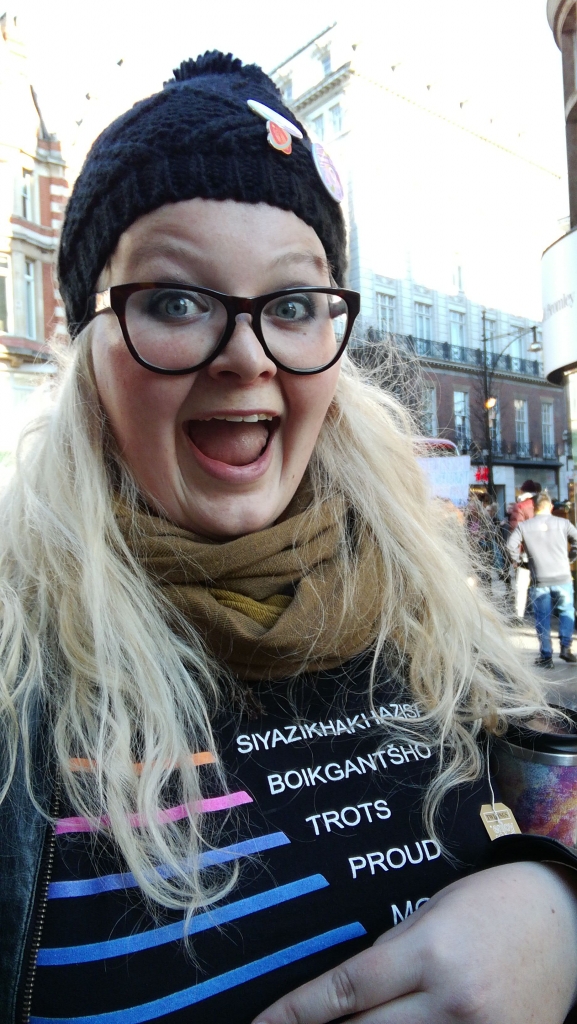 Another sight that warmed my frozen self was the representation of LGBTIQ+ voices and presence. I myself was wearing a t-shirt from the LGBTI NGO that I worked for in Cape Town and numerous others hoisted pride flags, banners and signs. As white and cis-het myself, I know my experience as a women is significantly privileged and join my voice to the chorus demanding a moreintersectional feminist movement. I don’t want to call it a silver lining (see my post from November for my feelings about Trump’s presidency), but his victory has forced people to rally together towards fighting inequality and discrimination on multiple fronts. But hear this warning. It is easy to say how women have rallied against Trump, but it is worth reminding you that 52% of white women reported voting for Trump. Exclusionary feminism, or feminism that is blind to the experiences of anyone not white, cis-het, rich and able-bodied, can (and has) cause as much damage as it can good. The victory is not won. As much as we proclaim ‘This Pussy Grabs Back” or “Keep Your Tiny Hands Off My Rights”, remember that the threat that Trump (and others like him) pose is received differently depending on your social standing and other constructed aspects of your identity. Remember that when other issues come to the fore that you feel may not threaten you. My wish is for the pink-pussy-hatted, sign-bearing men, women and children who rallied on Saturday, to carry through this momentum into other areas threatened by Trump’s presidency and the other gains made by the far-right/alt-right/nationalists/neo-Nazis etc. this past year. 100,000 people marching for refugees? Shutting down traffic for LGBTIQ+ rights? A global movement of millions of people acknowledging structural discrimination? Be better, prove Trump wrong. As Michelle Obama said “When they go low, we go high”.

And finally, remember, if you’re making a sign for a march – People (myself included) love a good pun and some glitter. 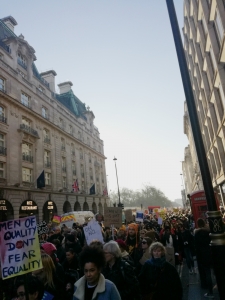 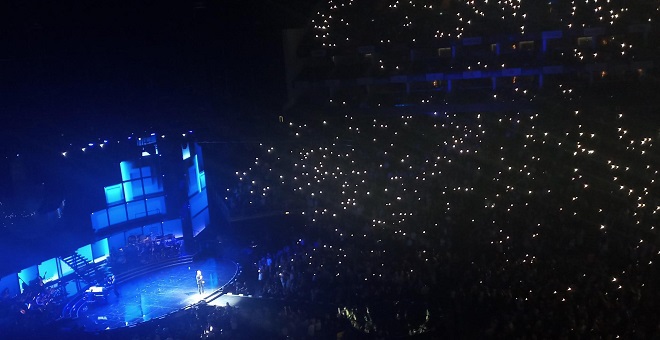 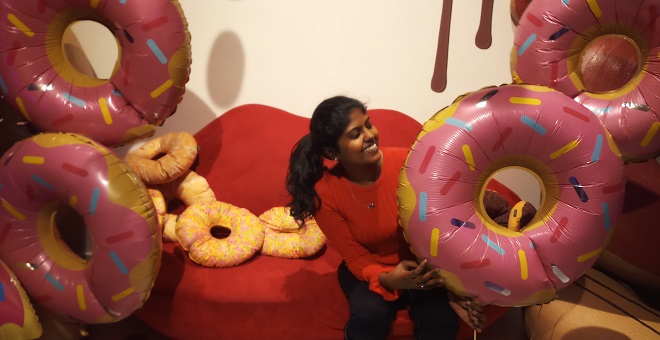 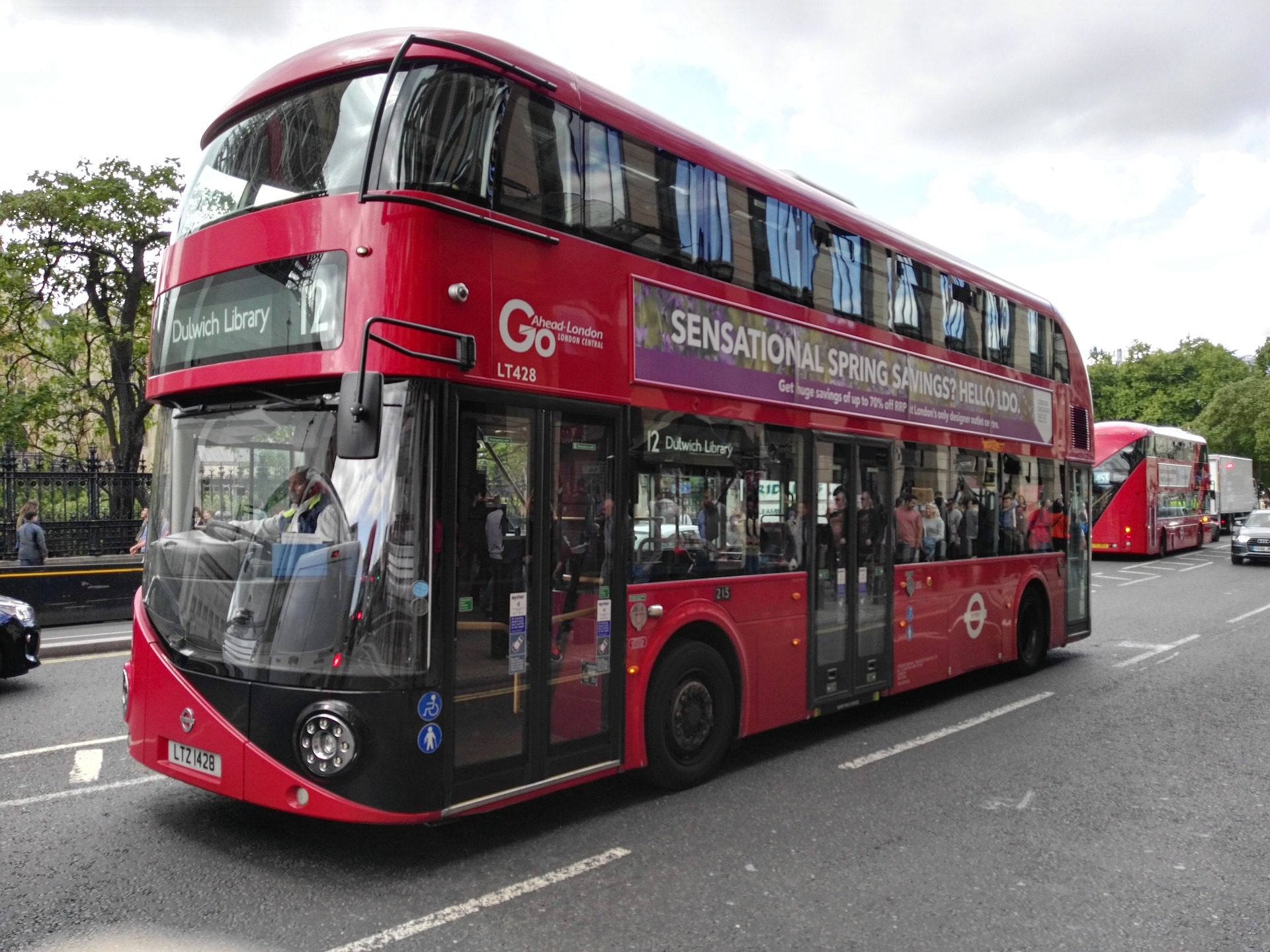 A Guide to Getting Around London 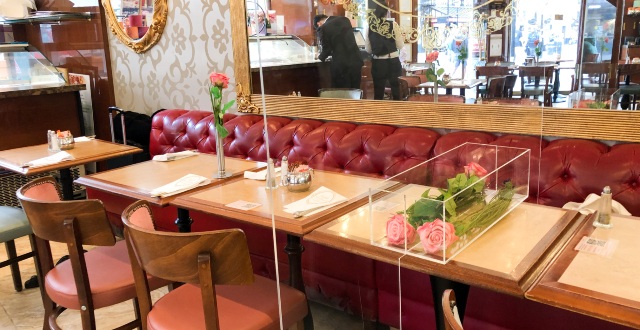