Been to Covent Garden, lately? Well, get ready to plan a trip soon because you’re not going to want to miss their new event – Covent Garden in Bloom, celebrating spring. This includes elaborate floral displays being put up in front of stores, window displays as well as at many spots all around Covent Garden, like The Piazza and King Street.

As if there weren’t enough “Instagrammable” displays already, Fleurs de Villes, known for curating experiential floral events, has gone all out in curating a breath-taking exhibition that comprises of art, fashion and flowers. Each mannequin was sponsored by an organization/restaurant/store and was created in partnership with local florists. They can be found along Covent Garden’s Central Avenue.

When I entered, I stopped dead in my tracks. The detailing, the creativity, the extravagance was overwhelming. This was the Met Gala 2.0. The following are some of my favourite looks from this floral couture show. 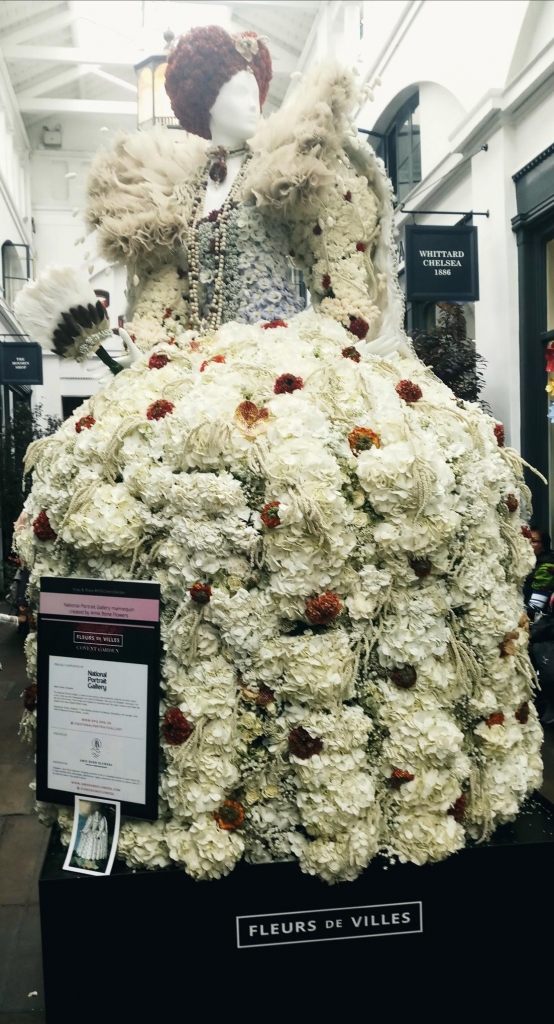 The mannequin was inspired by ‘The Ditchley Portrait’ by Marcus Gheeraerts the Younger, circa 1592. The portrait shows Queen Elizabeth I in an elaborate gown. This was captured by Amie Bone Flowers. This look tops my list simply because of how it was able to successfully showcase her ‘majesty’. 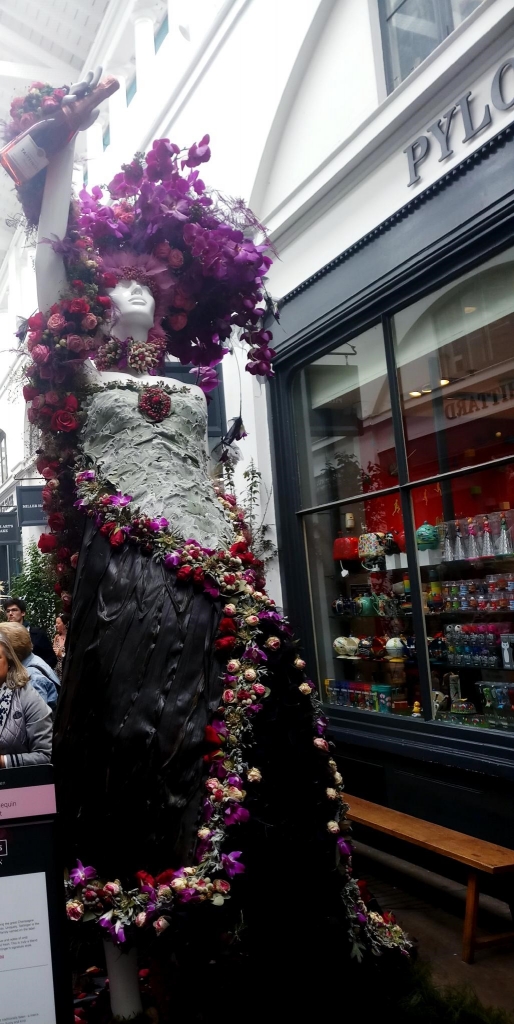 This was my second favourite look because the colours worked really well and it was the right shades for the brand and their industry (wine/spirits). The piece was called “Vitalie” and it was created by Stock Florist. 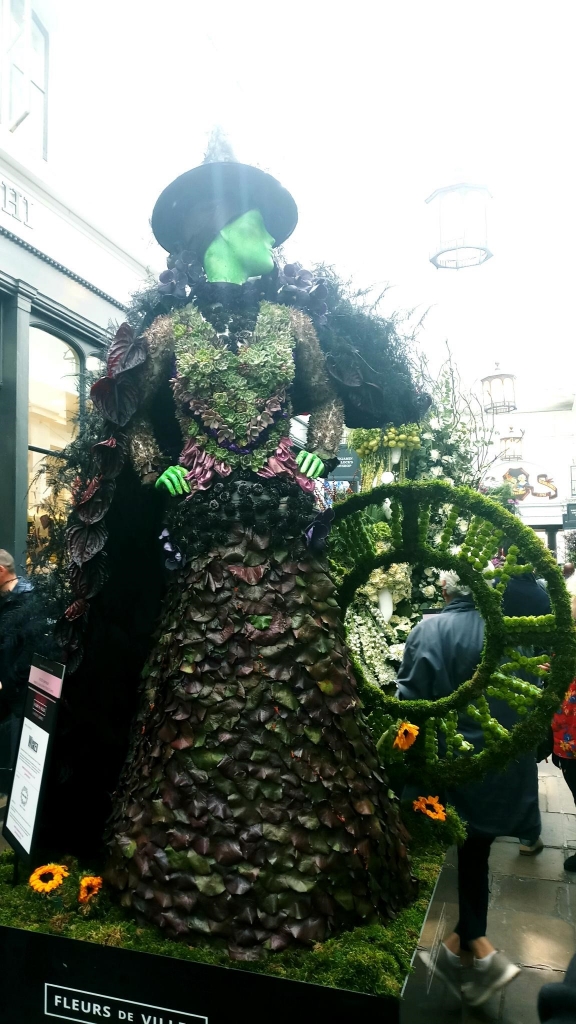 How wicked is this look! Created by Farima Perry Florals, the piece was inspired by none other than the wicked witch of the west herself. This was my third favourite look because a) I love musicals and, b) the bodice was not only composed of flowers but was also made up of different types of succulents.

I love flowers and this one didn’t have that many. However, its still one of my favourites because of how perfectly it emulates the ambience of their restaurants and their brand image in a single sculpture. Kudos to Ricky Paul Flowers. 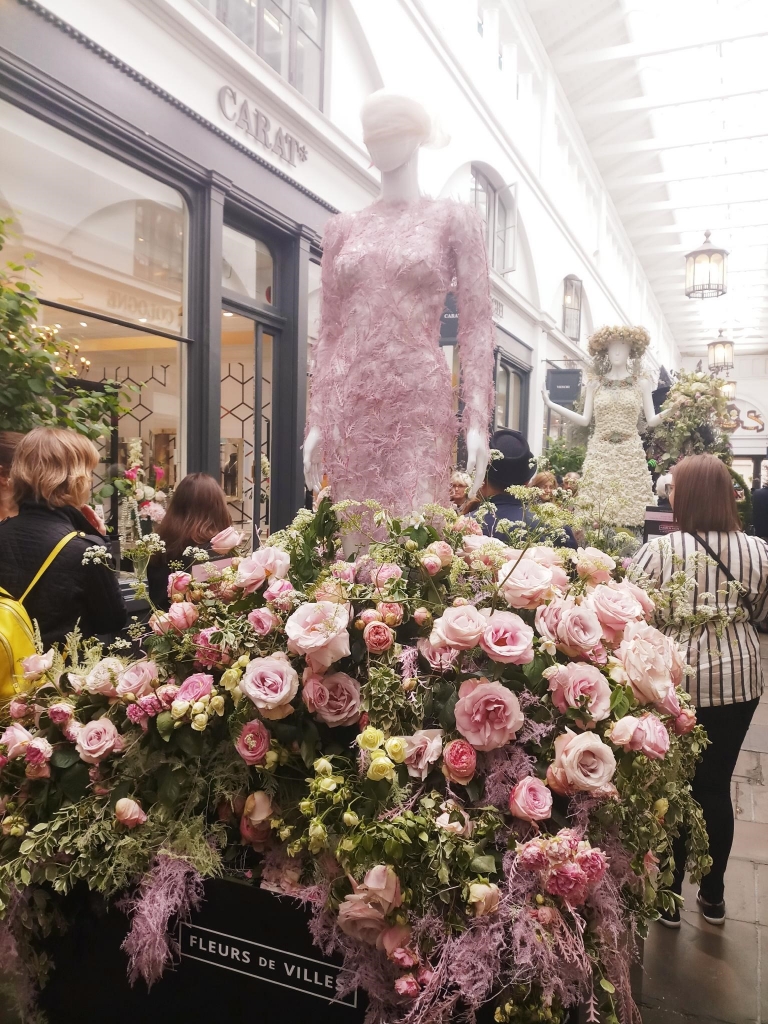 Finally, we have the ‘Rose Lemonade’ themed piece for Fentimans. There are several reasons why this is one of my absolute favourite looks: it’s pastel pink, Rose Lemonade is my favourite drink, and the piece was created by All For Love and they were beyond innovative with this design. For instance, the entire dress was made of painted asparagus. Who would’ve thought!

Just outside, Fentimans have also installed a huge pink truck brimming with flowers. Opposite to this was another truck serving you yummy cocktails and mocktails. I had the ‘Fleurs de Villes Spritz’, which was prosecco and of course, ROSE LEMONADE! 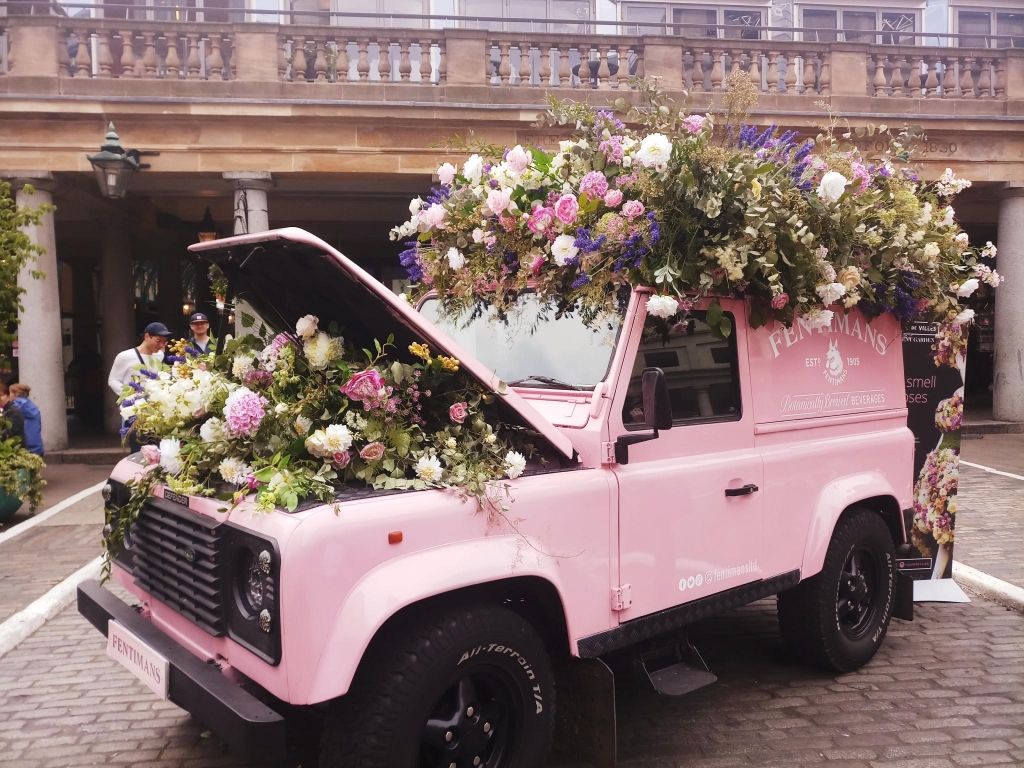 As I mentioned before, there are several other displays all around Covent Garden (tip: check out the storefronts of Olivia Burton, Bucherer and the display by Shake Shack). The display might be removed soon but Covent Garden in Bloom goes on till June 5th! So, go out there and happy Instagramming! 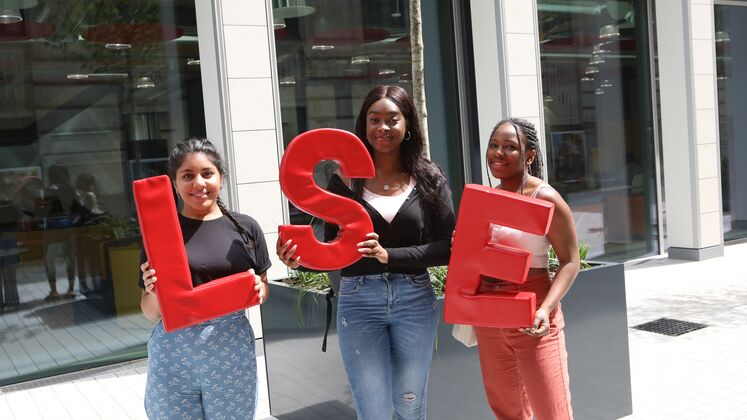 Going back to London (and what to expect at Heathrow airport)

A Day in Brussels 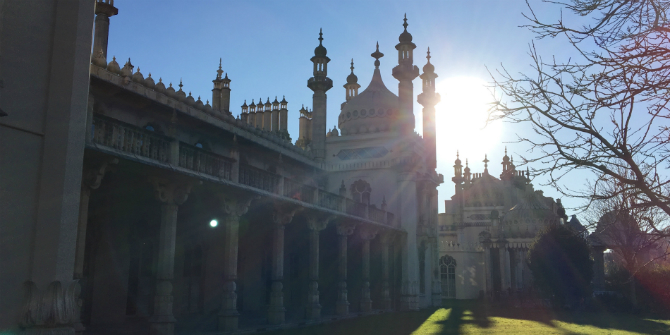 Of sunsets and seagulls (part one)

Bad Behavior has blocked 347 access attempts in the last 7 days.