Why cycling in London is the way to go

Why cycling in London is the way to go

Besides being limited to the more aerodynamic options in my wardrobe, there are few downsides to cycling in London.  Not only is it efficient, but also a great way to get oriented in London while checking off the daily exercise box.

Initially, I didn’t trust myself to acclimatise to riding on the left side of the road, especially with the occasionally hectic downtown zones.  I remember voicing this concern to a friend who had moved to London from the Netherlands the year prior. She said she too had been hesitant for the same reasons, and therefore sympathetic to my reluctance.  “But, here’s the thing,” she said, “you’ll be fine, I’ll tell you why: when you’re riding in traffic there will always be other cyclists around — just follow them — when you’re alone in less congested areas, you’re alone, so you don’t have to worry about it.”

The following day I contacted a handful of people selling their bikes on Gumtree, a popular website for finding second-hand bikes.  The first time I laid eyes on my teal, early-2000’s Bianchi, it was love at first sight. The neighborhood where I purchased the bike was relatively quiet.  But as I approached a main street, I could feel my anxiety beginning to churn in my stomach. Sure enough, as I leaned into the turn, I found myself joined by a fleet of other cyclists — some commuting, others out on a joyride, their kids in tow.  I felt like Nemo leaving the continental shelf and venturing out into the open ocean with my school of fish. 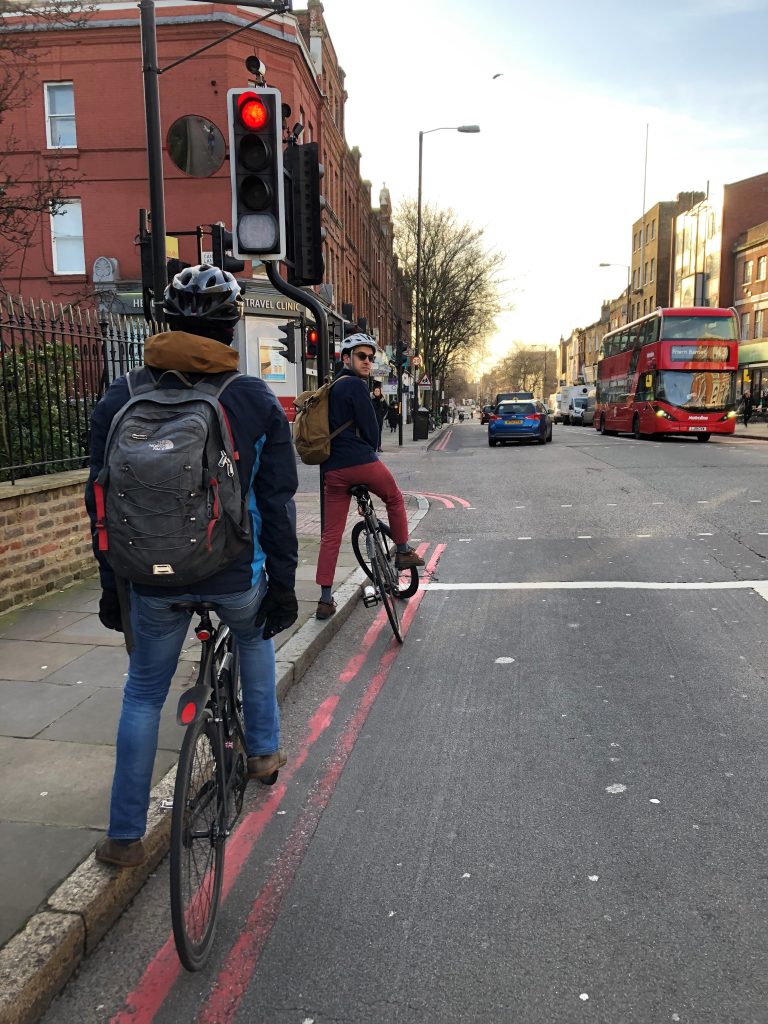 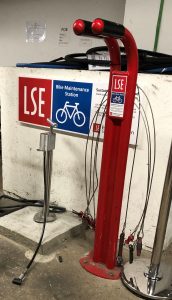 Once my anxieties of getting out on the road were in check, LSE’s bike resources made the rest easy.  The basements of the New Academic Building and the Fawcett House are made available for bike parking. Both are accessible with an LSE ID card and CCTV monitored; they are also equipped with cycling tools, pumps, showers, and lockers.  There are hundreds of additional outdoor parking areas scattered across campus so there is never the fear of being without a parking spot. For those less interested in purchasing a bike or want to give riding a try before making any commitments, there is always the city’s Santander bike share system, which has multiple docking stations right on campus. 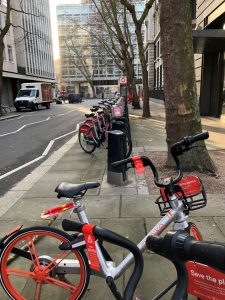 By no means is this post a jab at the city’s public transport system, which runs extensively and punctually.  That being said, cycling in London offers a special sense of freedom and intimacy with the city’s various nooks and crannies.  So whether it takes being made aware of the commuting conveniences, eager to familiarize yourself with your new surroundings, or simply an interest in keeping active, cycling London is the way to go! 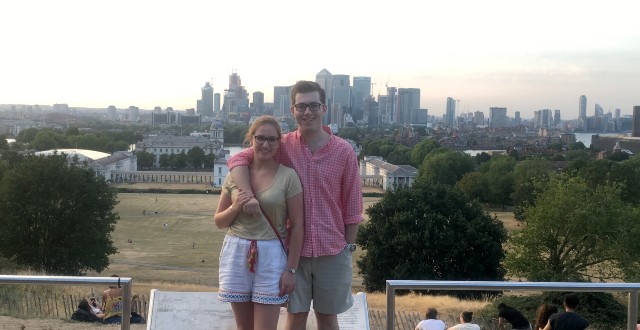 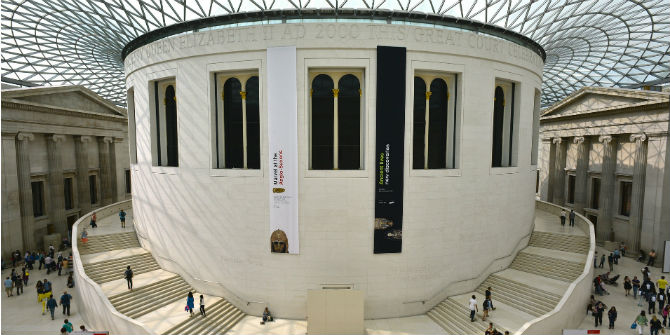 Bad Behavior has blocked 398 access attempts in the last 7 days.