Silvia Panizza on ‘choosing’ veganism and our hidden moral commitments

Veganism is an increasingly debated topic. In its fullest sense, it refers to the abstention from buying, consuming, and using anything derived from a non-human animal. Veganism has a small but growing number of adherents, but also many opponents, and debates are plentiful and heated. Such debates revolve around a wide variety of considerations, ranging from the health aspect of the vegan diet, to the environmental benefit or otherwise of farming animals, to the moral permissibility of particular painful practices. There are arguments about the convenience and sustainability of wearing leather or fur, about the health of tannery and slaughterhouse workers, and about the economic consequences of using non-human animals for various purposes.

All of these conversations, I am going to argue, fail to capture the deep dimension of veganism, where the adoption of veganism is linked primarily to factors surrounding animal ethics. The structure of these debates does not only sidestep the issue, it obfuscates it. Even ethical vegans taking part in them often betray their own position, by allowing the argument to take place within a framework that has no room for a crucial aspect of their moral experience.

Here is the first: Imagine that you are having a conversation with the principal of a prestigious secondary school where you hope to send your children. After explaining all the benefits of their programme, the principal proudly tells you of the final test that ensures your children have become real adults. The test consists of sending students to the forest for a few days with no supplies, but with a sharp knife and the instruction to kill as many people as possible from the group of illegal immigrants that has also been sent to the forest.  (This story is based on the ancient Spartan tradition called Krypteia.) It is likely that you will stare. You will believe it is a bad joke. And when the principal finally convinces you that she is in earnest, you will be in a state of disbelief. Most of us, I trust, would find it hard understand how it is possible that this practice exists, how somebody could conceive of it. You may think that the principal is deranged.

This is a form of moral impossibility that depends on something being so far from our ordinary moral categories that we struggle to place it, make sense of it, and even conceive of it as a real possibility. Let us call this kind of moral impossibility, following Raimond Gaita and Harry Frankfurt, ‘the unthinkable’. Both philosophers, in different ways, point at the unthinkable as something more fundamental than belief, which defines our moral life and who we are. The very fact that we consider something unthinkable tells us something important about morality and about us: that moral discourse rarely proceeds by taking all the empirically available options and weighing them up, rationally, in all their dimensions; and that our moral identity depends not only on what we consider good and important, but is also defined negatively by what we are unable to take as an option.

The unthinkable is both third-personal and first-personal: we struggle to understand how some things are possible for someone, and we cannot take those things to be possible for us. Back into the principal’s office, and you may very well understand, by now, that she is being serious, and that this practice does take place in her school. But the possibility of engaging in that practice is not a ‘live’ one for you (using William James’s categories): you may understand it abstractly, but you can do nothing with it.

Ethical veganism based on concern for animals often has this phenomenon at its core. Moral impossibility explains the distress, frequency of activism, and indeed a declared sense of the ‘impossibility’ of consuming animals of many people in this group. The most poignant (fictional) representation of this experience is probably J. M. Coetzee’s character Elizabeth Costello in The Lives of Animals. What is taken as impossible, typically, is not only (but also) the particular use of an animal in a particular context, but the practice of animal use more generally, including their routine treatment, the restrictions on their freedom, the number of lives taken, and the overall systematicity of their bad treatment.

One may argue that there are differences between the treatment of animals and the killing of immigrants in the above example. There certainly are. In fact, one of the most striking differences is that many readers will experience the unthinkable in reading this example, but will not in relation to the current treatment of animals. Such difference shows how deeply rooted, ordinary, and divisive moral impossibility is: sometimes it is cultural or historical (Spartans would not have found the Principal’s idea impossible), sometimes it is individual (one may find eating animals morally impossible while one’s brother may not).

In the case of veganism, moral impossibility runs through the daily lives of many vegans living side by side with non-vegans. That is precisely why it can remain hidden, even in animal ethics. Yet what remains, in all cases, is the important structural similarity: not conceiving of the given practice as a possibility.

The unthinkable is closely linked to a second type of moral impossibility, which I shall call the ‘unconceived’. This refers to the fact that in making a choice (moral or otherwise), there are some empirically available options that we simply do not consider. Again, this phenomenon is quite ordinary. In fact, all moral choices depend on some options being excluded. To some extent, this exclusion is necessary to preserve our sanity and for practical reasons: if we were to consider all the options that exist in principle, we would never get to the point of acting. But often, if not always, that selection is not only necessary or convenient, it is also moral: without us realizing, morality sneaks in prior to the moment of choice, precisely in the selection of possibilities that we then consciously evaluate. When discussing options for a Saturday night out, for instance, setting fire to some stranger’s house is usually not part of the options one considers. Not normally. But somebody might: and the fact that they take it as an option, even if they then deliberate against it, points to a fundamental moral chasm between us and them. We do not think they were right in discarding that option; we think they should have never considered it.

What expresses our moral commitments, then, are not only our deliberations and choices, but what we allow into the realm of possibilities. This happens without our awareness, until the moment in which what is excluded is called to our attention. If the object is fundamental to morality, as respect for animal lives is for ethical vegans, the unconceived becomes the unthinkable when faced with the routine suffering and death of animals. Conversely, seeing some forms of animal treatment as unthinkable may be the reason that engaging in behaviour contributing to that treatment becomes unconceived, that is, not part of one’s normal range options. Conversion to veganism often begins with exposure to what the individual apprehends as unthinkable.

When we take the morally impossible into consideration, we will see how the standard debates on animal use need to alter. One clear instance of this hidden aspect is the claim that animal testing is ‘necessary’, often put forward in support of animal experiments in research. The interest of this case is that while it ignores what’s morally impossible for ethical vegans, at the same time, and without acknowledgement, it takes something else to be morally impossible.

The concept of necessity invoked in animal testing is neither logical necessity (the sense of necessity in which all bachelors are unmarried men) nor physiological necessity (humans do not have a compulsion to experiment on animals). ‘Necessity’, then, depends on what is to be achieved and the means available, both of which call for an ethical analysis. The first and most common ethical question revolves around the goal: is it desirable? The second issue for ethical consideration is whether the goal’s moral importance is such that it should be achieved by any possible means. Some consider the possibility of achieving medical advances to be such a goal. We do not need to deny this claim now; let’s accept for the sake of argument that it is so. The most effective way to achieve this goal is to experiment on human subjects. Yet people are unlikely to consent to possibly painful and even lethal experiments. So the most effective way would be to experiment on non-consenting human subjects. Neither logic nor natural laws make this impossible. Yet—thankfully—it is not even taken as an option in the debate. If it was, animal experimentation would not be considered necessary; in fact, it would be superfluous, for a better model would already be available. It seems, then, that we do not wish to achieve medical advances by any possible means.

This is a clear case of moral impossibility: what determines the options is a moral commitment that places experimentation on non-consent human subjects outside the range of possibilities. But in the debate on animal testing, this moral commitment is hidden, and it is by hiding it that the claim about necessity seems justified. For ethical vegans, testing on other animals, too, should be outside the range of possibilities. Then, the ‘necessary’ tools for research would be selected among what remains—what is morally viable.

Bringing to awareness the morally impossible shows how not only the concept of choice but also the concept of necessity are in fact delimited by important moral commitments. Discussing only choices, goals, and necessity removes from awareness a domain of the moral life that is more fundamental, because it shapes the discussion itself. Debates that offer and evaluate different considerations—such as the economic benefits of animal use, the entertainment potential of zoos, or even the health aspects of various diets—only take place once the options are agreed on as possibilities by all parties. This is the hidden, often unacknowledged ground even for disagreement to be properly considered as such.

Those things considered morally impossible vary from person to person, and from culture to culture. They also vary within an individual’s life, as the transition from more traditional consumption to ethical veganism shows. The fact that moral impossibility is a widespread and ordinary phenomenon may contribute to it being overlooked in academic and public thinking. But ignoring it, sticking to the traditional model of choice between equally available alternatives, makes some issues—such as the conflict about veganism—even more intractable.

This essay is based on the article ‘If Veganism Is Not a Choice: The Moral Psychology of Possibilities in Animal Ethics’, by Silvia Panizza, published in Animals.

Silvia Panizza is Teaching Fellow in Philosophy at University College Dublin. Her research interests include what we’re really talking about when we’re talking about ethics, how to settle radical moral disagreement, and the work of Iris Murdoch and Simone Weil. 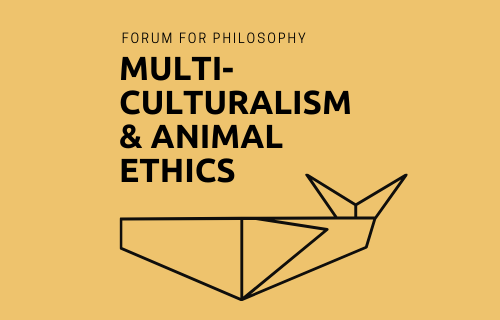 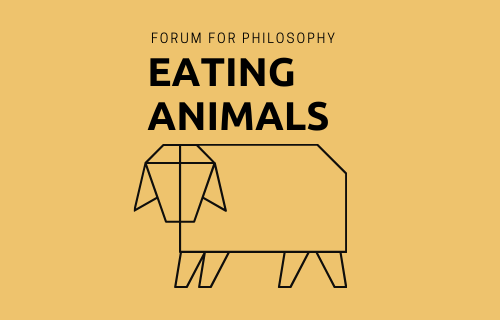 From the vaults: Eating Animals