The 2008 financial crisis gave rise to sustained criticism of capitalism as an economic system, with many of its advocates conceding that while an immoral system, it is also a ‘necessary evil’. Reflecting on the writings of Ayn Rand, Yaron Brook and Don Watkins reject this view, and instead argue that capitalism is a necessary good. They maintain that capitalism is the only social system that takes into account people’s rationality, enabling them to survive and prosper through self-interest.

Ayn Rand has been one of the greatest salesmen of capitalism in history, with total sales of her books approaching 30 million copies. What makes her so powerful? To put it simply: she knows how to tell the story of capitalism. Since capitalism arose during the nineteenth century, its critics have weaved a compelling story shaping the way we think about free enterprise. Capitalism, according to this story, is inherently immoral because the needy many receive no help from society, while the greedy few are allowed to exploit society. Well, if so then the solution is obvious: to limit and ideally eliminate capitalism.

You can see that story at work today. The financial crisis, we’re told, was the product of greedy bankers profiting at the expense of society. The solution? Regulate the greedy profit-seekers and redistribute their ill-gotten gains to those in need.

How have capitalism’s alleged champions responded to this story? By and large, they have conceded that capitalism is an inherently immoral system. Their story consists of the claim that it is a necessary evil. “You’re right,” they’ve told the critics, “capitalism does exploit the needy and reward the greedy. But unfortunately it works and socialism doesn’t, so while we need to limit capitalism, we mustn’t go too far.”

But if you concede that your position is a necessary evil, then in any specific battle, who is going to have the advantage? The person who is defending the necessary evil or the person who says, in this case the evil is unnecessary? Who will be seen as the noble idealists and who will be seen as cynical and self-serving? If capitalism is a necessary evil, then the critics are right: our goal should be to minimize it and ultimately put something superior in its place.

Ayn Rand argues that capitalism is a necessary good: It is the only social system in which human beings can survive, prosper, and enjoy their lives. The key to Rand’s approach is that she doesn’t jump right away to the question of what political policies we should adopt. As a philosopher, she starts by looking at what kinds of actions individual human beings have to take in order to flourish. Whether we’re irrigating a barren landscape in order to grow food, or designing iPhones, or starting a new biotech company, or launching satellites into space, our welfare, thinks Rand, comes down to three essentials:

This perspective has profound implications for social questions. As Rand explains:

Since knowledge, thinking, and rational action are properties of the individual, since the choice to exercise his rational faculty or not depends on the individual, man’s survival requires that those who think be free of the interference of those who don’t. Since men are neither omniscient nor infallible, they must be free to agree or disagree, to cooperate or to pursue their own independent course, each according to his own rational judgment. Freedom is the fundamental requirement of man’s mind.

That’s exactly what capitalism—complete, unregulated, uncontrolled laissez-faire capitalism—does. It is the system in which our rights to think, produce, and trade voluntarily are sacrosanct, and where the initiation of physical force is therefore barred.

Rand sees the moral superiority of capitalism as borne out in history and around the world. Whether you compare Soviet Russia to the United States, East Germany to West Germany, China to Hong Kong—government control over the individual crushes his ability to live and freedom for the individual is what opens up unlimited roads.

That is the real story of capitalism. It is not a system in which the helpless “needy” are exploited by the immoral “greedy.” It is the story Rand tells in Atlas Shrugged. Capitalism is a system in which each individual is free to flourish and prosper and deal harmoniously with others.

So why can’t the so-called defenders of capitalism tell that story? Because they hold many of the same basic ideas as capitalism’s critics.

Both sides see individuals as fundamentally helpless, and believe that to succeed, a person needs to submit to a higher authority. The left generally says that higher authority is the state or society, the right generally says it’s God or tradition, but both agree: by himself, the individual is incapable of running his own life and therefore cannot be fully free to live his own life.

Both sides also believe that the interests of individuals necessarily conflict, and that what benefits one person often harms another. Human life, they conclude, requires sacrifice. The government’s job is to decide what sacrifices are necessary in order to achieve “the public good.” The left and the right quibble over which those are, but both are united in agreeing that the freedom to pursue one’s interests has to lead to disaster.

These two ideas—that we are fundamentally dependent on society and that our interests clash—lead to a third idea that historically has been the chief cause of the view that capitalism is immoral: the idea that our primary moral duty is to be selfless. To focus on making the most of our own life is seen as morally wrong since, both sides hold, it means that we are benefiting at the expense of others and refusing to “give something back” by allowing them to benefit at our expense.

Every traditional “defense” of capitalism, Rand held, conceded this framework. Every argument that appealed to “the public good,” or which said capitalism’s chief aim was to help the “helpless poor,” or which shirked from acknowledging that the essence of capitalism was the individual’s pursuit of his own well-being proceeded from a philosophy that said: the individual couldn’t and shouldn’t be fully free to pursue his own happiness and that capitalism, therefore, was at best a necessary evil.

Rand’s great insight was that every element of this anti-capitalist framework came from the same error: ignoring and denying the mind. As rational creatures we are able to create the values our lives require by thinking and producing. Our basic interests then are in harmony with other people: to deal with one another through mutually beneficial cooperation and voluntary trade. Selflessness on this view is senseless. There is no reason on earth why each individual should not seek to make the most of his own life, without victimizing others or becoming a victim himself.

Rand put it this way:

The moral code which is implicit in capitalism had never been formulated explicitly. The basic premise of that code is that man—every man—is an end in himself, not the means to the end of others, that man must exist for his own sake, neither sacrificing himself to others nor sacrificing others to himself, and that men must deal with one another as traders, by voluntary choice to mutual benefit. This, in essence, is the moral premise on which the United States of America was based: the principle of man’s right to his own life, to his own liberty, to the pursuit of his own happiness.

Yaron Brook will be speaking at the LSE public event, ‘Capitalism Without Guilt: the moral case for freedom’ on Monday, 28 October. Click here for more details.

Yaron Brook – Ayn Rand Institute
Yaron Brook is the executive director of the Ayn Rand Institute. He is a columnist at Forbes.com, and his articles have been featured in the Wall Street Journal, USA Today, Investor’s Business Daily, and many other publications. He is a frequent guest on national radio and television programmes and is a co-author of Neoconservatism: An Obituary for an Idea and a contributing author to Winning the Unwinnable War: America’s Self-Crippled Response to Islamic Totalitarianism. Dr. Brook is co-author with ARI fellow Don Watkins of the national best-seller Free Market Revolution: How Ayn Rand’s Ideas Can End Big Government. A former finance professor, he speaks internationally on such topics as the causes of the financial crisis, the morality of capitalism, ending the growth of the state, and U.S. foreign policy

Don Watkins – Ayn Rand Institute.
Mr. Watkins is a fellow at the Ayn Rand Institute and co-author, along with Yaron Brook, of the national bestseller Free Market Revolution: How Ayn Rand’s Ideas Can End Big Government. He is a columnist at Forbes.com and his op-eds have appeared in such venues as The Guardian, USA Today, and Forbes magazine. 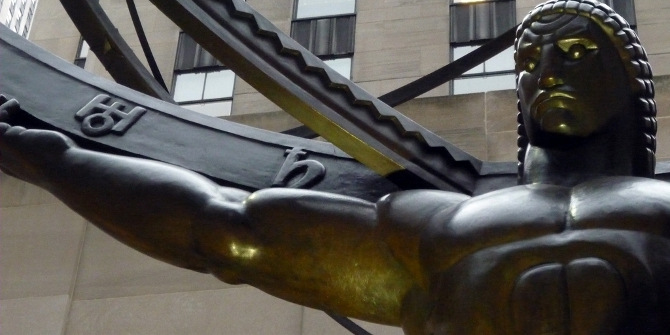