For over 60 years, the U.S has promoted family planning programs to protect its own interests in the developing world rather than to promote women’s empowerment.

After the end of World War II, American fears of growing populations in the developing world led to efforts to control this population through the use of targeted foreign aid. Denise M. Horn looks at the history of U.S. efforts to protect American security and interests by encouraging population control. She argues that while the language of ‘population control’ has now shifted to that of ‘family planning’, US policy in this area in less developed countries is still geared towards population reduction rather than the empowerment of women.

Before ‘family planning’ became associated with the positive concept of ‘women’s empowerment,’ after the 1980s, the language of ‘population control’ prevailed. Population control was not about human rights—for emerging powerful states such as the US in the Cold War, controlling fertility meant protecting national security interests, particularly access to mineral and oil resources in the in the developing world. Tracing the shift from ‘population control’ to ‘family planning’ policies reveals that protecting state interests remains an important part of these policies—and the rhetoric surrounding ‘women’s empowerment’ may have little to do with the actual policies themselves. 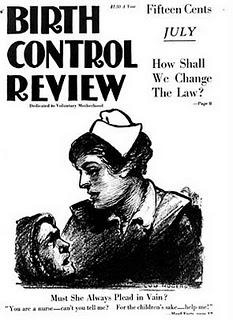 Sanger published the Birth Control Review from 1917 to 1929. [Public domain], via Wikimedia Commons

Margaret Sanger’s early efforts to legalize birth control methods developed from a connection between controlling ‘unfit’ offspring and post-WWII American fears of growing populations in the developing world. By 1952, the Population Council (headed by John D. Rockefeller III) made a direct link between population control and preserving the world’s resources. The Draper Committee (established by President Eisenhower to study US aid, including military aid), reported to the Senate Committee on Foreign Relations that the ‘population problem’ was the greatest obstacle to the world’s progress, and recommended that aid to developing countries be tied to population control programs.

The Commission on Population Growth and the American Future, formed in 1970 and also headed by Rockefeller, assessed global and domestic population growth, and provided recommendations for US foreign and domestic policy. The 1972 Rockefeller Commission report also called for full and equal rights for US women, recommending that Congress pass the Equal Rights Amendment, suggested liberalized contraceptive information and access policies–including the recommendation that minors have access to birth control–and that abortion be legal and included in private and public health benefits. As a result of the Commission’s 1972 report, population control became a priority in the Nixon White House.

National Security Study Memorandum 200 (NSSM 200), produced in April 1974, became the cornerstone of US foreign policy regarding international population control. The NSC framed population control in terms of American foreign security rather than domestic—and of population explosions in developing states as a direct threat to US interests. President Ford adopted it as security policy in 1975, outlined in the US World Population Plan, to protect and advance US security and overseas interests. Under the direction of former Secretary of Defense Robert McNamara, the World Bank became an influential advocate for the development of family planning policies in developing countries to promote international security and stability.

NSSM 200 argued that the Food For Peace program, established by President Eisenhower in 1954, could be used to bolster US influence in the developing world and to entice leaders of the developing world to increase population control efforts. The authors of NSSM 200 assumed that Food for Peace could be used to encourage improved food technology (i.e., farming techniques) in order to relieve the burden of less developed country demands for food imports from the North. During the 1960s and 1970s, the program targeted developing countries within the US’s sphere of influence, particularly those countries with a ‘population problem’ in Latin America, South Asia and Southeast Asia.

Women’s organizations such as the YWCA, the International Planned Parenthood Federation and the UN Commission on the Status of Women pointed to the link between population growth and economic development, but there were distinct differences in the approaches advocated by the industrialized North and the developing South. The industrialized states wanted to distribute contraceptives to avoid drains on natural resources, while states of the global south argued that the North had it backwards: economic growth would lead to reduced fertility rates. By the 1974 Bucharest conference, the UN had adopted the language of ‘family planning,’ which not only addressed the need to provide contraception, but to empower women to take charge of their reproduction in the framework of women’s rights.

Overpopulation was also identified as a cause of political instability, so population policies would also be used to target those states where political disruptions (civil wars, coups, etc.) could threaten American interests, so population control would be used to maintain already precarious regional political situations and maintain authority within states. Encouraging stability within states also meant that ‘undesirable elements’ would be marginalized by immigration and birth control policies.

The shift from the language of ‘population control’ to the more positive connotations of ‘family planning’ in US policy took hold during two ‘milestone’ UN conferences: the 1984 Mexico City Population Conference and the 1994 Cairo Conference, representing the confluence of both left and right groups and policy makers.

The Mexico City Policy (aka the Global Gag Rule) enacted by President Reagan’s Executive Order reinforced the distinction between population control as a development and economic issue rather than a human or reproductive rights issue. The Mexico City policy framed the issue in terms of protecting women from unwanted abortions, citing China’s one-child policy, but this was misleading, as US law already prohibited US aid to support abortions, particularly forced abortions. The effect was to reinforce submissive roles of women (as lacking responsibility for their own choices), and continued to support the original goals of US policy—to protect US interests in resources, particularly access to minerals and oil—and to reinforce an emerging global neoliberal order. 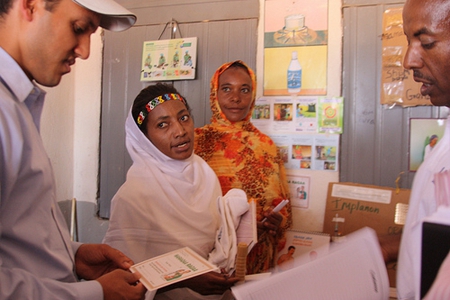 By the 1994 UN International Conference on Population and Development, a consensus had been reached among family planning advocates that linked women’s reproductive health, environmental issues, and development issues. The Clinton administration had reversed the Mexico City policy in 1993 and attempted to increase aid to the United Nations Population Fund, but family planning policies continued to emphasize population control as a means of curing a host of social ills or environmental degradation, rather than addressing deeper socio-economic inequalities.  Indeed, much of the current language in USAID’s family planning literature is centered on the empowerment of women through increasing choices in fertility, improved women’s health, and reduction in abortions, rather than focusing on economic inequalities and resource redistribution.

Feminist groups continue to call for more comprehensive programs, but policy debates in the US remain dominated by pressures from the right, particularly the Christian right and anti-abortion groups. Ironically, many of the right-wing groups that attacked family planning programs based on abortion and birth control used arguments similar to women’s rights advocates, pointing to the need to reassess global redistribution of resources and the abuses that have been committed in the name of family planning. By the late 1990s, foreign aid programs – particularly family planning programs – were supported only insofar as they contributed to a narrowly-defined vision of American security interests.

The wars in Afghanistan and Iraq in the early 2000s reinvigorated these debates: ‘women’s empowerment’ in the region was touted as a possible consequence (although certainly not the goal) of US military action. During the Arab Spring, a former State Department consultant argued in an op-ed that states like Afghanistan, Pakistan, Egypt, Libya and Yemen are mired in conflict and lack democracy because of their young populations, so the best course of action for the US in these countries (particularly Afghanistan and Pakistan) would be to invest in family planning, making explicit the link between military security, demographics, fertility and democratization.

Global fertility rates have dropped in recent years. So what’s the problem? First, it’s a question of measurement. Positive results are measured in terms of population reduction, not in terms of increasing empowerment for women (which, feminist scholars and researchers note, is pretty difficult to do). The programs did not target aid to the poorest countries, but to those with the highest birthrates. In addition, population control programs and women’s empowerment in developing states are often incompatible, particularly when family planning programs are designed to curb female fertility. Feminists and human rights groups had long noted that top-down government population programs had resulted in forced sterilizations, invasive contraception methods (such as IUDs, or the use of chemical methods), and coercive means of encouraging birth control, such as tying medical care or contraception to food aid or education.

Second, it’s a question of causality. A series of reports issued by the Council of Foreign Relations assert that US foreign family planning programs have had a direct and measurable impact on fertility, and have thus played an important role in fulfilling US strategic security interests. Other studies, however, point to education and cultural factors—including increasing urbanization, increased literacy, and access to mass media—as having the largest impact on women’s control of fertility.

Finally, it’s a question of intentionality and consequences. Despite the rhetorical shift from security to human rights, US family planning policies remain situated within security issues such as access to resources and global stability; ‘women’s empowerment,’ freedom from poverty and access to food in the developing world –all situated within controlling fertility—are a means to this end, not a satisfying ends in themselves.

This article is a version of the paper, “Locating Security in the Womb”, in the International Feminist Journal of Politics.

Denise M. Horn  – Northeastern University
Denise M. Horn is an Assistant Professor at the International Affairs Program and Department of Political Science at Northeastern University. Her research interests include Transnational Activism, Feminist International Relations, International Relations Theory, and Democratization and Civil Society. She is the author of Women, Civil Society and the Geopolitics of Democratization (Routledge 2010) and Democratic Governance and Social Entrepreneurship: Civic Participation and the Future of Democracy (Routledge 2013).

Rituparna Patgiri reviews The Public and their Platforms: Public Sociology in an Era of Social Media by Mark Carrigan and Lambros Fatsis