A return to Teddy Roosevelt’s progressive tradition would help us to tackle the challenge of global warming.

Like many Presidents and politicians before him, Barack Obama has pledged to deal with climate change, but domestic opposition and divisions over sovereignty during international negotiations have made his commitment a shallow one. Mark Lytle looks back to President Theodore Roosevelt’s Progressive tradition of over a century ago, whereby an interventionist government, given authority by science, was able to regulate towards sustainability. He argues that, in the face of populist denial of climate change, a return to the Progressive tradition may be what is now needed to address the challenges of climate change.

Barack Obama faces the dilemma of reducing global warming while trying to revive a materially intensive consumer economy. In constructing his response Obama might turn to the Progressive tradition of the late 19th and early 20th century. Three concepts framed how those reformers responded to the resource crisis their generation faced: sovereignty, science, and sustainability.

National progressives in the camp of President Theodore Roosevelt saw new promise in a vigorous and interventionist federal government.  Questions of sovereignty often arose, however, as federal initiatives intruded on what had been the provenance of the states. Progressives, by contrast, believed that many issues such as railroad regulation, pure foods, and the protection of endangered species, demanded interstate and trans-national solutions. Science provided the authority for regulations they imposed to achieve sustainability whether in forest renewal or the wise use of scarce resources.

Consider, as an example, the American effort to ban seal hunting in the open sea. The acquisition of Alaska in 1867 made the Pribilof Islands and so too the vast majority of fur bearing seals, the property of United States, or so Americans thought. By 1910, decades of indiscriminate slaughter, similar to the assault on the buffalo and whales, had reduced the population of fur seals from millions to around 150,000. 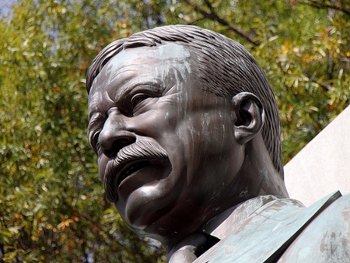 The threat of extinction arose because unlike the Americans, Russians, and Japanese who hunted on land, Canadian seal hunters waited in boats for the mother seals when they took to the open sea to forage for their pups. There, they became easy prey. The Americans considered this piracy and sought to ban this pelagic hunting. At an arbitration hearing in Paris in 1893, they demanded that the British official, representing the Canadian sealers, acknowledge that pelagic hunting was theft. The British countered by claiming that the commodities of the sea were free to anyone. In the meantime a group of American scientists determined that pelagic hunting had caused the dramatic decline in seal populations.

That information led arbiters to conclude that, while hunting on the open seas might be legal, it was not sustainable. A subsequent moratorium proved so successfully that by 1940 fur seal populations had rebounded to over 2 million. In that, and in similar ways, the application of science became the means by which Progressives achieved sustainability.

Probably the contemporary issue most demanding a trans-national regulatory regime is climate change. International concern over global warming first became widely evident in the wake of Earth Day I 1970. In 1971, the United Nations sponsored “The United Nation’s Conference on the Human Environment.” Delegates gathered in Stockholm to discuss a range of environmental concerns. Sovereignty issues divided the delegates then and have continued to be a source of conflict forty-two years later in this month’s negotiations in Warsaw. At Stockholm, the Group of 77, composed of the least developed nations, mostly in the Southern Hemisphere, insisted that they should be free to pursue economic growth and receive development aid from the wealthier nations. They argued that having created the least pollution and consumed the fewest resources they were entitled to pursue growth. Only the G-8, that generated most of the greenhouse gases, could take effective action.  India, represented by Indira Gandhi, associated itself with Group of 77 as would China at later conferences, even though by 2006 China had overtaken the United States as a producer of CO2 emissions.

Barack Obama, much like Presidents before him, made a rhetorical commitment to deal with climate change. But, given the dilemma he faced, environmental reform has taken a back seat to economic recovery. The science on global warming, Obama’s staff insists, is too complex and contested to frame a coherent message.  Despite his low profile on global warming, Obama did choose to attend the 2009 Copenhagen conference, the first United Nations summit devoted exclusively to climate change. The administration called his participation “a sign of his continuing commitment and leadership to find a global solution to the global threat of climate change, and to lay the foundation for a new, sustainable and prosperous clean energy future.” In the face of divisions over sovereignty among the participant nations and the opposition at home, that commitment proved to be a shallow one.

Eventually 193 countries, every member of the United Nations, sent delegates to Copenhagen. At Stockholm in 1971, atmospheric carbon dioxide had reached almost 330 ppm (parts per million); by 2009 the level had reached close to 390 ppm and was growing several percent almost every year. The organizers hoped to frame a legally binding treaty that would commit the world community to reducing greenhouse gas emissions fifty percent by 2050. Once again the Group of 77 insisted that any meaningful reduction depended on the actions of the G-20 (the world’s top nineteen economies plus the European Union) that were responsible for 85 percent of emissions (China, Europe, and the US alone equal around 50 percent). 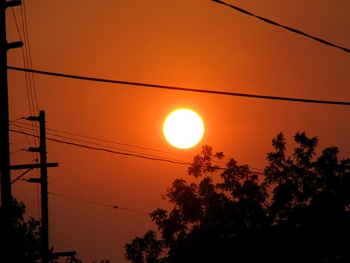 Credit: Mulling it over (Creative Commons BY ND)

In face of wide protests, Obama and leaders from China, Brazil, and South Africa brokered a compromise. Two issues were at the core of the impasse: the old Stockholm rift between North and South and the rivalry between the United States and China. The two countries simply did not trust each other. China doubted the United States would carry out any pledge, while the Americans, bothered by the Chinese trade restrictions and bootlegging of intellectual property, did not believe much of anything the Chinese promised.

The final treaty reflected the reluctance that many countries have of becoming answerable to an outside authority. As one observer noted, “They will co-operate, but not under the threat of legal sanction.” Even before Obama headed to Copenhagen, congressional Republicans had expressed their hostility to a binding agreement on climate change. Indeed, they sent a delegation to oppose the whole proceedings. Senator James Inhofe from Oklahoma disparaged “the entire global warming, climate-change issue, which is an effort to dramatically and hugely increase regulation of each of our lives and business, and to raise our cost of living and taxes.” In The Greatest Hoax: How the Global Warming Conspiracy Threatens Your Future, Inhofe set out to expose those “perpetuating the Hoax of global warming,” and to explain why he believed their premises to be blatantly and categorically false. When a reporter in Copenhagen asked him about the origins of the hoax, Inhofe replied, “It started in the United Nations and the ones in the United States who really grab ahold of this is the Hollywood elite.”

In the past, equivocation among scientists afforded deniers such as Inhofe a basis on which to challenge climate change science. The upcoming IPCC report, due out next March, will for the first time state unequivocally that climate change is real and poses a threat to future global food supplies. Yet, when delegates met this month in Warsaw sovereignty once again trumped science. China and India, joined by South Africa and Brazil, refused to agree to emissions limits. They continued to insist that the burden should fall exclusively on the developed nations. Progressives like Theodore Roosevelt would be appalled by such irresponsibility. TR would flail narrow-minded nationalists and the likes of James Inhofe with the invective for which he is properly renowned. Unlike them, he would choose sovereignty, science, and sustainability as instruments to lead the world away from the precipice of global warming and into a more promising future.

This article is based on Mark Lytle’s discussion, Climate Change and Foreign Policy, at the UCD Clinton Institute for the Study of the Americas event, Progressivism in America: Past, Present and Future.