Bridgegate continues, chemical spill in West Virginia and Idaho’s potatoes on the international stage – US state blog round up for 11 – 17 January

In New Jersey, ‘Bridgegate’ continued to dominate headlines this week. Wonkblog explains that a traffic study was never a viable excuse for the lane closures on the George Washington Bridge because traffic studies “rarely involve actually doing anything to traffic.”  PoliticusUSA details exactly how precious every minute is to a first responder in an emergency, setting out exactly how dangerous the delays caused by Bridgegate were. Crooks and Liars examine a theory that the closures did not intend to harm Fort Lee Mayor Mark Sokolich by creating traffic, but instead aimed to destroy the value of land waiting to be developed next to the George Washington Bridge, a $1 billion project Sokolich had worked hard to facilitate. Crooks and Liars also list the top 10 winners and losers of the scandal.

But Chris Christie’s troubles don’t end there. Blue Jersey looks at several other New Jersey mayors that may have been punished in various ways for refusing to endorse Christie, including Hoboken’s Mayor Dawn Zimmer, who told Christie she would remain neutral during the election and received only $300k of the $100 million she asked for in hazard mitigation grants. Daily Kos reports that Christie is now being investigated by federal auditors over the use of Hurricane Sandy relief funds for a marketing campaign to promote tourism after the storm. The firm that ultimately won the bidding process charged $2.2 million more that the lowest proposal and it is theorized that they were chosen only because their plan featured Christie and his family in ads that ran during his re-election campaign.

Moving on to New York, Daily Kos writes that New York House Majority Leader Eric Cantor announced that he will use the power of Congress to try to stop Mayor Bill de Blasio’s plans to restrict the growth of charter schools in New York City in spite of his previous statements in favor of local control over education.

In New Hampshire, Hit & Run looks at the New Hampshire State House, which became the first U.S. legislative body to pass a marijuana legalization bill, voting 270-162 to regulate marijuana like alcohol. However, the bill is a long way off from becoming law; it has to be reviewed by the House Ways and Means Committee and pass a second vote in the House of Representatives before it even goes before the State Senate.

Hit & Run also reports that the Philadelphia city controller is investigating why several of the mayor’s top aides appear to be ‘double-dipping,’ that is, holding multiple titles and collecting multiple salaries, which is expressly forbidden by the City Charter. Mayor Michael Nutter defended his aides, saying that they are not double dipping because while his aides have multiple titles, they only receive one paycheck and one pension, which are larger than the City Charter permits only to keep up with the cost of living.

In the wake of the chemical spill that contaminated the tap water of 300,000 in West Virginia, Informed Comment advocates for coal to be banned, citing the damage to both people and the environment caused by burning coal. 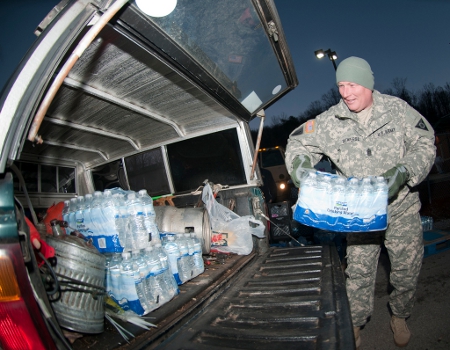 Coal was also the target in North Carolina this week, as The Progressive Pulse reports on the Union of Concerned Scientist’s study on the problems with North Carolina’s coal dependency. Still in North Carolina, PoliticusUSA tries to understand Senate candidate Greg Brannon’s recent comments that the Department of Agriculture should be abolished and that food stamps enslave people.

In Virginia, Outside the Beltway examines the upcoming Senate race in Virginia after rumors that Ed Gillespie, a former Republican National Committee chairman, will challenge incumbent Mark Warner (D), noting that while there is room for this race to become competitive, at the moment it seems unlikely that Warner will lose. If the Republicans lose the race to Warner (which would leave the Democrats in control of the top three jobs in Virginia), Bearing Drift calls on Virginia Republicans to do things “the Virginia way rather than the Washington way,” meaning they should work with the Democrats to govern the state, rather than attempting to block them at each turn.

Decision Virginia reports that incoming governor Terry McAuliffe will focus on jobs and the economy during his term rather than social issues, McAuliffe has indicated that he will not undo the abortion restrictions put into place by the last governor as many had hoped he would. On a lighter note, National Journal details the Virginia gubernatorial tradition of pranking their successors after outgoing governor Bob McDonnell hid alarm clocks in the governor’s mansion for Terry McAuliffe.

In Florida, SaintPetersblog reports that 59 percent of Floridian Senators and Representatives previously served in the Florida House or Senate, which is much higher than the national average of 50 percent. The Shark Tank highlights the upcoming special Congressional election between David Jolly (R) and Alex Sink (D) as the first test for both parties after the Obamacare roll out. Jolly is running his campaign exclusively on an anti-Obamacare platform, while Sink has promised to stand firm in support of the law. The March election could preview how well these strategies will work for both parties in the midterm elections.

Talk Business Arkansas writes that Lieutenant Governor Mark Darr (R) has conceded to the calls for his resignation following his acceptance of an $11,000 ethics fine, the largest in state history, for errors on his campaign finance reports.

Blue in the Bluegrass decries Kentucky State Police’s recent acquisition of a Lear Jet through a military surplus program as an unnecessary militarization of the police force.

Daily Kos reports that Oklahoma’s ban on gay marriage was the most recent victim of the courts when it was ruled to be illegal by Senior District Judge Terence Kern. However, the ruling has been stayed, so marriages will not take place until Oklahoma has had the chance to appeal the ruling.

Brain and Eggs examine a fight between a South Texas town and its school district after the town effectively closed the school by shutting off its water supply when the school refused to pay increased rates.

In Ohio, FreakOutNation reports on an incredibly racist email sent out by a Norwalk city council member, who has refused to apologize on the grounds that the email was intended as a joke.

Blog for Iowa writes that a new poll shows that 53% of Iowans support raising the minimum wage from $7.25 an hour to $10.10 an hour. The poll also revealed that the majority of Iowans believe the gap between rich and poor was increasing, that not everyone has an equal shot of getting ahead economically, and that many oppose the economic policies pursued by Governor Branstad.

In light of the Bridgegate scandal in New Jersey, True North interrogates Minnesota’s political culture, arguing that Minnesotans turn a blind eye to the corruption that exists within the state to preserve their clean self-image.

Staying with theme of corruption, but moving to Wisconsin, Blogging Blue examines election fraud in the Badger State in a very tongue-in-cheek piece, reporting that the 65 charges of fraud since 2008 have probably been enough to swing a county board supervisory seat election and calling for retinal recognition chips in every Wisconsin voter. Meanwhile, Blue Cheddar reports that a bill sponsored by State Senator Glenn Grothman would give a parent or grandparent the right to stop an abortion if they could prove the decision to abort was based on the baby’s sex, but fails to clarify what kind of evidence would be needed.

On Monday, Daily Kos reports that the U.S. Supreme Court has rejected the Arizona government’s effort to reinstate a law that prevented most abortions after 20 weeks of pregnancy. On Tuesday, Blog for Arizona writes that Arizona Governor, Jan Brewer, doesn’t ‘get’ Federalism, after she commented that the Supreme Court decision was an infringement of the authority of states. Still in Arizona, Daily Kos reports that the state’s Republicans have introduced a bill to discriminate against LGBT people, so long as there was a religious motivation to do so.

The last few months have seen a great deal of debate over the possibility of the construction of a new high speed rail line in California. On Monday, Hit & Run says that Governor Jerry Brown is set on its construction despite funding problems, and that an assemblyman is trying to put the bullet train plan back on the ballot so that voters can reject it.

FreakOutNation covers the case of a state senator in Colorado who filed a bill preventing food stamp recipients from using food stamps at marijuana retailers, based on a fake story that ran on a satirical news site. 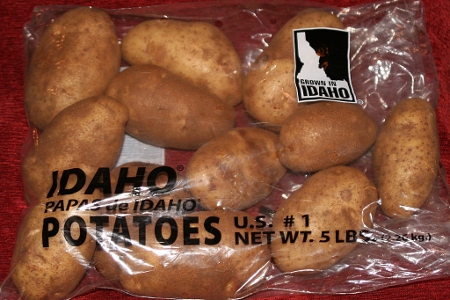 Idaho’s Eye on Boise wrote on Monday that some of the state’s potatoes were given as a gift by U.S. Secretary of State John Kerry to Russian Foreign Minister Sergey Lavrov, during Syrian peace talks in Paris. This apparently prompted a rather odd discussion about vodka.

WyoFile covers the debate over education reform in Wyoming, saying that despite spending a great deal of money on K-2 education, the state still has middling results. Still in the Cowboy State, FreakOutNation writes that a state Republican lawmaker is pushing for the use of firing squads to execute condemned state inmates, as it a cheaper option than building a gas chamber or a gallows.

Finally, in Hawaii, Honolulu Civil Beat looks at the concept of ‘pono’, the Hawaiian spiritual concept of living in balance and harmony. They look at a teen pregnancy and STI education program in local schools called ‘Pono Choices’, which is opposed by a small group of right-wing political and religious ‘extremists’ who say that the program encourages the ‘homosexual lifestyle’.