President Obama’s speech on surveillance has been criticized for being heavy on rhetoric and light on true reforms, essentially opting to keep the current system fundamentally intact with some additional oversight. Frank Pasquale examines one of the more concerning, but largely ignored abuses of the gathered intelligence—the sharing of national security data across bureaus for law enforcement purposes. He argues that before better surveillance policy can be developed there must be a commission to review the politicization of intelligence gathering.

In his recent speech on surveillance, President Obama treated the misuse of intelligence gathering as a relic of American history. It was something done in the bad old days of J. Edgar Hoover, and never countenanced by recent administrations. But the accumulation of menacing stories—from fusion centers to “joint terrorism task forces” to a New York “demographics unit” targeting Muslims—is impossible to ignore. The American Civil Liberties Union has now collected instances of police surveillance and obstruction of First Amendment‐protected activity in over half the states. From Alaska (where military intelligence spied on an anti-war group) to Florida (where Quakers and anti-globalization activists were put on watchlists), protesters have been considered threats, rather than citizens exercising core constitutional rights. Political dissent is a routine target for surveillance by the FBI. 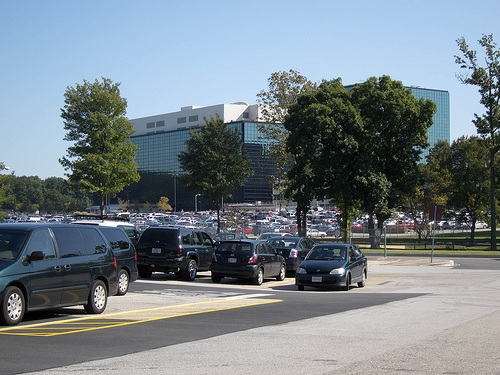 Admittedly, I am unaware of the NSA itself engaging in politically driven spying on American citizens. Charles Krauthammer says there has not been a “single case” of abuse. But the NSA is only one part of the larger story of intelligence gathering in the US, which involves over 1,000 agencies and nearly 2,000 private companies. Moreover, we have little idea of exactly how information and requests flow between agencies. Consider the Orwellian practice of “parallel construction.” Reuters has reported that the NSA gave “tips” to the Special Operations Division (SOD) of the Drug Enforcement Administration, which also shared them with the Internal Revenue Service.

The legal status of such information sharing is murky at best: the national security data is not supposed to be used for law enforcement purposes. Apparently the SOD sidestepped these niceties by re-creating criminal investigations from scratch, fabricating alternative grounds for suspecting the targets. Thus the “parallel construction” of two realities for the law enforcers: one actual, secret record of how targets were selected, and another specially crafted for consumption by courts. Two senior Drug Enforcement Administration officials defended the program and called it legal, but did not disclose their reasoning. At present, the practice looks like little more than intelligence laundering. Five senators asked the Department of Justice to assess the legality of “parallel construction;” it has yet to respond.

I have little doubt that the DEA used parallel construction in cases involving some pretty nasty characters. It must be tempting to apply “war on terror” tactics to the “war on drugs.” Nevertheless, there are serious legal and ethical concerns here. One of the American revolutionaries’ chief complaints against the British Crown was the indiscriminate use of “general warrants,” which allowed authorities to search the homes of anyone without particularized suspicion they had committed a crime. Thus the 4th Amendment to the US Constitution decrees that “no Warrants shall issue, but upon probable cause.” Law enforcers aren’t supposed to set up “dragnet surveillance” of every communication, or use whatever data stores are compiled by the National Security Agency, unless there is a true security threat.

Between 1956 and 1971, the FBI’s COINTELPRO program engaged in domestic covert action designed to disrupt groups engaged in the civil rights, antiwar, and communist movements. As Lawrence Rosenthal has observed, “History reflects a serious risk of abuse in investigations based on the protected speech of the targets,” and politicians at the time responded. Reviewing intelligence agency abuses from that time period, the Church Committee issued a series of damning reports in 1975-76, leading to some basic reforms. If a new Church Committee were convened, it would have to cover much of the same ground. Moreover, it would need to put in place real safeguards against politicized (or laundered) domestic intelligence gathering. Those are presently lacking. I have yet to find a case where the parties involved in any of the intelligence politicization (or laundering) were seriously punished. Nor have I seen evidence that the victims of such incidents have received just compensation for the unwarranted intrusion on their affairs.

Before we can develop better surveillance policy, we need something like a Truth and Reconciliation Commission to review (and rebuke) the politicization of intelligence gathering post-9/11. Too many privacy activists have been unwilling to admit the persistence of catastrophic threats that may only be detected by spies. But the US government has been even less moored to reality, unwilling to admit that a runaway surveillance state has engaged in precisely the types of activities that the Bill of Rights is designed to prevent. To have a debate about the proper balance between liberty and security, we need to confront the many cases where misguided intelligence personnel spied on activists with neither goal in mind.

This article first appeared on Balkanization.