What Kerry and Obama could learn from FDR on the environment

After successfully seeing the country through the Great Depression and the toughest years of World War II, Franklin D. Roosevelt is widely remembered to be one of the greatest president’s in U.S. history. In addition to these impressive accomplishments Sheila D. Collins argues that FDR was one of the country’s greatest environmental leaders, creating the Civilian Conservation Corps, the Soil Conservation Service, and the Tennessee Valley Authority within his first 100 days to combat the Dust Bowl, flooding, and other environmental disasters faced during his time in office. She writes that President Obama and John Kerry would do well to emulate Roosevelt as they turn their attention to global warming. 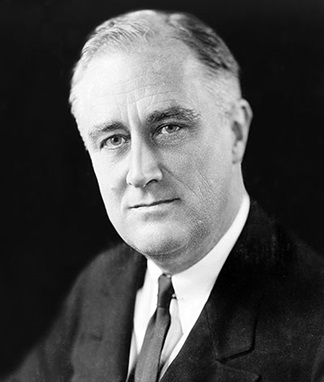 Recent reports that Secretary of State John Kerry is pushing to create an agency-wide focus on global warming with the goal of leading the effort to obtain a new global climate change treaty are welcome, but long overdue. The scientific community has warned for years that we are on a collision course with global warming, and a recent report from the National Academy of Scientists suggests that “hard-to-predict sudden changes” in the environment due to the effects of climate change might drive the planet to a “tipping point.” Until now, the United States, still the biggest per capita polluter next to the United Arab Emirates and tiny Trinidad and Tobago, has refused to take leadership on this issue. Kerry’s decision may even be too late. Secretary Kerry and his boss would do well to learn from the leadership of Franklin D. Roosevelt. Though faced with an environmental crisis far less apocalyptic and global but nevertheless monumental for its time, Roosevelt rose to the occasion in the first 100 days of his presidency, creating the Civilian Conservation Corps (CCC), the Soil Conservation Service, and the Tennessee Valley Authority (TVA) and exerting a leadership and educational role on conservation that would have a profound and lasting effect on the nation’s environmental health.

Most people forget that the Great Depression was not only an economic crisis, but an environmental one. By the time Roosevelt took office, the country had faced a Mississippi River flood of biblical proportions—then the most destructive river flood in the history of the United States. It would face another on the Ohio River in 1937. Seven-eighths of the country’s original forests had been decimated, and the Dust Bowl, on its way to destroying one sixth of the country’s topsoil, would generate the first great environmental refugee migration of the modern age. By the start of the Depression, the United States had experienced nearly 300 years of unchecked wildlife destruction. Large parts of the country also faced a public health crisis resulting from the twin economic and environmental crises. Malnourishment and disease—especially malaria—plagued the impoverished sections of the country, and unknown numbers died from dust pneumonia.

Within a matter of weeks, the Civilian Conservation Corps had recruited, trained and sent off to work projects thousands of young, impoverished men, World War I veterans and Native Americans. These corpsmen would soon be planting billions of trees (an estimated three billion altogether), essentially reforesting the country, teaching farmers how to conserve the soil, planting thousands of acres of the Great Plains with grasses to retain moisture, and building shelter belts of drought-resistant trees to break the winds and anchor soil to prevent another Dust Bowl. Conservation corpsmen would be bringing white pine blister rust under control; eradicating tree-killing insects; fighting fires; developing sub-marginal land as wild-life refuges; building fish-rearing ponds and animal shelters; developing springs; planting food for animals and birds; constructing nesting areas; reintroducing wildlife to depleted areas; stocking streams, rivers and dams with fish; and collecting, treating, and releasing sick or injured creatures on federal refuges. Some camps were involved in wildlife research, and many more were tasked with monitoring wildlife. Some 800 national and county parks were built by the CCC, national parks were refurbished, and infrastructure was created for their recreational use. 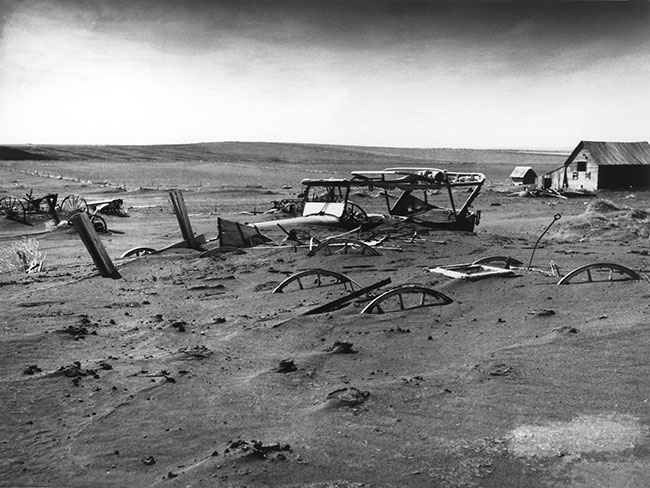 The CCC and TVA also served to conserve the human resource base. One hundred thousand illiterate CCC corpsmen were taught to read and write. Over 25,000 received eighth-grade diplomas, over 5,000 graduated from high school, and 270 were awarded college degrees. On-the-job technical vocational education provided many graduates of the program with skills that they could turn into waged work upon completion. By the end of the program malnourished men had gained weight, muscle, and height, and achieved disease and mortality rates lower than the national average for men of their age group. Using environmentally benign methods, the TVA eradicated malaria in a seven-state region, rid the area of periodic floods saving thousands of lives, and brought electricity into the homes of millions of people. These efforts did much to develop an environmental awareness that would flower into the environmental movement of the 1960s. Though the New Deal’s environmental record was not untarnished—there were some unintended consequences resulting from the limited ecological knowledge available at the time—it is very likely that without the work of the CCC, the Soil Conservation Service and the TVA, the country would have experienced species extinction and global warming much earlier than we have.

All of this is due to the leadership of Franklin D. Roosevelt whose lifelong passion for the environment led him to take action when it was needed and not to wait for public opinion or congressional critics to come around. Recognizing the threat to the nation’s health in the loss of environmental resources, he was willing, despite a dedication to balanced budgets, to permit deficit spending to save them. A master communicator, he spoke of environmental sustainability as requisite to the security of the American people and to the liberty of the community. As early as 1912, New York State Senator Franklin D. Roosevelt in a speech in Troy, New York, challenged the common assumption both then and now that human inventiveness and technology could save us from our destructive patterns.

The opponents of Conservation who, after all, are merely opponents of the liberty of the community, will argue that even though they do exhaust all the natural resources, the inventiveness of man and the progress of civilization will supply a substitute when the crisis comes. . . . I have taken the conservation of our natural resources as the first lesson that points to the necessity for seeking community freedom, because I believe it to be the most important of all our lessons.

As president, Roosevelt used every means of communication at his disposal—speeches, radio chats, posters, the commissioning of movies, music and art–to educate the public about the need to conserve the environment and to plan for its long-term sustainability.

It is tragic that Roosevelt’s message was little heeded in the post-war rush to create a consumer society. We are now paying the terrible price for unregulated and environmentally destructive consumption. We might just have a chance if Kerry and Obama were to learn from the proactive role model of a president who, though lionized for other achievements, is underrated for his consummate environmental leadership.

Sheila D. Collins – William Paterson University
Sheila D. Collins is Professor of Political Science Emerita, William Paterson University and editor/author with Gertrude Schaffner Goldberg of When Government Helped: Learning from the Success and Failures of the New Deal. She is on the speakers’ bureau of the National New Deal Preservation Association and the board of the National Jobs for All Coalition, is a member of the Global Ecological Integrity Group and co-chairs two seminars at Columbia University.