Executive orders are not a viable route around political gridlock

In his recent State of the Union address, President Obama told Congress that if they continued to obstruct rather than act, he would move forward wherever he could without them. One avenue for such initiatives could be the increased use of executive orders; however, it is unclear if the president can actually wield true power in this way. Using data on executive orders from 1947-2003, Fang-Yi Chiou and Lawrence S. Rothenberg examine whether and how the president’s supposedly independent actions are constrained by outside forces. They conclude the president cannot achieve true additional power through unilateral action and executive orders are unlikely to provide a means to work around a gridlocked political process.

The idea of presidential power is central to the study of American politics. Traditionally, much of the scholarly attention on assessing such power has focused on whether the chief executive was successful in getting his legislative agenda passed through Congress. Recently, however, the ability of any president to get statutes through an increasingly polarized Congress has been negligible. It is probably not coincidental, then, that scholars of the American presidency have increasingly turned to assessing the chief executive’s non-statutory efforts as a means of determining whether they can have a meaningful policy impact—presidents, including Barack Obama, have been quite sensitive to this possibility as well. 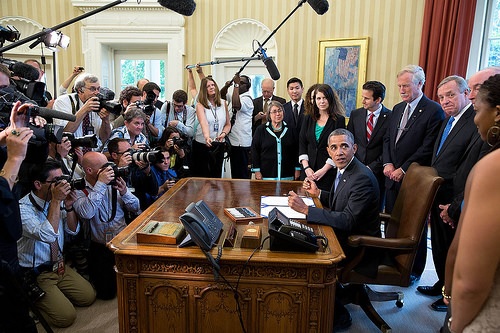 Perhaps most notably, a number of scholars have come to analyze whether, or under what conditions, the president is able to move policy unilaterally through executive actions. However, whether such actions make the president more powerful has not always been clear—sometimes researchers have suggested that presidents are very limited because of the possibility of legislative pushback or judicial reprimand, while at other times they indicate that these constraints are limited because legislators find working together so problematic and given that judges are rather passive.

This is where our work picks up, with the question: Can the president, through the proverbial stroke of a pen, change policy in a manner that makes him more powerful?

Answering this query is quite difficult for a number of reasons. First, we need to define what actually constitutes power. We then must develop and implement a research design that can assess whether what presidents do is consistent with power’s exercise; the mere fact that presidents take unilateral actions, such as issuing executive orders (EOs; the specific empirical focus of our research), is not tantamount to actually being powerful.

In our analysis, we primarily define power in the tradition of Robert Dahl as the ability to move the policy in a direction more to the president’s liking than the current status quo without needing even the tacit agreement of other political actors (notably, Congress or those running its majority parties). If EOs must push policy to make such other political actors happy—perhaps because they will otherwise react by making life more difficult for the president in a host of ways (e.g., riders to budgetary appropriations or hindering political appointments)—then the president is not truly being powerful according to this definition. In addition, we investigate presidential influence arising from unilateral action by assessing how much policy is changed simply because of this institutional means.

With this conception of power in hand, we then build competing game theoretic models associated with more or less power, focusing on presidential discretion over a particular policy. The key for our theoretical analysis is not the amount of discretion that the chief executive has per se, but rather the extent to which its exercise it is constrained. With contrasting models predicting different patterns of EO issuance over time, we look at which best corresponds to the data for 1947-2003. However, before examining whether the pattern of issuing policy-relevant declarations is more consistent with a model associated with one type of discretional constraint (i.e. judicial, legislative, or political) relative to another, we need to sort out important from unimportant unilateral actions. We do so by developing a new variant of so-called Item Response Theory that, among other things, allows us to incorporate multiple “raters” assessing the importance of a given act and producing a single number of each Order’s significance.

When we then use the number of significant EOs to examine which theoretical predictions are borne out, we find that the model where discretion is constrained by political parties best corresponds to the data, regardless of which specific threshold of EO significance is adopted. This is of great interest for several reasons. First, political parties have not been greatly emphasized in the analysis of presidential unilateral action. Yet, we find that their incorporation is crucial. Second, the model emphasizing parties is consistent with a world where the president, rather than exercising raw power, is constrained by requiring compliance of key legislative players. Hence, we suggest that any claim that presidents acting unilaterally are inherently powerful is overblown, as the reality is one of subtle bargaining between the chief executive and other political actors. 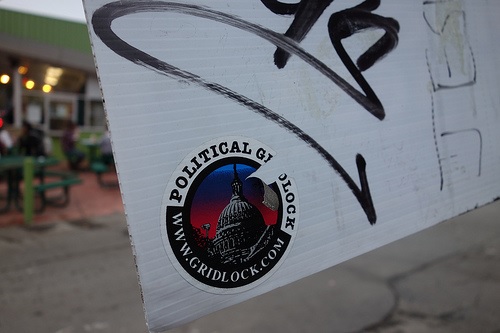 Even if we do not focus on power as we have defined it, and instead concentrate on policy influence or impact, our results show that while unilateral action increases the president’s policy influence or impact, it does so less than might be inferred by previously scholarly work because influence through executive actions tends to be substantially undercut by Congress, particularly during divided government.

In short, our research suggests that, even when unilateral executive action is concerned, the American system of checks and balances continues to loom large. Along these lines, exploring executive action, at least in the form of Executive Orders, as a means of circumventing a gridlocked political process does not promise to go particularly far. Such unilateral action will not be a way out of the policy binds that a president may find himself in.

This article is based on the paper “The Elusive Search for Presidential Power” which is forthcoming in the American Journal of Political Science.

Fang-Yi Chiou – Institute of Political Science, Academia Sinica (Taiwan)
Fang-Yi Chiou is an associate research fellow at the Institute of Political Science, Academia Sinica (Taiwan) and was the 2011 recipient of the Taiwanese National Science Council’s Distinguished Research Award. His research focuses on American presidency and the political economy of legislative institutions and politics in the U.S. Congress and Taiwanese legislature, specifically what causes legislative gridlock in these legislatures.