President Obama’s State of the Union address last month recognized that working women—and men—should not face hardship for taking care of their family responsibilities. Recent research by sociologists, Julie A. Kmec, Lindsey Trimble O’Connor and Scott Schieman suggests that workplaces have a long way to go before realizing the President’s message.  In new research, they find that working mothers perceive penalties—like feeling ignored and that they are given the worst tasks—when they adjust their work schedules after having children.  They suggest that policies and practices that challenge societal assumptions about ideal work are a good starting place in attempts to realize President Obama’s call to give working parents a “break.”

The image of the ‘ideal worker’ permeates the modern workplace, and while they are often beneficial to employers, they have the capacity to cause considerable hardship for employees. Ideal worker norms are beliefs that workers should devote full time, uninterrupted hours to paid work, and are the metric against which employer’s measure workers’ commitment, motivation, competence, and success. In fact, workers who fail to live up to this ideal—because they choose to work part-time, telecommute, or use flexible work arrangements—are often penalized with low pay, few promotions, and bad work assignments  Parents—especially fathers—who take time off to caregive are particularly at risk of penalty for violating ideal worker norms.  At the same time, ideal worker norms are also a metric against which workers measure their self- worth and workplace success.

In our study, we asked: what happens—from a workers’ perspective—when she or he violates ideal worker norms by working part-time or temporarily not at all, especially if they do so following the birth of a child?  Do these ideal worker norm violations affect workers’ feelings of being ignored, micro-managed, or unfairly given undesirable jobs at work?  We studied roughly 2,000 workers from 2000 to 2004 as they moved in and out of full time work, became parents, and altered their work schedules for their children.

As Figure 1 illustrates, women reported more unfair treatment when they worked part time or took an employment break after having a child compared to women who made these same schedule changes but did not have a child. Mothers who stopped paid work or cut their hours after having a child were more likely to feel they are given the jobs that no one else wants than women who had a child and remained employed continuously full time. Yet mothers who worked increased their work hours following the birth of a child also reported feeling ignored at work compared with mothers who worked continuously full time.

Note: Predicted values of work outcomes when controls set to mean or mode. Average frequency of perceived unfair treatment and the variables are coded as follows: 1=never, 2=less than once a year, 3=a few times a year, 4= a few times a month, 5=once a week+. Adapted from Midlife in the United States II.

The men in our study had very different experiences. They did not perceive greater levels of unfair treatment when they worked non-full time schedules—whether they had a child or not. It might be that in a society that equates masculinity with “breadwinning,” men are particularly likely to think that a single-minded commitment to work is a symbol of high personal and moral worth.  When men break ideal worker norms with non full-time work, they may view their decision to do so as a personal failure—both as a man and as a “good” worker—and feel as though they deserve workplace mistreatment. If they feel they deserve mistreatment, they may not recognize it.

Another possibility is that men who work anything but full time in conjunction with having a child are relatively well positioned in the labor market. This privilege may affect their perceptions of mistreatment in two ways. First, privileged men are in a better position to leave jobs where they are treated poorly for anything but full time work. Second, employers may treat privileged men well in daily interactions that directly affect perceptions of treatment at work, even if employers penalize them in terms of wage raises or promotions—the more tangible outcomes we do not measure.

We think worker’s perceptions of how they are treated at work following temporary breaks from an “ideal” work schedule are relevant for broader workplace policy. If employers and policy makers hope to make work more compatible with life in keeping with President Obama’s State of the Union message, our research suggests they will have a hard time doing this: it appears that men use ideal work norms to as an indicator of their work commitment and women who become a parent perceive unfair treatment at work for both taking on and reducing work.

President Obama’s recent message—and the findings from our study—suggest a need for workplaces to reconsider the definition of an “ideal worker” as one who engages in quality work rather than one who works continuously full time. By forcing workers into a one-size-fits-all mold for their entire career, we are limiting opportunities and losing out on talent.  Without a challenge to the ideal worker model, it seems American workers—particularly mothers—are destined for negative work experiences.

This article has also been posted at the Work in Progress blog.

This article is based on ‘Not Ideal: The Association Between Working Anything but Full Time and Perceived Unfair Treatment’, in Work and Occupations. 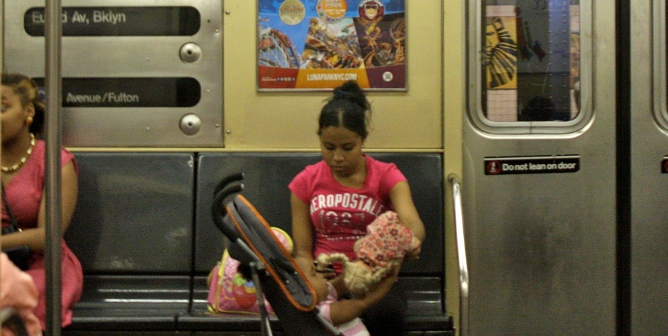