Have you ever wondered why some places seem built for automobiles as opposed to humans? In a recent study, J. Alexander Maxwell and fellow researchers from the University of Strathclyde’s Urban Design Studies Unit find evidence that before the rise of the automobile, cities developed on a walkable “human” scale, with main streets that rarely exceeded 400 meters (a little more than 437 yards). Along with Charles R. Wolfe, they argue that this uniformity reveals an underlying pattern to pedestrian city settings, which should be considered in contemporary urban design and policies.

Some elements of our urban environments change relatively quickly over time. New shops replace old shops, new buildings replace old buildings, and people come and go. However, other elements are more permanent and often reflect the planning policies, design paradigms, and technologies of the times when they were built. In a sense, these surviving features provide snapshots of our urban histories.

Main streets are one of the most enduring and important elements of cities. Historically, their role has been to provide essential links between the home, commerce and community, as well as a context for public life. However, over time, the role of main streets changed as a result of the changing scale of urban development and accommodation of transportation modes—whether horse-drawn or motorized. Many of today’s main streets are no longer as pedestrian-oriented as they once were.

In 2010, several scholars made bold claims were made about the nature of this change. Observing the traditional main street networks of historic urban areas, they suggested that a unique and consistent spatial pattern existed—one that reflected the pedestrian scale of development up until around the end of the nineteenth century. This pattern, dubbed the 400-meter (m) rule, suggested that main streets, developed prior to the rise of the automobile, federal highway systems, and land-use zoning, intersected at intervals that rarely exceeded 400-m. However, there remained little empirical evidence on which to base this claim until now.

Recently, the 400-m rule has been put to test in a preliminary study of 100 historically diverse main street networks from cities in 30 different countries around the world (Figure 1)

Figure 1: Location of study areas across 30 countries around the world

Using Google Earth satellite imagery (Figure 2), lengths of main streets from street networks in each of the 100 study areas were measured and then aggregated according to groupings of urban design paradigms. Each grouping represented a unique pattern and period in the history of urban development.

The results of this empirical study suggest that the observational claims behind the 400-m rule are in fact true (Figure 3).

The scale of historic main street networks seldom exceeds 400-m, while the scale of main street networks since the start of the twentieth century has more than doubled, with the exception of informal settlements. Informal settlements are areas of contemporary cities that often lack formal infrastructure, planning, and land-use policies and have low levels of automobile ownership. Perhaps not surprising, these areas reflect the same pattern of human-scale development as those from more historic cases.

Is there something latent in the 400-m rule that provokes dysfunction when this customary scale is lost? Do greater distances provoke less walkable places, with consequential impacts to health and safety, and overall livability?

We believe that the uniformity of the findings suggests an effortless expression of human tendencies – a signature that should be honored by policy and design consistent with this established norm.

Other examples include areas surrounding new light rail stations and measures of walkable access to such access nodes, nostalgic attempts to reclaim neighborhood unit theories of the twentieth century and assumptions inherent in popular metrics such as WalkScore.

This similarity suggests more conscious study is needed to tie together past and present. If underlying patterns of human-scale design in urban settings can be captured from historic environments and reapplied in contemporary policy and implementation contexts, then new purpose can be realized from past realities.

Note:  This article gives the views of the authors, and not the position of the Fulbright Programme, the US Department of State, the University of Strathclyde, USApp– American Politics and Policy, nor of the London School of Economics.

J. Alexander Maxwell – University of Strathclyde
Alex is currently a Fulbright–University of Strathclyde postgraduate research scholar at the Urban Design Studies Unit in Glasgow, United Kingdom. His research examines the measures and influence of urban design qualities on human behaviors in pedestrian street environments. Originally trained as a civil engineer and environmental scientist, he has published and presented a variety of academic works on urban design theory and practice, atmospheric science and climate change, and international development. His personal website is: www.UrbanDesignStudies.com.

Charles R. (Chuck) Wolfe
Chuck is a long time writer on global urbanism and an attorney in Seattle, where he focuses on land use and environmental law. His work focuses on the use of sustainable development techniques and innovative land use regulatory tools on behalf of both the private and public sectors. Chuck is also an Affiliate Associate Professor in the College of Built Environments at the University of Washington and serves on the Board of Directors of Futurewise and Great City, the Management Committee of the Urban Land Institute‘s Northwest District Council, and has served as Chair of both the American Planning Association‘s Planning and Law Division and the Washington State Bar Association’s Environmental and Land Use Law Section. Chuck is an avid traveller, photographer and writer, and contributes regularly on urban development topics for several publications, including: The Atlantic Cities, The Atlantic, The Huffington Post, Grist, seattlepi.com, and Crosscut.com. He blogs at myurbanist.com and his latest book is Urbanism Without Effort. 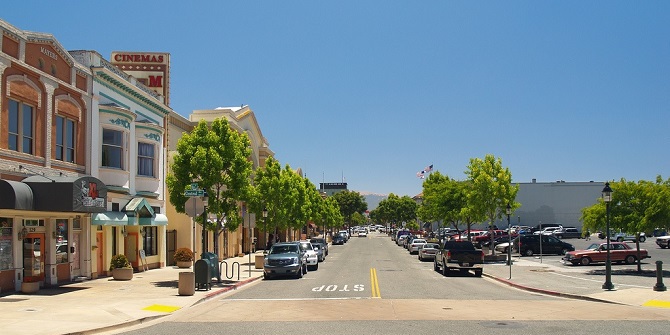