While Detroit’s bankruptcy has received the most publicity, it was only one of many cities unable to pay their bills in the aftermath of the 2008 financial collapse. Mark Davidson explains how the landscape of urban politics has been redrawn in the wake of the Great Recession. He writes that the role of the state in municipal affairs has greatly expanded and that the threat of bankruptcy, once viewed as an exceptional measure, is now being used as gainful method of reducing public pension obligations and solving deficit problems.

Speculation is well entrenched in municipal politics; cities must compete for resources such as federal grants, private capital, charitable and foundational funding, creative professionals, state infrastructure projects etc. In order to compete, cities must speculate by putting public funds into various magnet projects. This speculative urban regime guarantees winners and losers, but the list of losers recently grew as the financial crisis pushed a varied set of cities into bankruptcy. The impact of isolated municipal financial meltdowns is now resonating across the US urban system.

Even in boom times, losing in this game can prove devastating for the ill-prepared or mismanaged city. Missing out on governmental or private investment means fewer jobs, lower fiscal incomes and ultimately a reduction in municipal services to bare bones (or worse). In the absence of more redistributive federal policies, our entrepreneurial urban system has, for the last 30 years, been re-inscribing and remaking geographies of poverty and segregation with alarming efficiency. This is to say nothing new. Anyone who buys a home in the United States knows the costs of entrepreneurial municipal “failure”. The knowledge is embedded in societal understandings of neighborhood, schools, crime rates, poverty, race and class. 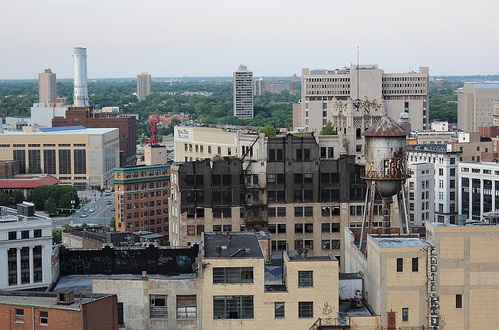 If our speculative urban system punishes uncompetitive municipalities in the good economic times, how then does it work in bad times? Since 2008, we have been finding out. We still have clear winners; rent extracting functionaries in global cities continue to enjoy boom times. Reflecting this fact are cities such as New York that are home those industrial sectors that profit from the perverse global economic system.

The story of the losers is more complicated. However, a general understanding can be sketched out using the example of the biggest losers: cities that have declared bankruptcy. It is these cities who have begun to redefine what failure means in our speculative urban system.

Prior to the 2008 financial crisis, it was generally accepted that cities were systemically mandated—via both governmental and financial arrangements—to balance their books. Cities with lower per capita fiscal incomes simply had lower per capita expenditures. However, in cities that hooked their municipal budgets up to highly cyclical income sources (i.e. property development or speculative financial tools), the financial crisis meant that fiscal shortfalls could not be bridged by available forms of fiscal reform.

In the post-2008 period, this municipal financial failure first occurred in Vallejo, California. Left with a labor bill that exceeded its total income, and revenues that fell in line with the housing market they largely relied on, the city filed for Chapter 9 bankruptcy. Subsequently, we have seen other cities file for Chapter 9, most notably Detroit, Michigan. While the specifics of Detroit’s story differ from earlier Californian bankruptcies (San Bernardino, Stockton, Vallejo), the same basic structural fiscal problem emerged. Recession meant (cyclical) incomes declined, and (newly cyclical) expenditure obligations grew. In Detroit’s case, in 2005, Bank of America and Merrill Lynch sold Kwarme Kilpatrick’s city government a pension restructuring deal that exposed it terribly to interest rate fluctuations. When market conditions changed, this deal meant Detroit did not have the fiscal capacity to deal with its burgeoning repayments.

The financial crisis therefore left cities like Vallejo and Detroit unable to pay their bills, even with very significant reductions in state services. The short-term financial situation was catastrophic.

But this is not the end of the story. These admittedly idiosyncratic cases are redrawing the landscape of urban politics in the following ways: (a) generating a “nuclear option” in municipal governance; (b) reasserting state power in municipal affairs; and (c) creating new depths to neoliberal restructuring. 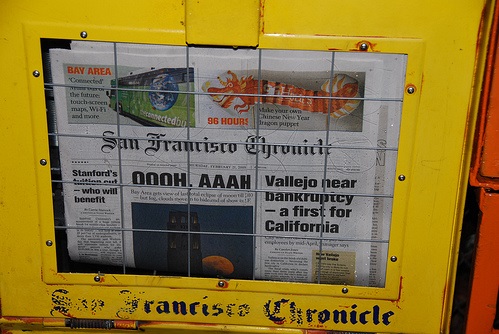 Prior to Vallejo’s bankruptcy, Chapter 9 was an ineffective route to solve long-term structural fiscal problems. The court-mediated process required majority creditor approval of any readjustment plan and, therefore, other venues were better suited to restructure problematic long-term spending obligations. Chapter 9 largely served as a vehicle to resolve investment failures. Most Chapter 9 filings concern failed enterprise or development projects, not cities themselves. The most notable exception to this was Orange County’s 1994 bankruptcy, where the city’s treasurer made risky derivatives deals that went sour. The Vallejo ruling changed this. The court ruling in the Vallejo case opened up a route for municipalities to restructure their debts without majority creditor approval. The potential gains in Chapter 9 (e.g. significant fiscal restructuring and reduced debt obligations) have increased greatly.

Headline catching bankruptcies in California and Michigan have also drawn state governments into municipal affairs. The form of this state involvement varies. In California, the state legislature has acted to put the brakes on potential bankruptcy filings by introducing legislation requiring more mediation between debtors (e.g. municipalities) and creditors (e.g. state pension authorities and public employees). In Michigan, the state government was pivotal in allowing and ensuring Detroit’s Chapter 9 filing. Nationwide, state governments are now (re)considering whether or not Chapter 9 filings should be (de)authorized. A significant amount of lobbying is taking place by those eager for cities (and states!) to go bankrupt in order to reduce public pension obligations and solve deficit problems.

A combination of a few municipal bankruptcies and widespread fiscal imbalances is generating a condition some label “austerity urbanism”. With threats of defaults and bankruptcy, many cities are beginning to broach fiscal issues that have been largely ignored for the past 30 years. Chief targets for reform are collective bargaining agreements, bond repayments and retiree benefits. Exceptional circumstances have created a municipal governance climate where certain state functions and expenditures that were once thought of as untouchable are now fair game. In Vallejo, retiree health benefits were drastically cut. In Stockton and Detroit, many bondholders will see penny returns on their dollars. In San Bernardino, state pension payments are being cut. These types of reforms resonate across the nation, stretching the spectrum of political possibilities.

The speculative municipal system is therefore in turmoil. Growth, whether real or spectral, is no longer covering the cracks. A new governmental terrain marked by extremes is being generated. In this scenario, bankruptcy, or the threat thereof, could ironically be a new source of competitive advantage.

Mark Davidson- Clark University
Mark Davidson is an Assistant Professor in the Graduate School of Geography at Clark University, Worcester, Massachusetts. He holds a BA (Hons) and PhD in Geography from King’s College London. His research interests cover the areas of gentrification, urban policy and metropolitan development. He has published extensively in journals such as Environment and Planning A, Ethics, Place and Environment, Transactions of the Institute of British Geographers and Urban Studies and recently completed (with Deborah Martin) an edited collection titled Urban Politics: Critical Approaches (Sage).