In December, a Utah federal judge ruled that a state law prohibiting polygamy was unconstitutional. Mimi Schippers reflects on the ruling, arguing that plural relationships and cohabitation are not, in and of themselves, bad for gender equality. She writes the effects of polygamy on the status of women and children are variable, and that this variation hinges on who has access to multiple partners. Equal and consensual, access to multiple partners for both women and men can avoid male dominance through marriage.

In a lawsuit brought by the Brown family made famous in the reality television show, Sister Wives, a federal judge in the state of Utah ruled last December that a part of Utah’s law prohibiting polygamy was unconstitutional. Though it appears that this change affects the criminality of polygamy, it does not.  The ruling brings Utah law in congruence with most state laws that prohibit legal marriage to more than one person but does not prohibit cohabitation among multiple adults.

If the blogosphere and social networking sites are any indication, polyamorists and our allies were, for the most part, in support of the Brown family for the Browns and polyamorists share a commitment to plural partnerships and alternative forms of kinship.  Though plural marriage equality is not a high priority among polyamorists, many of us agreed with the federal court ruling and saw it as a positive step forward in recognizing plural relationships.  Like lesbian and gay couples that are prohibited from legal marriage, polyamorists have deep concerns about the legal status of our extra-marital partners.  Poly families face similar issues around access to partners’ health insurance, inheritance, custody of children, and other legal protections and privileges provided by marriage. Though many of us are working around legal marriage to protect ourselves, our partners, and our children, legalizing plural marriage is perhaps a topic of discussion, but it is not the focus of any coherent “poly agenda”.

Despite this, poly relationships are still held up as a cautionary warning in debates about marriage equality for lesbian and gay couples. In the continuing fight for marriage equality in the U.S., both proponents and opponents throw plural marriage under the bus.  One of the main talking points for opponents is, what Gayle Rubin calls the domino theory of sexual peril or the “slippery slope” argument.  If you let lesbian and gay couples marry, soon the polygamists will be knocking on the door of marriage equality.  In response, some proponents say something along these lines: “You can’t compare a committed, monogamous, and loving relationship between two lesbians or gay men with polygamy.”  In other words, we’re normal!  Let us in the club and we promise we’ll slam the door shut behind us so none of the freaks get in. 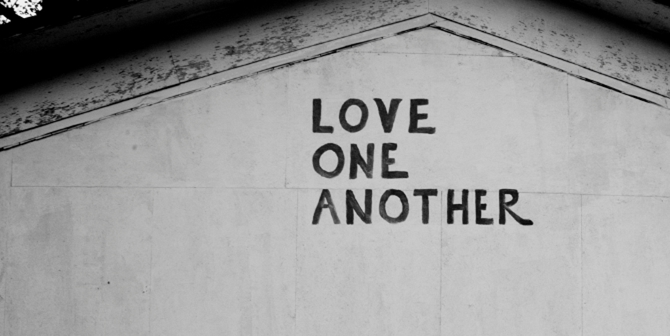 Part of the problem is the conflation of polygamy and polygyny.  Polygamy is plural marriage that includes one man and multiple wives (polygyny) and one woman and multiple husbands (polyandry).  Anthropological and sociological research shows a consistent correlation between compulsory polygyny (one man, multiple wives) and male dominant gender structures where men have greater access to status, authority, and resources.  The majority of polygamist societies and cultures in the world practice polygyny and do so in the context of severe and institutionalized gender inequality. For this reason, The United Nations Committee on the Elimination of Discrimination Against Women recommends the abolition of polygamy.   However, and in contrast, institutionalized polyandry (one wife, multiple husbands) often correlates with more egalitarian gender relations.  (See Starkweather and Hames) In other words, the effects of polygamy on the status of women and children is variable, and variation hinges on who has access to multiple partners.

Contemporary poly culture in the U.S. is different from both polygyny and polyandry in that it condones and advocates multiple partners for both women and men.  Equal access to multiple partners for women and men, it seems, changes everything when it comes to gender relations. Elizabeth Sheff’s research shows that, in the context of polyamory, where both women and men have multiple partners, men report adjusting their masculinities to be less competitive and possessive, and women report feeling a stronger sense of agency and sexual entitlement.  In other words, this research suggests that plural relationships, when consensual and gender-neutral, just might mitigate or reduce gender inequality rather than undergird or exacerbate male dominance.

Moreover, Sheff’s research suggests that children fare quite well in polyamorous families.  Though children experience difficulty with stigma (also true for gay and lesbian families) and the dissolution of partnerships (true for divorce in monogamous marriage), multiple adult partners offer children more attention and caretaking, and parents and guardians report a sense of well being because they have “time off” from childcare responsibilities.  Also, pooling the resources of multiple adults provides a financial benefit as well.  Unlike patriarchal, monogamous marriage or polygyny where men hold status, resources, and authority and women are dependent and vulnerable, polyamory can enhance women’s security and access to resources.

Finally, conflating plural relationships with male dominance neglects the abuse of women and children and women’s lack of authority, status, and access to resources in the context of patriarchal, monogamous marriage.  Sociologists draw a distinction between patriarchal or traditional monogamous marriage and, what Anthony Giddens calls a “pure” relationship.  According to Giddens, feminism and the rise of a consumerist, capitalist economy in late 20th century U.S. has led to a shift in thinking about marriage and partnership.  Rather than a compulsory, life-long, male dominant financial arrangement, “pure” relationships are grounded in choice and involve companionate and equal partners that remain together as long as individuals within the relationship can be their “authentic self” while deriving mutual satisfaction from the partnership.

Though sociologists not familiar with the research on polyamory are willing to draw a distinction between patriarchal marriage and pure relationships in the context of monogamy, they are less likely to make the same distinction between patriarchal polygyny and polyamory.  If our concern is the status of women and children, the problem is not plural relationships; it is the institutionalization of male dominance through marriage, whether monogamous or plural.

The Browns in the Utah case are a patriarchal polygynous family, and as such, can be held up by marriage equality opponents as evidence of the slippery slope of granting marriage equality to gay and lesbian couples.  They look to the Utah ruling and say, “I told you so!”  This ruling is bad for women and children, they argue, because the state will no longer be able to go after polygamists and uncover the abuses.  Meanwhile, I, as a polyamorous woman, see this ruling as a positive step forward in terms of the state recognizing plural relationships while, at the same time, I refuse to endorse patriarchal polygyny anywhere in the world, including Utah.  Statutory rape laws and laws against domestic violence and child abuse are still on the books in Utah and, as is the case within monogamous families, law officials should go after individuals who violate those laws whether they are in plural or monogamous families.