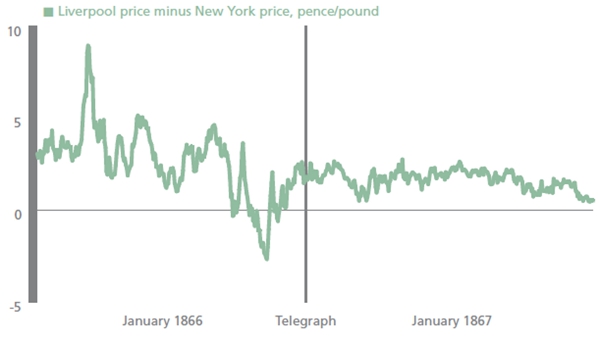 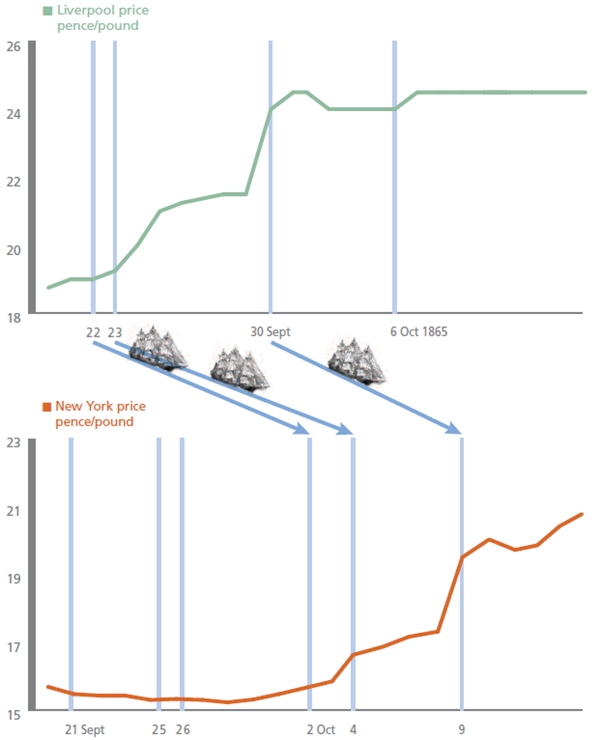 On 2 and 4 October, steam ships arrived with news from Liverpool, but the ‘news’ that they carried was old and didn’t yet incorporate the large demand shock. It was only on 9 October, when a steam ship arrived with the news about the demand shock that the market in New York reacted. The New York Times reported on that day: ‘Cotton has been in decidedly more request, and, under the favorable advices from England…, prices have advanced materially.’ Prices in New York went up because of increased export demand from merchants. The newspaper reported an ‘unusually large quantity’ of cotton being exported.