For three decades, the U.S. has attempted to impose a neoliberal economic model of free markets, trade and investment to the countries of Latin America. This free market push, however, has not extended to drugs, which the U.S. considers to be a security rather than an economic issue. James F. Siekmeier writes that Andean nations go along with U.S. antidrug policies because of U.S. neoliberal ‘soft power’. Taking Bolivia as an example, he writes that those countries that refuse to participate in the unpopular U.S sponsored ‘war on drugs’ face the withdrawal of U.S. government assistance and trade relations.

Historians love ironies. And historians of US-Latin American relations especially like ironies. One influential U.S. policymaker, who has helped re-structure a number of economies around the world to make them more economically efficient, is Jeffrey D. Sachs, of Columbia University. He noted that even as Bolivia came upon the perfect crop –coca leaves–which would make the nation a lot of money (once it’s refined into cocaine)–Bolivia could not benefit from the crop because it was illegal. And Bolivia did this just as U.S. leaders were emphasizing “neoliberalism”–free trade and investment policies. Ironically, as U.S. leaders, as part of the “Washington Consensus” (i.e., neoliberalism) worked to suppress an intensely profit-making crop, even as they preached the importance of entrepreneurialism, private initiative, and free markets.

“The one competitive advantage [Bolivia] has is producing cocaine for the U.S. market. And rather than give ‘Entrepreneur of the Year’ awards there, we go in and shoot the entrepreneurs” (Sachs in Lehman, 2006, 132).

Coca leaves in many respects are a farmers’ dream – in the Bolivian Chapare, the westernmost portion of the Amazon basin in Bolivia, which produces a large portion of the Andean coca crop, the climate is perfect for the plant. (Ironically, U.S. government funds in the 1960s helped to build infrastructure in the Chapare which facilitates the production of coca.) Cocaleros (coca farmers) can plant four crops a year. One doesn’t have to refrigerate it. It’s light and thus easy to transport. It requires little maintenance after planting. Of course, it’s also valuable. However, the high “value added” of drug trade is reaped not by the cocaleros by those who refine the coca paste into cocaine and then sell it worldwide—those who make by far the most money from the drug trade are those who control the distribution and sale of the product.

Even as the United States and other nations that participate in the Washington (neoliberal) Consensus preach the benefits of free-market capitalism, what we find is that with regard to some products – illegal narcotics—instead the Washington Consensus says that producing coca leaves is illegal. Both the individual cocaleros and the producing nations are punished in various ways for producing coca leaves. The USA–at least until a few years ago when President Evo Morales’s Bolivia decided to not allow the US Drug Enforcement Agency to operate in the country— was training the Bolivian military to suppress the production of coca. U.S. government policies use a combination of carrots and sticks to get the Bolivian justice system to more severely punish coca producers, and those involved in the drug trade, than they otherwise would be punished. If coca producing nations are deemed to be not doing enough to suppress the production of coca and the drug trade, they may be “decertified” by the U.S. government and in the future fact cuts in U.S. foreign aid or lucrative trade preferences for the big U.S. market.

By tagging coca leaves and their export overseas as illegal, the U.S. government is putting them in the “security” column, instead of the “economic column”.  Often analysts like to segregate issues into two separate areas, security and economics to make reality more comprehensible. But, I would argue that what is overlooks is that the two are linked.  An increase in U.S. economic influence in the region has facilitated the United States in pursuing its post-Cold War security motives—the interdiction of illegal drugs from overseas and the ultimate suppression of the drug trade.

Since the 1980s, the United States has urged Latin America to accept neoliberalism – free markets, and the free flow of trade/investment across international borders. Neoliberalism has produced a great deal a wealth in some countries, but the wealth has funneled upward to the wealthiest. This is a significant problem in Latin America, which historically has been the most economically unequal part of the world. Some Latin American nations have, to various degrees, assented to the neoliberal world order. This concordance of economic policy across the Americas has given the United States increased “soft” power I would argue – the power that flows to a nation if others accept its ideology. That is, if the Latin American nations agree with the United States on economic policy, it will pave the way for agreement—on U.S. terms—in other areas.  This “soft power” came at a very important time for the United States –its policies in Latin America going back to the 1960s had been roundly criticized by many in the region—the failure of the U.S.-sponsored economic development program, the Alliance for Progress, and U.S. intervention in the Bay of Pigs (Cuba, 1961), the Dominican Republic (1965), Grenada, and Panama (1989). This “soft power’ flowed from Latin America’s acceptance of U.S. neoliberal economic policies.

This soft power has allowed the United States to fight an unpopular drug war in the Andes. (The drug war, too, has cost U.S. taxpayers billions of dollars—with little result, as the production of coca/cocaine has not been reduced much.) Since the Andes is located far from the United States, and traditionally U.S. interests in the Andes have been less important than in other parts of Latin America, the Andean nations have managed to exert a degree of influence over their relationship with the United States—a degree of influence often lacking in the relationship between non-Andean Latin American nations and the USA.

The drug war is unpopular in the Andes because many of the people in that nation dislike U.S. influence – especially if it means that U.S. government resources will strengthen the militaries and the police forces in the Andean nations which could lead to a degradation of democracy in the future. The Andean people (rightfully, I would say) conclude that since the “drug problem” is largely in the consuming nations, it is they that should solve the problem in their own nations – and not try to “solve” the problem by intervening in the producing nations.

However, the Andean nations accept (grudgingly) the U.S.-sponsored “War on Drugs” in the region because, as noted above, they share a neoliberal economic policy – with the exception of Evo Morales’s Bolivia. Agreement on economic issues facilitates agreement in other areas. Moreover, the Andean nations go along with the U.S. antidrug policies because they enjoy a flow of U.S. government assistance that might be threatened if they disallowed the USA to pursue the drug war—as Morales’s Bolivia has seen, with the reduction in US assistance to that nation as Morales has made it difficult/impossible for the USA to pursue the “drug war” in that nation.

Some nations of late have questioned the neoliberal doctrine, and have implemented policies to mitigate neoliberalism’s ill effects on the non-elite, especially poor, majority. (Bolivia, Ecuador, Venezuela).  Many in the Americas have criticized the “war on drugs,” and some Latin American nations have forced the United States to curtail its anti-drug policies in their nations (in particular Bolivia). Nonetheless the legacy of neoliberalism and the “war on drugs” will continue to cast a long shadow over U.S.-Latin American relations for years to come.

James F. Siekmeier – LSE IDEAS and West Virginia University
Professor James Siekmeier is a Visiting Senior Fellow at LSE IDEAS, and an Associate Professor in the Department of History at West Virginia University.  He has taught at colleges and universities in Washington, D.C.; Iowa, Texas, and in Bolivia. He has published articles in Diplomatic History, Pacific Historical Review, and the Latin Americanist. He published The Bolivian Revolution and the United States, 1952-Present (Penn State University Press), in 2011. 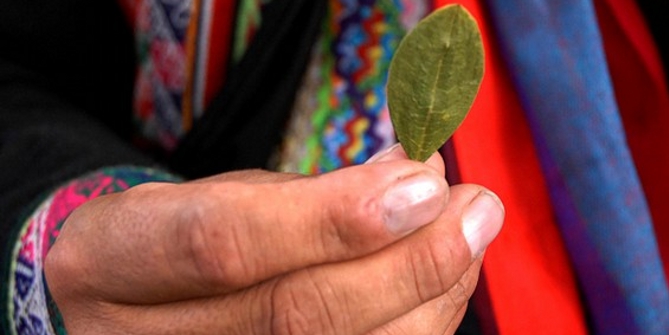