In recent years the ‘Latino Diaspora’ has spread to states in the Midwest and Northeast, which have relatively little tradition of serving the needs of immigrants. Using Wisconsin as a case study, Rebecca Lowenhaupt examines how schools are supporting Latino students and their families. She finds that while schools largely ensure Spanish translation and interpretation of various school processes such as parent-teacher conferences, Spanish-speaking families tend not to join in key school activities such as meetings and events. She argues that schools with changing demographics have much to gain from seeking ways to foster active participation and agency among immigrant families by going beyond traditional methods of engagement.

Recent immigration trends in the United States have led to the rapid growth of ‘new immigrant destinations’ with little tradition serving immigrant communities.  In particular, Spanish-speaking Latino populations have grown substantially in many states, leading to a ‘New Latino Diaspora’ in rural, suburban, and urban areas alike. Unlike traditional immigrant gateways such as Los Angeles and New York City, these new destinations must create new social services to support distinct and growing populations of Latino immigrants, often with limited bilingual resources and institutional capacity. In this context, demographic change has had a major impact on schools, which serve as the first point of contact for many immigrant children and their families.  Schools must rapidly determine how to support their academic, linguistic, and social needs, often building programs from scratch and without clear policy guidance.

In recent research, I look at how schools are responding to recent demographic change in the US. Using surveys of 115 principals and 152 teachers from the new immigrant destination of Wisconsin, I find that while efforts were well underway to ensure Spanish-speaking families access to existing school practices, reports of Spanish-speaking families’ participation indicated lower engagement in relation to their non-immigrant peers.

Among the myriad of responsibilities public schools assume, supporting the active and meaningful engagement of families in their children’s education have been linked to multiple educational and social outcomes for children, particularly those from traditionally marginalized groups. At the same time, schools are often least well-equipped to support family engagement for these communities. Traditional models of engagement, such as fundraising and volunteering in classrooms, have been found to privilege some families, while marginalizing others, primarily families of color, those in poverty, and immigrants. Critics of these forms of engagement argue that they are narrowly defined, sustain negative perspectives about families who cannot participate, and set up unequal relationships between schools and families. 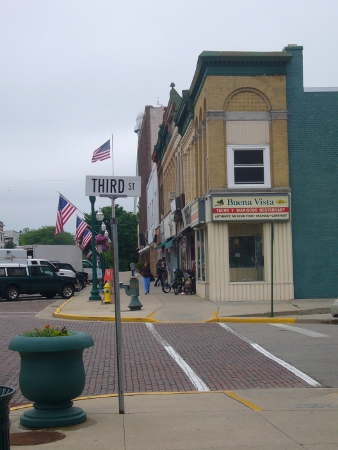 In new immigrant destinations, these traditional models can hinder the process of acculturation and alienate newcomers who are in dire need of the resources available to them in schools. Schools can and should be important providers of immigrant family support, not only caring for the academic needs of their children, but also providing information about and contacts to other social services. The extent to which families benefit from these resources depends on their level of comfort in the school. There are significant barriers to welcoming newcomers, beyond the language barrier for many non-English speaking immigrants. For some who lack documentation or have had negative experiences with officials, interacting with service providers can be a source of stress and fear. Culturally different norms of engagement, as well as extreme time limitations for those working multiple jobs, can also make it difficult for families to engage in normative forms of parental involvement. The extent to which schools in the New Latino Diaspora can offer meaningful opportunities for immigrant family engagement depends on the ways in which schools organize their practices for newcomers.

For the purposes of my study, access was defined as the extent to which schools ensured Spanish translation and interpretation of various school processes, including parent-teacher conferences, school-wide meetings, and key documents. Overall, I found that these practices were fairly common, with schools with higher percentages of immigrant students more likely to focus on ensuring that these forms of access were in place for Spanish-speakers.

In addition, I measured these families’ participation: the extent to which educators felt Spanish-speaking families joined key school activities, such as parent-teacher conferences, school events, and meetings. I found that educators felt participation was fairly low in these normative forms of family engagement, with the exception of parent-teacher conferences, for which immigrant participation was generally average as compared to other families. This finding suggests that efforts to create access through personal connections and Spanish interpretation for these conferences were paying off. However, participation in meetings, particularly parent organizations, was low.

Overall, I found that schools serving the New Latino Diaspora foregrounded issues of access for families, although measures of participation were fairly low, suggesting that despite these efforts to ensure access, immigrant families were not generally actively involved in traditional forms of engagement. However, there is some evidence of evolving definitions of family engagement, leading to greater participation among Spanish-speaking families. For example, many described adult English classes offered to parents at times that were convenient for their schedules. Others highlighted the importance of personal outreach by phone and through home visits to ensure that newcomers had at least one friendly (and bilingual) face to greet them when they entered the school building. Outreach and personal relationships with bilingual staff seem to reduce barriers to involvement, but require significant capacity which many schools in the New Latino Diaspora lack.

Importantly, efforts to reach out to immigrant families appeared to yield greater participation than just providing access through translation and interpretation. Although access is an important first step, schools with changing demographics have much to gain from seeking ways to foster active participation and agency among immigrant families. Seeking partnership and input from immigrant families will likely yield insight into how best to respond to demographic change, as well as surface community resources schools might leverage to serve newcomers. Reframing how family engagement is defined might foster more effective services for newcomers, as families and schools partner to create new programs and practices. In the context of the New Latino Diaspora, schools have the opportunity to reconceptualize family engagement, ensuring more than just access, but also greater agency to families in the education of their children.

This article is based on the paper ‘School Access and Participation: Family Engagement Practices in the New Latino Diaspora’, in Education and Urban Society.

Rebecca Lowenhaupt – Boston College
Rebecca Lowenhaupt is an Assistant Professor at the Lynch School of Education at Boston College. Her research focuses on district and school leadership in the context of immigration and policy reform. A former middle school teacher, she holds a Ph.D. in educational leadership and policy analysis from the University of Wisconsin-Madison. She completed a postdoctoral fellowship at Northwestern University in the School of Education and Social Policy.