Prior to the 2012 presidential election, Democrats accused the Republican Party of waging a ‘war on women’ over their opposition to abortion, and to the Affordable Care Act’s mandate for employers to provide birth control coverage as part of their workplace based health insurance. In new research, Melissa Deckman and John McTague investigate how this narrative affected the outcome of the election. They find that whilevoters’ attitudes about abortion had no direct influence on whether they voted for Mitt Romney or Obama, attitudes about the birth control mandate, however, were significantly related to voting for Obama. They also write that voters were less likely to view Republican opposition to the birth control mandate as an issue of women’s personal sexual behavior, and instead perceived it as more in tune with their attitudes towards health care and social welfare in general.

The Affordable Care Act’s birth control mandate was an important factor in explaining why Barack Obama was re-elected in 2012, rivaling the impact of voters’ attitudes on the economy, government programs to help the poor and health care reform more generally.  Support for the mandate significantly impacted the vote choices of both women and men, although the impact was larger for women voters.  However, rather than conceptualize the mandate as part of a broader “war on women” with the moral connotations of the abortion issue, we argue that voters viewed the mandate as more of a “role of government” issue.

Women’s issues played a prominent role in the 2012 elections due in part to the controversy surrounding the Obama administration’s decision to make insurance coverage of birth control a requirement for all workplaces, even religiously affiliated hospitals and colleges, as part of its health care reform, the Affordable Care Act.  This birth control mandate was met with fierce opposition from conservative religious organizations and was a centerpiece of Republican challenger Mitt Romney’s campaign, which argued that the mandate was a violation of religious liberty.  Republican opposition to the birth control mandate, along with Romney’s pledge to defund Planned Parenthood and the party’s selection of extreme pro-life Senate candidates who opposed abortion even in the cases of rape, led many Democratic leaders to declare that the Republican Party was leading a “War on Women.”

Given that Obama extended his lead among women voters from 2008 to 2012, many pundits argued that the War on Women was instrumental in Obama’s success with women voters.  We tested the War on Women hypothesis using data from the Public Religion Research Institute.  More specifically, we examined the impact of attitudes about both the birth control mandate and abortion rights on presidential vote choice for Obama.  We also considered whether these issues mattered more for women as compared with men voters.

Using a binary logistic regression model to examine the impact of attitudes about the mandate and abortion on vote choice for Obama, which allows us to isolate the impact of these indicators while controlling for other factors that help explain vote choice, we find that support for abortion rights was not statistically significant.  In other words, voters’ attitudes about abortion had no direct influence on whether they voted for Romney or Obama—a finding that is not too surprising given that most political science research shows abortion attitudes are not usually directly linked to voting behavior.

Figure 1 – Probability of Voting for Obama in 2012 election

While our data clearly show that attitudes about the birth control mandate were related to vote choice in 2012, using a statistical technique known as factor analysis, we found that voters’ perceptions of the issue were linked with their attitudes on social welfare, health care, and larger ideological beliefs about the proper scope of government.  By contrast, we found that voters tended to group abortion attitudes along with attitudes about same-sex marriage and the legalization of marijuana—all issues that have dominated the culture war debate and tap into voters’ views of personal morality.  Despite efforts by women’s groups and Democratic leaders to portray GOP opposition to the birth control mandate as part of a broader “war on women,” voters were less likely to view it as an issue of women’s personal sexual behavior and instead perceive it as more in tune with their attitudes towards health care and social welfare.

It is clear that the emergence of insurance coverage for birth control on the issue agenda worked to the benefit of the Democratic Party in 2012, with 56 percent of respondents in the Public Religion Research Institute survey supporting its implementation. However, it remains to be seen how the issue will play politically in the future. The recent Burwell v. Hobby Lobby decision handed down by the Supreme Court, which held that private companies could invoke religious objections to employer-provided health insurance for birth control, suggests the issue has staying power as a salient factor in American politics. Though we anticipate that the issue will continue to be perceived by voters according to their general views about the proper scope of government, it is possible that organized activists will successfully reframe the issue to suit their goals. For instance, conservatives may be more likely to persuade more of the electorate that the issue should be thought of as a matter of religious liberty. This tack, though it may be a hard sell, is more likely to gain traction than an argument about personal morality. Those on the left, on the other hand, would do well to portray the issue as simply a core responsibility of government and a matter of basic health care rather than part of a broader fight over abortion.

We think the War on Women worked to the extent that a majority of voters supported the birth control mandate, and among those voters, it was an important reason for why they supported President Obama over Governor Romney. However, its impact was unrelated to the continuing fight over abortion rights. Both sides would be well served to pay careful attention to the politics of birth control as the 2014 and 2016 campaigns continue.

This article is based on the paper, ‘Did the War on Women” Work? Women, Men, and the Birth Control Mandate in the 2012 Presidential Election’ in American Politics Research.

Melissa Deckman – Washington College
Melissa Deckman is Professor of Political Science and the Louis L. Goldstein Professor of Public Affairs at Washington College. She is the author of School Board Battles: The Christian Right in Local Politics and the co-author of Women and Politics: Paths to Power and Political Influence along with Julie Dolan and Michele Swers, and numerous scholarly articles. Her current research focuses on the role of women in the Tea Party movement.

John McTague – Towson University
John McTague is Assistant Professor of Political Science at Towson University. His research focuses on American political parties, political behavior, religion and politics, and the U.S. Congress. His work has previously been featured in outlets such as Legislative Studies Quarterly, Political Research Quarterly, and State Politics and Policy Quarterly.

Posted In: Democracy and culture | Elections and party politics across the US | Healthcare and public services | John McTague | Melissa Deckman 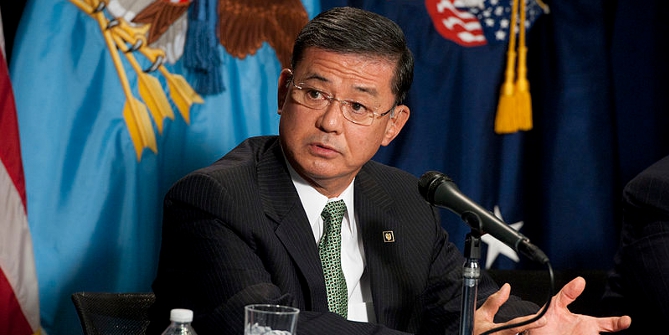 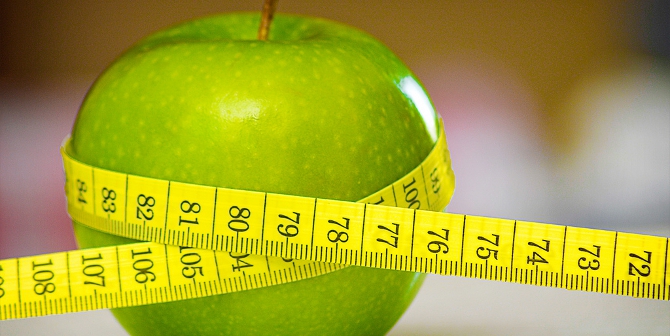 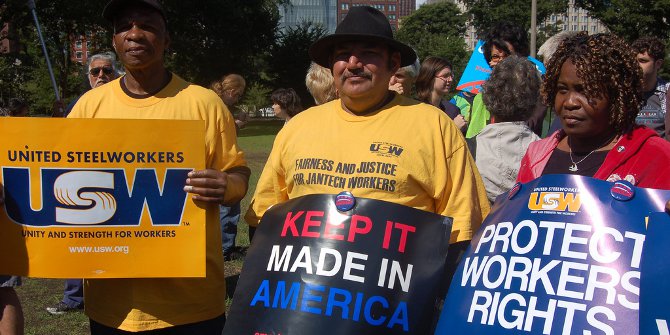