The back-to-the-city movement is leading to political and cultural displacement, transforming the inner city into condo city.

The back-to-the-city movement is leading to political and cultural displacement, transforming the inner city into condo city.

In the past two decades many American cities have experienced an influx of middle- and upper-income residents into areas that had been primarily African-American neighborhoods. While this surge of wealth and redevelopment holds promise to benefit the poor, the reality is that low income residents in these areas are losing their political power as well as feeling increasingly feeling alienated from their own communities. Using Washington, DC as a case study Derek Hyra writes that the political displacement being experienced by African-American communities is accompanied by cultural displacement as historic music venues close while bike share stations open. He argues that urban planners must find ways to socially integrate diverse populations in communities so that all residents feel connected to the spaces in which they live.

The back-to-the-city movement is underway in urban America. In the past 20 years, people have surged to certain central city areas. In the US this recentralization is associated with the redevelopment of low-income, primarily African-American neighborhoods. As more upper-income people move to the city center, new market demand for luxury housing just beyond the central business district has transformed the inner city into condo city (See Figure 1).

Some celebrate the back-to-the-city movement and its associated neighborhood revitalization; however, there are important, and often overlooked, social consequences. While the redevelopment of impoverished neighborhoods with an influx of middle- and upper-income residents holds much promise to benefit the poor, low-income people are losing their political power, culture, and attachment to place. In certain circumstances, this leads to resentment and alienation among long-standing residents, who feel powerless, as their community improves economically. Understanding the processes of political and cultural displacement, and attempting to minimize their effects, is critical to ensuring inclusive, equitable mixed-income communities. 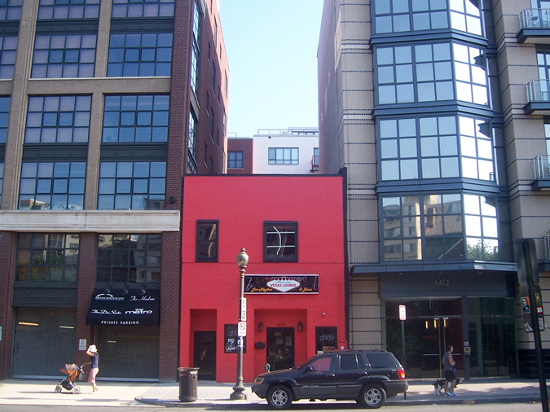 Figure 3 – One of many cranes in Washington, DC 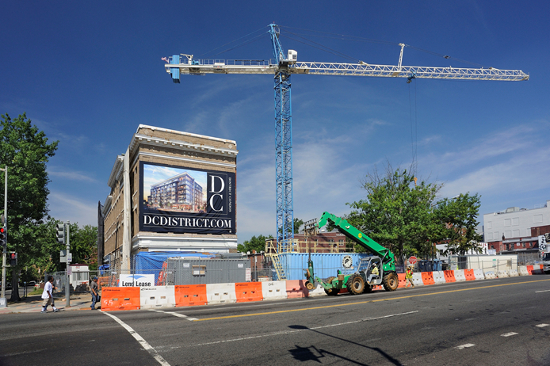 In Washington, DC’s Shaw/U Street neighborhood, a revitalizing African-American area just north of the downtown, long-term African-American political leaders and black-led institutions have lost political power (See the community’s boundaries in Figure 4). As detailed in my recent ethnographic study of this area, newcomers have taken over civic associations once run by long-term residents. Theresa Sule, an African-American resident of one of the community’s affordable housing buildings, claimed, “We have a lot of newcomers coming into the community who don’t know the community. Who want to make decisions for people in the community and don’t even understand the history of the community. And they don’t care for the low-income people in the community.” Moreover, one white newcomer stated, “I can understand why people are upset. That you take an area that even though it had been completely depressed, but has a history of being African American, and then all of a sudden all these outsiders are running it.” 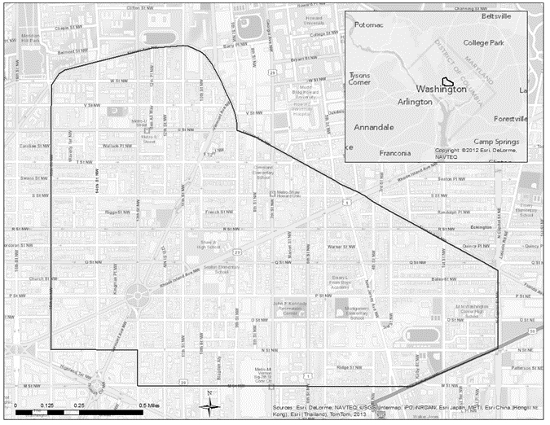 The political displacement in Shaw/U Street is related to cultural displacement. Newcomers advocate for the removal of historic black churches and African-American music venues and call for bike lanes, bike share stations and dog parks. The eviction of important black symbols and the introduction of amenities, such as bike share stations, reflects not only newcomers’ tastes and preferences but also their political ascendancy (See Figure 5). Dominic Moulden, a longtime community organizer, responded to newcomers who claimed they moved to Shaw/U Street because of its association with black culture: “Don’t tell me that you moved to this neighborhood because you wanted diversity. No, you moved here because you realized you got the numbers to change the culture.” 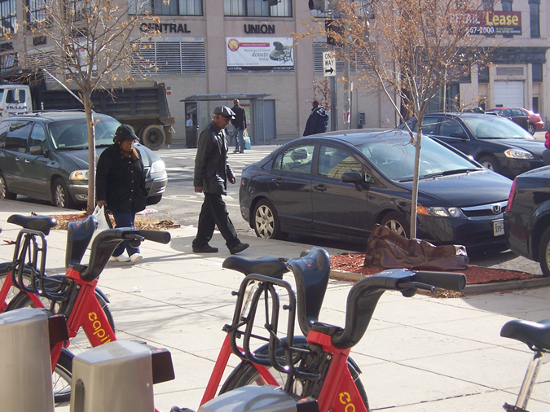 Political and cultural displacement are both processes linked with long-term resident alienation and detachment. Gloria Robinson, an African-American Shaw/U Street affordable housing organizer stated, “I just feel like, and this could be my own paranoia,…when I’m walking through there, especially when the street sidewalks are bustling, it’s like folks are looking at me as if I don’t belong there. I’m serious! It may be my paranoia, but that’s the feeling I get.” Now that the community has redeveloped, Gloria does not feel comfortable in the community in which she grew up.

In Shaw/U Street a sizable low-income black population has been able to remain as the community redevelops. However, this population has lost political power to the newcomers. This political loss is linked to a cultural loss as new physical and social infrastructure reflects newcomer’s preferences. Some long-term residents perceive that they do not control or belong in the space they have lived in for many years. Rather than celebrating the community’s redevelopment, some low-income residents associate it with their political and cultural defeat and resent the “improvements” that have taken place.

Feelings of resentment and alienation increase neighborhood tensions and prevent interactions among low-income and newly arriving upper income residents. Without meaningful contact among residents of mixed-income neighborhoods, the hoped-for benefits of these neighborhoods for low-income individuals are unlikely to material. Furthermore, if low-income people do not feel part of their neighborhood anymore, they may eventually move out even if they can afford to stay.

Policy makers and urban planners need to go beyond preventing residential displacement in redeveloping neighborhoods. They must find ways to socially integrate diverse populations in communities so that all residents feel connected to the spaces in which they live. Maintaining political and cultural parity are important social dynamics yet these aspects of community life are absent in most mixed-income development policies. While preserving affordable housing is important, minimizing political and cultural displacement might be just as critical to producing healthy, sustainable, and equitable mixed-income neighborhoods.

This article is based on the paper, ‘The back-to-the-city movement: Neighbourhood redevelopment and processes of political and cultural displacement’ in Urban Studies.

Derek Hyra – American University
Derek Hyra is Associate Professor of Public Administration and Policy and Director of the Metropolitan Policy Center at American University in Washington, DC. His research focuses on processes of neighborhood change, with an emphasis on housing, metropolitan politics, and race. Dr. Hyra is the author of The New Urban Renewal: The Economic Transformation of Harlem and Bronzeville (University of Chicago Press 2008). He recently completed his second book, Making the Gilded Ghetto: Race, Class, and Politics in the Cappuccino City, which is an ethnographic investigation of the redevelopment of Washington, DC’s Shaw/U Street neighborhood (University of Chicago Press forthcoming).