At the end of September, Indian Prime Minister Narendra Modi is due to make his first state visit to the United States. Hemal Shah argues that despite Modi’s 2005 visa ban and India’s rocky relationship with the US to date, it is possible to be cautiously optimistic about the future relations between the two democratic giants.

Next month, Narendra Modi will make his first trip to Washington as India’s newly elected prime minister. He has his work cut out for him. Four years ago in New Delhi, President Obama hailed the US-India relationship as “one of the defining partnerships of the 21st century.” But since then, drift and disagreement over innumerable issues and India’s lackluster economy have pushed the relationship to a new low. American businesses are wary of India’s flip-flop on investment rules and policy uncertainty. The culmination of the 2008 civil nuclear deal is long overdue, but so is the ratification of the Bilateral Investment Treaty that could potentially thrust US-India trade from the current $100 billion to $500 billion over the next decade.

To be sure, the two economic giants have failed to establish a relationship worthy of their combined GDP of nearly $19 trillion. This is unsurprising given India’s economic growth – fallen to 5 percent since its double-digit heydays – coupled with staggering inflation, weak public finances, energy shortages and indecisive leadership. It is also considered one of the toughest places to do business ranking 134th out of 189 countries on the World Bank’s Doing Business Index (lagging behind her BRICS counterparts). 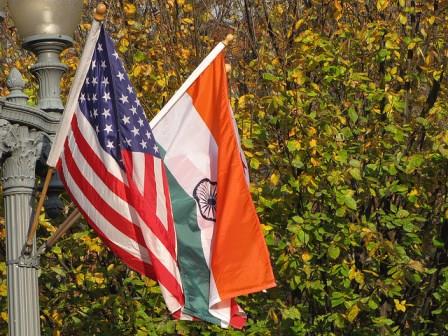 Moreover, America’s reconciliation with Modi before his election – after nine years of isolation over the Gujarat riots – was profoundly belated. In essence, the new government led by Modi couldn’t have inherited a tougher start. But here are five reasons why Modi could well rekindle US-India relations.

1. The logic of being natural allies is still valid. As former Indian prime minister Atal Bihari Vajpayee noted, US and India are “natural allies” in many ways. A symbol of democratic capitalism and a potential global economic powerhouse, India serves as a counterweight to Chinese hegemony in Asia. Furthermore, India’s nuclear capabilities, the fact it possesses the world’s second largest military and common concerns about radical Islam make US and India obvious strategic partners. The two countries are also bound by a vibrant three-million strong Indian diaspora in the US: Indians make up the second-largest group of foreign students in American universities contributing $3 billion annually to the American economy. The US is also India’s second largest trade partner.

2. A pragmatic approach toward foreign policy. Despite being denied a US visa in 2005, over the 2002 Hindu-Muslim riots which happened on his watch, Modi appears not to hold a grudge. Modi did not discriminate against American firms in Gujarat during the US visa ban period. On the contrary, he argues that “relations between the two countries cannot be determined or be even remotely influenced by incidents related to individuals.” Hoping for a “result-oriented visit,” Modi was quick to accept Obama’s invitation for a bilateral summit in Washington this September.

3. Focus on the economy. Modi’s economic message of putting “our own house in order so that the world is attracted to us” includes improving infrastructure, expanding the manufacturing sector, enhancing skill and education opportunities, and adding 15 million jobs a year. In turn his government is ambitious about reviving foreign direct investment (FDI). And Modi is realistic to acknowledge that such goals and challenges can only be met in conjunction with foreign partners, including American enterprises.

4. Ambitious goal of military modernisation. Believing his government “can guarantee peace if our military is modernised,” Modi has started taking small steps in this direction. Despite his government’s unexciting national budget, Modi raised the cap on FDI in the defence sector from 21 percent to 49 percent and increased defence expenditure by 12 percent until March 2015. This is a welcome move for American defence companies to invest in India and for India to exploit American defence expertise. During US Defense Secretary Chuck Hagel’s recent visit to New Delhi, the two countries agreed to take the Defense Technology and Trade Initiative (DTTI) forward by agreeing to go beyond buying and selling to co-production and co-development of defence products.

5. Common friends with the US. With Modi’s ascent, both the US and India have common friends and goals in Asia. Modi already shares a good rapport with America’s closest allies in Asia – Japan and Israel. Modi’s ambition to further India’s Look East policy and Obama’s pivot to Asia cannot be timelier and should be capitalised upon. Notwithstanding Modi’s position against China’s territorial aggression on Indian borders, the Chinese are still wooing him to do business with them — and vice versa. By the same token, Modi argues that looking east doesn’t mean ignoring the west.

But tougher issues still remain on the to-do list. India needs shake off its indecisiveness on the civil nuclear deal, the BIT, and now the DTTI. Simultaneously, the US needs to address India’s concern with the immigration bill’s cap on H1B visas, whereas India should allay American fears over India’s weak patent laws, especially on pharmaceutical drugs. The big question remains as to what extent the new Indian government will move from its reformist economic rhetoric to reality.

Nonetheless, the current dynamics present a real opportunity for both parties to forge a strong commitment without the baggage of the past. After all, Modi himself acknowledged that the world stands to benefit when “the world’s oldest democracy and the world’s largest democracy come together.”

This article originally appeared at the India at LSE blog.