Last month saw hard fought Democratic primary elections in Hawai’i against the backdrop of a destructive  hurricane which disenfranchised two important election precincts. Todd L. Belt writes that Hawai’i’s Lieutenant Governor, Brian Schatz was able to beat Representative Collen Hanabusa by a narrow margin partly because of his more muted campaigning after the hurricanes in communities that value humility, and that incumbent Governor, Neil Abercrombie, was similarly defeated because of his unpopular decisions and combative style. With lava flows now affecting the same precincts, the state’s general and gubernatorial elections in November are likely to be just as eventful as its primary.

On the eve of the 2014 primary election in early August, Hurricane Iselle was bearing down hard on Hawai‘i Island (also known as the “Big Island”).  While Iselle weakened into a tropical storm as it made landfall, it left a path of natural destruction and political uncertainty.  The devastation caused the disenfranchisement of two pivotal precincts in the Puna area, leaving four races undecided ­— including the Democratic contest for US Senate.  The disaster led to two weeks of frantic campaigning in the disaster area, with each senate candidate doing their best to appear helpful to those affected by the storm.  Once the dust settled, the young incumbent, Brian Schatz, hung on to the Democratic nomination for Senate.  And in a stunning turn of events, his benefactor, Governor Neil Abercrombie, became the first of the state’s sitting governors to be ousted in a primary election.

The state of Hawai‘i leans heavily Democratic, so the winner of the Democratic primary is virtually assured a win in the general election, especially when facing token Republican opposition, as is the case in this year’s US Senate election.  The campaign was particularly hard-fought, pitting Senator Dan Inouye’s old-guard camp, represented by the campaign of US Representative Colleen Hanabusa, against Senator Brian Schatz’s new coalition of liberals, environmentalists and young people.  Shortly before his passing in late 2012, Hawai‘i’s beloved, longtime US Senator, Dan Inouye, made his wish known that he be succeeded by Congresswoman Hanabusa.  In defiance of Senator Inouye’s dying wish, Governor Neil Abercrombie appointed his Lt. Governor, Brian Schatz.  The decision precipitated a standoff between the two factions of the party.

The race between Schatz and Hanabusa proved difficult to handicap, given Hawai‘i’s notoriously bad polls.  On the day of the election, two precincts in Hawai‘i Island’s Puna district were closed due to storm damage, disenfranchising a potential 6,821 registered voters who had yet to vote.  Schatz maintained a razor thin lead of 1,635 votes over Hanabusa, while the state figured out how to deal with balloting in the precincts that could determine the election’s outcome.

The state’s office of elections had originally planned to mail ballots to all of the affected votes.  However, the elections office reversed course, and decided to hold the election via walk-in balloting on Admission Day, August 15, a holiday on which the state commemorates statehood.  The change irritated voters, as well as the local Democratic party chair, as many voters in the precincts still lacked electricity, cell phone and internet access.

Both campaigns rushed to the Puna area to provide assistance to residents during the storm-extended campaign.  In an interesting contrast, Schatz and his supporters chose to not overtly display their campaign hats and t-shirts, whereas Hanabusa’s campaign did.  The contrast was important to voters in this heavily Asian state with a strong local sense of the importance of humility.  Hanabusa’s tactics seemingly backfired, making her look more opportunistic than Schatz.  In the end, Schatz extended his margin to 1,782 votes, securing the Democratic nomination. 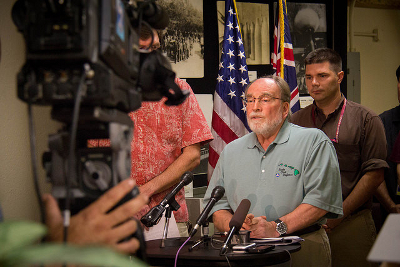 In the Democratic gubernatorial primary, incumbent Governor Neil Abercrombie was trounced by State Senator David Ige, who more than doubled the governor’s vote total.  The loss was historic by both state and national standards.  In Hawai‘i, no sitting governor since statehood had been ousted in his or her party’s primary.  Nationally, the pattern has occurred in less than two percent of cases going back to 1984.  Many reasons have been given as to why the Governor lost his party’s nomination to Ige so handily.  Foremost among them have been positions taken by the Governor, decisions that have alienated his base of supporters, and his combative style.

During his term, Governor Abercrombie took several positions that were clearly unpopular with the state’s electorate.  Foremost among them was a plan he had floated to tax the pensions of retirees in order to generate revenue to balance the state’s budget, which  drew a great deal of criticism and resentment.  Secondly, the governor’s support for a powerful Public Land Development Corporation (PLDC) generated intense resistance from this state’s development-weary and ecologically-minded population, as well as county government.  The PLDC was eventually repealed due to widespread public opposition.  The governor’s support for universal preschool, while widely popular, generated antipathy as he supported a constitutional amendment allowing private preschool to be funded with government funds in order to enhance capacity.  The amendment generated an ACLU lawsuit against the state.  Additionally, Abercrombie felt the public’s wrath for the loss for a year of the NFL Pro-Bowl (whose public funding he called “so stupid”).  The loss of the game, and its $30 million in local revenue, sent reverberations through the public in this shame-sensitive state.

The governor made enemies not only out of many in the general public, but of many who were part of his 2010 electoral coalition.  His failure to execute Senator Dan Inouye’s dying wish rankled many in the party.  Additionally, the governor’s handling of the state teacher’s union contract garnered resentment from a union that had presumed he would be a strong ally and had backed him in 2010.  Because of this, the union chose to back Senator Ige.

Finally, the governor’s aggressiveness was not palatable to many voters.  As noted earlier, individuals who seek to stand out are not viewed favorably in this state.  In December of 2013, Abercrombie crowed over a seeming $1.1 billion turnaround in the state’s finances.  But the numbers would be vastly overstated, and the governor took heat for claiming credit for fiscal turnaround that ended up not existing.  Finally, the difference in style between the humble, soft-spoken Senator Ige and the brash governor could not have been more pronounced during their debates. 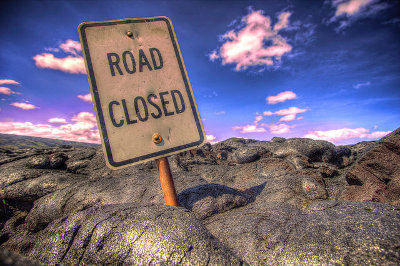 Without a sitting governor, the gubernatorial election heads to a three-way general election race in November.  Senator Ige will be challenged by Republican and former Lt. Governor Duke Aiona and Hawai‘i Independent Party candidate and former Honolulu Mayor Mufi Hannemann.  But mother nature does not appear done toying with Hawai‘i’s electoral process.  Elections chief Scott Nago, who took intense criticism for his handling of the aftermath of Hurricane Iselle, must now deal with the possibility of three precincts unable to vote due to a new lava flow that threatens the same area on the Big Island that suffered the wrath of Iselle.  The state may very well be in for another wild election aftermath.