This week in the Granite State, NHJournal writes that two new polls show that the incumbent Democratic Senator, Jeanne Shaheen has a tight lead over her GOP challenger, Scott Brown.

Heading south to Rhode Island, on Thursday, RI Future reports that a state judge has ruled that the distribution of anonymous political literature is unconstitutional. They say that the lawsuit follows the arrest last year of a political consultant by a local police department for purportedly violating the state’s law. 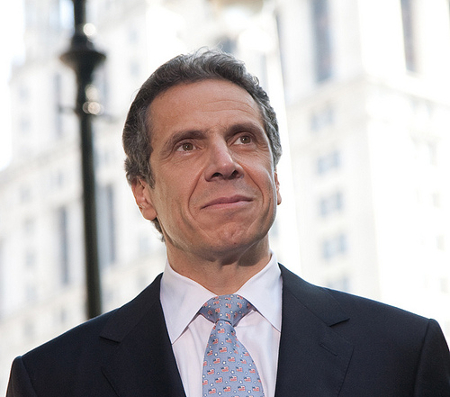 In the Empire State this week, State of Politics writes that Governor Andrew Cuomo has told Democrats trying to gain full control of the state’s Senate that they should run on his record. While Cuomo himself is ahead in the polls by around 30 percent, several upstate Senate districts back his challenger, Rob Astorino.

Moving over to New Jersey, on Tuesday, PolitickerNJ writes that Republican Governor, Chris Christie is currently experiencing near record low approval ratings – around 46 percent. They say that these low ratings are ‘no issue’ for Christie, who points to his re-election with 61 percent of the vote late last year.

PoliticsPA writes this week that the state’s gubernatorial race has become all about Vietnam. They say that the Democratic challenger, Tom Wolf, has been accused by a Tea Party affiliated group of falling to report for a medical exam during the Vietnam War. His campaign has countered by saying that Wolf was actually part of the Reserve Officers’ Training Corps and the Peace Corps. They say that given that Wolf is up by 17 points in the latest polls, this seems to represent a last ditch attempt by those supporting incumbent GOP Governor, Tom Corbett.

This week in the Old Dominion State, Crooks & Liars reports that a federal court has struck down Virginia’s ‘ultra-gerrymandered’ districts. They say that a three-judge appellate court overturned the district maps enacted by the 2012 state Senate, and has restored the previous map for use in 2016. They say that Democratic Governor, Terry McAuliffe, will be able to veto any district plan which is unfair to his party.

Moving west to Kentucky, Daily Kos reports on Monday that new poll has reported that incumbent Senator (and Senate Minority Leader), Republican Mitch McConnell is trailing his Democratic challenger, Alison Lundergan Grimes.  They say that Grimes leads 46 to 44 in the poll, which comes after months of trailing by 4 to 8 points.

In the Old North State this week, The Daily Haymaker comments on the Senate race between incumbent Senator Kay Hagan, and her GOP challenger Thom Tillis. They write that many are attributing Hagan’s poll lead to an unpopular (and Republican led) North Carolina General Assembly. They say that most voters cannot even name their state representative or state senator, and that Tillis and the state’s Republican Party need to fo more to show voters that the difference between them and Hagan.

Georgia Senate candidate David Purdue courted controversy this week with public comments that he is proud of his work to outsource jobs whilst the CEO of a large company, writes Daily Kos. They say that Purdue attributes the job losses to ‘bad government policies, including tax policy, regulation and compliance requirements.

Heading south to the Sunshine State, Saint Peters Blog writes on Wednesday that Florida state Senator, John Thrasher, may end up costing taxpayers $1 million in special election costs. They say that Thrasher, who is in the running to be the next President of Florida State University, has opted to wait to resign his seat until after the November midterms, meaning that a new election and primaries are likely to be needed.

This week, Left in Alabama looks at some reforms of the state’s constitution recently proposed by the state’s Republican Party. They call the proposals ‘a giant GOP unicorn hunt’, as they include measures that prevent the courts from recognizing foreign laws, give Alabamians a ‘fundamental’ right to bear arms, and clarify their right to hunt, fish and harvest.

The Brennan Centre for Justice writes this week that a restrictive Texas voter identification statute has been blocked by a federal court, which has ruled that it violates Section 2 of the Voting Rights Act, and the U.S. Constitution because it effectively denies African Americans and Latinos the same opportunity as white voters to cast a ballot. They say that the law, which meant that voters would have to carry a form of government issued photo ID, would have hit minorities the hardest, as they are much less likely to have such a form of ID.

On Tuesday, PoliticusUSA reports that the Republican Party is ‘on the run’ in Michigan, after they decided to pull out more than $850,000 out of the State’s Senate race. They say that the move is likely down to the failing campaign of their candidate, Terri Lynn, Land. They say that without using her own money, Land would have also raised less money than her Democratic opponent, Gary Peters.

Heading west to the Badger State, Uppity Wisconsin says that the state’s Republican Governor, Scott Walker’s campaign is losing because his ‘creating jobs’ meme has not gained traction, as his Democratic challenger, Mary Burke has pointed our his dismal record on jobs over the past four years. They say that Walker’s team is now downplaying the job issue in his advertisements, instead using a well-known female survivor of domestic violence to portray him a champion of women ‘under duress’. They say that this approach ignores the backdrop of Walker’s regressive policies towards women, which have restricted access to birth control, and fought abortion rights in the state. Staying in Wisconsin, Crooks & Liars reports on Fridaythat the state’s Republican Pary, including Scott Walker, has suffered a major setback as the Supreme Court reinstated a stay against a Wisconsin voter ID law which would prevent many minorities from voting this November.

Outside the Beltway reports on Wednesday that a surprise may be brewing in South Dakota’s Senate race. They say that while the open race has been seen as an easy GOP win for some time, a new poll is showing that Independent candidate (and former Senator), Larry Pressler is gaining on the Republican candidate, former Governor, Mike Rounds. They say that if the GOP has to now worry about the Mount Rushmore State this late in the election game, it will play havoc with their remaining election game plan.

For most lawmakers, last year’s government shutdown is a distant memory, and completely irrelevant to their reelection races. Not so for Nebraska Representative Lee Terry. Roll Call’s At the Races writes this week that Terry is facing an uphill battle this cycle because of comments he made during last year’s shutdown that he would be keeping his own paycheck. This has not played well with his constituency, and may doom his quest for a ninth term.

As of this week, Kansas was still one of the hottest Senate races, with Independent candidate, Greg Orman, tied or even leading the Republican incumbent, Pat Roberts in recent polling. National Journal argues that voters in the Sunflower State don’t know much about Orman – something that could help him win the Senate race. They say that as an independent without clear allegiance, Orman is capitalizing on voters’ frustrations with both parties. 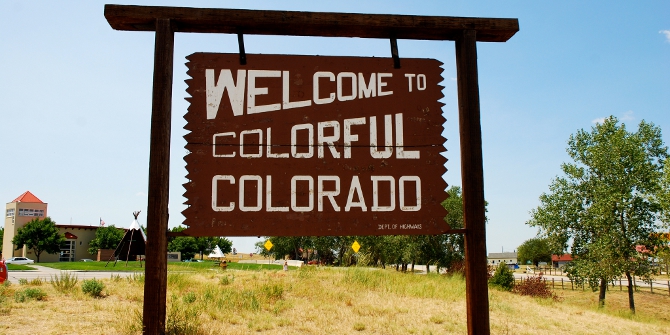 This week, National Journal takes a close look at Colorado’s gubernatorial race. They say that the incumbent Democratic Governor, John Hickenlooper is facing sliding approval ratings, after the self-deprecating qualities that helped him to victory in 2011, are now beginning to turn into liabilities. Staying in the Centennial State, ColoradoPols reports that during a debate between Hickenlooper and his Republican rival, Bob Beauprez, the latter showed himself to be ‘kind of a dick’, after he appeared to try to blame Hickenlooper for the murder of prison reformer Tom Clements, during a debate on women’s reproductive rights.

Heading southwest, Blog for Arizona reports that culture war issues have finally surfaced in the media reporting on the state’s gubernatorial race. They say that Democratic candidate, Fred DuValhas been pushing religious, reproductive and LGBT rights into the campaign, while his GOP rival, Doug Ducey, does not want to discuss the issues.

In Idaho this week, Eye on Boise writes that RepublicanGovernor, Butch Otter, is pleased with the emergency order this week from the Supreme Court that stays the start of same sex marriages in the Gem State. Otter also state that he would continue to fight against same sex marriage in the state.

California’s Fox & Hounds looks at Democratic Governor’s use of veto powers. They say that the end of September was the deadline for him to veto the nearly 1100 bills sent to his desk by the state legislature, and that he only vetoed just over 13 percent of them. They say that Brown has tended to veto around this percentage of bills sent to him, which seems lacking compared to his predecessor, Arnold Schwarzenegger, who vetoed over 26 percent of bills. They say that by contrast, in his first term as Governor between 1975 and 1983, Brown’s veto rate was only just below 5 percent.

Live in Alaska? If you do, you are likely to have been given a check for nearly $1,900 last week, writes The Atlantic. They say that the state’s Permanent Fund Dividend, funded from surplus profits from an oil field, has this year paid out one of the largest sums in the state’s history.