Changes in Canadian society over the past 62 years suggest that a fundamental review of the religious characteristics of the Crown is needed.

Changes in Canadian society over the past 62 years suggest that a fundamental review of the religious characteristics of the Crown is needed.

In the 62 year long reign of Queen Elizabeth II, Canada’s cultural and religious landscape has changed almost completely. Norman Bonney writes that the anti-Catholic trappings of the rituals of royal succession fly in the face of the substantial Catholic majority among the Christian population and the increasingly overall secular character of Canadian society. He argues that ahead of the ascension of the next monarch, Canadians need to begin a public and political debate over the role of the Crown in the Canada of the 21st century.

Canadian culture has been transformed during the reign of Queen Elizabeth from an anglophile Protestant ascendancy in 1952 to a secular ‘ethnic mosaic’ independent multi-culturalism which de-emphasises the public role of religion and religious differences. While the Protestant character of the monarchy was an acceptable feature in of the Canadian constitution in 1952 this is less likely to be the case, when at the end of the current reign, the religious characteristics of the crown of Canada will come more explicitly into focus in the succession rituals for the next incumbent of the throne.

Canadian government documents do not dwell on the religious characteristics of the UK monarchy that provides the crown of Canada but select those that are most harmonious with contemporary values. Canadian Heritage (2012) states that ‘the Queen is our head of state and a powerful symbol of Canada and Canadian sovereignty……She unites all Canadians in allegiance and gives a collective sense of belonging to the country. When taking the oath of citizenship new Canadians swear allegiance to the Queen, as do Members of Parliament. We profess our loyalty to a person who represents all Canadians’.

It may not prove possible at the end of the current reign for Canadians to avoid confronting profound conflict between the values of contemporary Canada and the religious characteristics of the crown that are made manifest in the rituals of succession to the throne. Not only does the monarch, according to UK law, have to be a Christian in communion with the Church of England but Roman Catholics are explicitly excluded from succession and the new incumbent has to swear oaths, before the coronation, rejecting the doctrines and authority of the latter church and maintaining and preserving ‘The True Protestant Religion and the Presbyterian form of church government in Scotland’.  At the coronation the new monarch swears to profess Christianity and to maintain the establishment of the Churches of England and Scotland. He or she also swears before God at this Anglican coronation to govern the peoples of UK, Canada and the other realms of the monarch ‘according to their respective laws and customs.’

The transformation of Canadian society during the reign of Elizabeth II

The transformation of Canadian society in the more than six decades of the current reign may lead these ancient rituals to be most inappropriate for a sovereign of Canada in the twenty first century. In the 2001 census 16 per cent of the population reported that they had no religion. ‘No religion’ responses were particularly high among ethnic Chinese immigrants and Chinese Canadians and some sociologists have argued that the western concept of ‘religion’ is inappropriate for Chinese culture. Similar findings are found in areas with high proportions of indigenous peoples such as British Columbia and the Yukon territories. Official policies of multi-culturalism which have been of significance since 1971 and which emphasise ethno-national cultural origins and differences have also downplayed official public displays of religiosity such that Biles and Ibrahim (209) suggest that today  ‘religion is a form of diversity that dare not speak its name’ even though levels of religious commitment and behaviour in private lives (e.g. religious belief and attendance at religious places of worship) are significantly higher than they are in the UK. 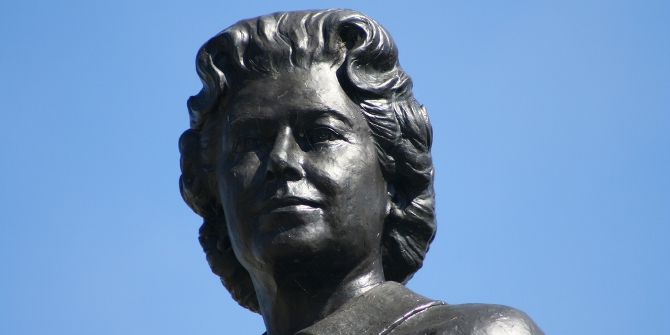 While 70 per cent of Canadians reported that they were Christian in the 2001 census, Roman Catholics now probably outnumber Protestants by two to one as a result of immigration trends during the current reign, compared to the Protestant majority in 1952. And about 6 per cent of the population report having non-Christian religious affiliations. The disjunction between the religious professions of the UK monarchy, which doubles as the crown of Canada, and the religious beliefs and behaviour of the Canadian population as well as Canadian public culture have never been as profound as they are at the present time.

In 1909/10 protests from Canada and Australia as well as Ireland about the explicitly anti-Catholic features of the oath required of a new monarch, which had to be declared before UK Parliament at accession according to the Bill of Rights of 1689, led to statutory amendments which de-emphasised the professed hostility to the Roman Catholic Church but which preserved the intent of the original legislation. The Accession Declaration Act of 1910 still requires the swearing of the oath by a new monarch before the UK Parliament or at the coronation. He or she swears before God that he or she is a ‘faithful Protestant’ and will uphold the historical enactments (with their hostile language about Roman Catholicism) that secure the Protestant succession.

One further disjunction between the official status of the crown of Canada and the current beliefs and values of the Canadian population is the element of the official style and title of the monarch which, unlike Australia, but like the UK, still incorporates the words ‘Defender of the Faith’.

The need for debate

The profound changes in Canadian society, politics and values that have occurred during the 62 year long reign of Queen Elizabeth suggests that there needs to be a fundamental review of the religious characteristics of the crown of Canada. The next succession to the throne could provide a full opportunity for the citizens of Canada to debate if it is appropriate for a Christian, Protestant, Anglican, Supreme Governor of the Church of England also to be the official representative of a Canadian society that is increasingly secular, non-religious and religiously diverse and in which Christianity is a substantial but diminishing element in a complex ethno-national mosaic.

Of course the constitutional and religious issues raised here are probably little known by most Canadians whose main knowledge of the crown is mainly influenced by the mass media coverage of new born princes, royal brides to be, royal weddings and royal visits which is astutely handled by the sophisticated Buckingham Palace and Canadian government public relations and publicity machine.

It is however possible that the next succession to the throne could well draw public attention to the archaic and usually obscure constitutional and religious dimensions of the crown described in this post and which are made manifest at the end of a reign. This would be an opportunity to launch a much needed public and political debate as to the suitability of seventeenth and eighteenth century features of the crown of twenty first century Canada. And because of the complexity of the issues involved it would be as well that research and debate begins as early as possible.