This week in Rhode Island, RI Future has ten suggestions for what Governor-elect Gina Raimondo should do in her new job. These include raising the state’s minimum wage from $9 to $10.10, outlawing payday loans, and increase the state government’s transparency.

Heading west to Connecticut, My Left Nutmeg writes that given the level of dark money thrown into the state’s recent gubernatorial race, it is time to fix loopholes in campaign finance laws.

In New York, State of Politics reports on a statement released by Governor Andrew Cuomo which touts the state’s preparedness for Ebola, after Craig Spencer, a doctor who was diagnosed with Ebola after working with Ebola patients in Guinea was released after recovering from the virus. Staying in the Empire State, Daily Kos reports on Monday that Governor Cuomo has broken all of the promises he made to the Working for Families Party that he would help them to regain control of the state’s Senate. They write that Cuomo instead has been found to have worked with Republicans to gain their support in exchange for not aiding Democrats in their state Senate races.

Heading to New Jersey, PolitickerNJ reports on a visit to Atlantic City this week by GOP Governor Chris Christie. They say that Christie struck an aggressive tone in a closed-door summit aimed at addressing the town’s ongoing difficulties, criticizing the city’s history of “weak…decision making”.

In Pennsylvania week, Keystone Politics writes that the state’s newly elected Democratic Governor needs to keep his campaign promise that he will accept the expansion of Medicaid in the state without a vote from the Republican-held legislature.

In Georgia this week, Peach Pundit looks at whether the state’s Latino vote is shifting to the Republican Party. They say that Governor Nathan Deal took 47 percent of Latino votes, and Senator-elect, David Perdue, 42 percent. They say that this shift in voting trends could be down to the Georgia Republican Party’s minority engagement efforts. Staying in the Peach State, Daily Kos reports on Wednesday that the town of Rossville is banning abortion clinics with a new ordinance. Their reason: to avoid the ‘drama’ of protestors.

Heading west to Alabama, Yellowhammer reports that Joe Reed, vice chairman of the Alabama Democratic Party has blamed the Democrats’ losses in last week’s midterm elections on the racism of people who live in the state against President Obama. 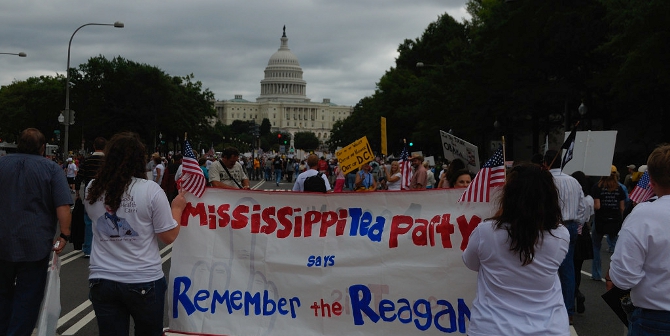 On Monday, Mississippi’s Y’all Politics writes that the Tea Party had very little influence on the last week’s midterm elections in the state. They say that while there was concern that those who had not voted for Thad Cochran in the GOP primary would instead vote for the Democrat, Travis Childers, in the state’s Senate race. The numbers show that Cochran maintained support from conservative Republicans and increased the turnout of his black supporters.

After failing to attain 50 percent of the vote in Louisiana’s Senate election last week, incumbent Senator Mary Landrieu will face GOP Representative Bill Cassidy in a runoff on December 6th. Daily Kingfish looks at whether or not she can win, finding that this is increasingly unlikely if she cannot garner more support from whites.

Heading west to Oklahoma, Burnt Orange Report warns that state Republicans could be on the verge of virtually eliminating the state’s Health and Human Services department. They say that the heavily Republican Texas Sunset Advisory Commission will shortly begin hearing testimony on the future of the agency, and this may lead to heavy cuts and agency consolidation.

Moving north to the Sooner State, Okie Funk looks at the state’s likely to experience a ‘bust’ after the current boom in hydraulic fracturing there.

In the Buckeye State this week, Plunderbund reports that Ohio’s job statistics continue to contradict the claims of the state’s Republican Governor, John Kasich is a job creator. They say that new data shows that unemployment claims are now 9.3 percent higher than they were in 1999, the last year that the state had unambiguous job growth for the entire year.

Moving up to Michigan, The American Prospect reports that the city of Detroit has been cleared by a judge to exit bankruptcy after 16 months. They say that while the final pension settlement was far less draconian than the city’s emergency manager originally sought, the state’s governor and state legislature should never have chosen bankruptcy for the city in the first place.

Heading West to Wisconsin, Red State writes that the Left did next to nothing to prevent the re-election of Republican Governor, Scott Walker. They say that while liberal media stated that Walker was in trouble for much of the campaign, that and their marches and protests came to nothing as Walker won the vote by nearly 6 points. Now that his future as Governor is secure, Scott Walker has decided to ‘harass’ those in the Badger State that receive unemployment assistance and food stamps with drug tests, writes Crooks & Liars. 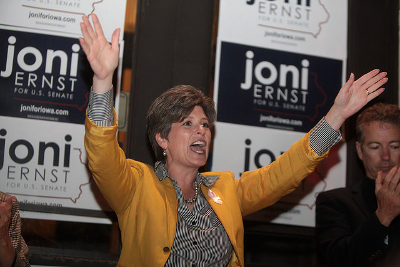 Last week Bruce Braley was defeated by the Republican Joni Ernst for Democrat Tom Harkin’s old Senate seat in Iowa by a margin of nearly 100,000 votes. The Iowa Republican wonders if Braley ran the worst campaign in the history of the Hawkeye State with a poor ground game and media team.

In South Dakota this week, the Madville Times wonders if Governor Dennis Daugaard will kill the minimum wage increase that voters passed last Tuesday after mentioning this week that he did not believe in the minimum wage.

On Wednesday this week, Outside the Beltway reports that GOP state legislators who were elected last year in recall elections designed to punish gun control advocates were themselves by Democrats in last week’s election. They say that the two state legislators were thrown out, who were voted into office just over two years ago in the wake of the enacting of new gun control laws after shootings at Sandy Hook and Aurora, shows the impact of turnout in recall and General Elections.

Heading north to Montana, the Brennan Centre for Justice highlights some good news for voters’ rights in the state. They say that last week Montana voters rejected a ballot measure that would have eliminated same-day registration.

On Sunday in the Grand Canyon State, Blog for Arizona writes that the state’s legislature has lost another court case over an anti-immigrant law. This time, the U.S. Supreme Court has temporarily blocked a ruling from the 9th Circuit Court which upheld a state constitutional amendment which would deny bond to undocumented immigrants charged with ‘serious’ crimes.

Blue Oregon highlights the fact that as of last week, the state is only one of four where you can “get stoned at a gay wedding”, legally.

Heading south to California, Fox & Hounds writes that the state’s Democrats should not be disappointed at the loss of their supermajorities in the state legislature last week, given that they rarely made use of them in any case.  The Left Hook takes a close look at election precincts in San Jose, saying that the city has been divided electorally by race and class through the machinations of its Mayor, Chuck Reed.