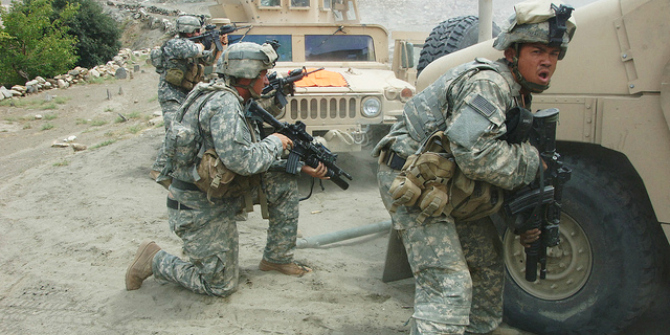 U.S. Army Spc. Chris Avila, right, and other soldiers engage Taliban forces during a halt to repair a disabled vehicle near the village of Allah Say, Afghanistan, on Aug. 20, 2007. Credit: Expert Infantry CC BY 2.0

This review originally appeared at the LSE Re#view of Books.