It has been more than three years since the then Secretary of State, Hillary Clinton announced the Obama Administration’s ‘Pivot to Asia’, with subsequent comments from President Obama affirming U.S. interests in the region. Ben Coulson argues that this pivot to Asia should be seen against the background of more than six decades of U.S. anxiety and tension over the role of China in the region. He writes that for the U.S., China still represents a challenge to the ‘conventional’ narrative that the U.S. has a pre-eminent role to play in world politics, and in East Asia.

Contemporary ‘common-sense’ contends that the U.S.-China relationship will continue to be of key importance for the foreseeable future. Current U.S. anxiety over the ‘rise of China’ echoes fears over the rise of Japan in the 1930s and then the 1980s. This anxiety can be located in a long term historical trajectory over how the ‘Asia-Pacific’ has been imagined by the U.S. as a frontier like space in need of securing.

Recently, U.S. anxiety over the rise of China has found popular articulation in a genre of China threat literature which includes books such as Robert Kaplan’s Asia’s Cauldron: The south China Sea and the End of A Stable Pacific, Geoff Dyer’s The Contest of the Century: The New Era of Competition and Aaron Friedberg’s A Contest for Supremacy: China, America, and the Struggle for Mastery in Asia. This literature reproduces a zero-sum logic where space exists objectively as something to master rather than a socially constructed discourse contingent on identity narratives.

From 19th century fears of a ‘Yellow Peril’ to mid-20th century fears of a ‘Red China’ during the early Cold War the U.S. has undergone evolving bouts of concern over what China role in the world.  Situated historically, the U.S. imagination of China has been shaped by a neo-colonial anxiety, beginning with the influx of cheap Chinese labour in the mid-1800s, exacerbated by China’s perceived rejection of U.S. paternalism in 1949 which contributed to the ‘loss of China’ discourse of the early 1950s, and China’s more recent customized, adoption of capitalist principles under Deng Xiaoping.

Obama’s articulation of U.S. interest in East Asia exists within a particular legacy of U.S. geopolitical discourse prominent after the end of the Cold War. In 1991 U.S. Secretary of State James Baker wrote that “America’s destiny lies no less across the Pacific than the Atlantic”. Continuing, he declared that U.S. views of China had “oscillated between extremes of fascination and confrontation”, and alluded to China’s 1949 revolution as a “conversion that failed”.

Further indication of the U.S. attitude in general is Secretary of State under President Bill Clinton, Warren Christopher’s comments during his confirmation hearings in 1993 when in regards to China he remarked that “our policy will seek to facilitate a peaceful evolution of China from communism to democracy”. This approach represents the general U.S. desire to influence and direct the development of China. Although this sentiment is no longer produced in a discourse of racial and existential hierarchy as was the case during the 19th century, it reflects many of the same sentiments through the ideas of norm building and being a responsible stakeholder.

The shift in U.S. priorities that is now referred to as the ‘pivot’ or ‘rebalance’ took on its initial shape in an article by then Secretary of State Hilary Clinton published in Foreign Policy in October 2011. The declarative byline, “the future of politics will be decided in Asia, not Afghanistan or Iraq, and the United States will be right at the center of the action”, makes it clear that the U.S. sees Asia as the future ‘pivot’, so to speak of international politics. In quasi colonial terms Clinton declared that “harnessing Asia’s growth and dynamism is central to American economic and strategic interests and a ley priority for President Obama”.

In his speech to the Australian Parliament in November 2011, Obama formally outlined what the ‘pivot’ or later rearticulated ‘rebalance’. He declared that “after a decade in which we fought two wars that cost U.S. dearly, in blood and treasure, the United States is turning out attention to the vast potential of the Asia Pacific region”. Furthermore, “this new focus reflects a fundamental truth – the United States has been, and always will be a Pacific power”. 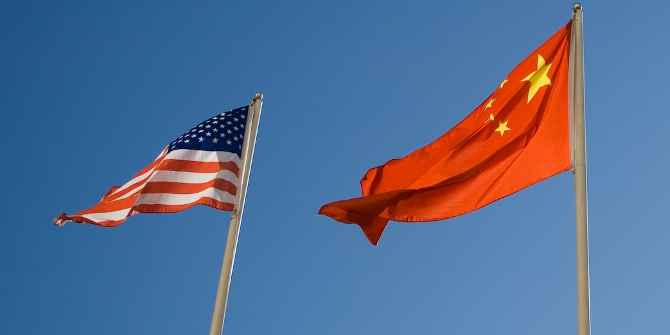 Further outlining the importance of his ‘pivot’ Obama declared that “the Asia Pacific is critical to achieving my highest priority, and that’s creating jobs and opportunity for the American people”. Reflective of the notion that China is vital to sustaining the U.S. economy is a long standing narrative with roots back to the speculative myth of a potential China market in the early 1900s.

Alongside this opportunity narrative runs a parallel military concern where Obama has remarked that “as we end today’s wars, I have directed my national security team to make our presence and mission in the Asia Pacific a top priority…we will preserve our unique ability to project power and deter threats to peace…The United States is a Pacific power and we are here to stay”.  This declaration suggests that due to the arbitrary geographical location of the U.S. it has a right to intervene in the affairs of East Asia. This is not a particularly novel claim as it has been made many times before notably by former Secretary of Defense Donald Rumsfeld made a similar remark during a media roundtable in 2006. The ambiguity of the public rhetoric regarding the U.S. approach to China is captured by Obama when speaking in April, 2014 he reiterated that “our goal is not to counter China. Our goal is not to contain China”.

What China represents in the U.S. imagination then, is a significant challenge to a prevalent orthodoxy regarding how the U.S. perceives itself in world politics and the other political entities that it encounters. U.S. policy today exists in a particular legacy of paternalistic and hierarchical thought. China’s significance today stems from a variety of widely acknowledged factors, geography, history, economic prowess, but in short, it poses a question to the ‘conventional’ narrative of the U.S.’s pre-eminent role in world politics and specifically the presumption that East Asia is a region to be molded as it sees fit.