This week in Maine, Dirigo Blue writes that the recent gubernatorial election shows why the current voting method is a ‘train wreck’. They say that in the recent contest, Independent candidate, Eliot Cutler finished 40 percentage points behind the winner, Republican, Paul LePage, but under an Approval Voting method, a poll suggest that Cutler would have won.

Heading down to Massachusetts, Blue Mass Group writes on Wednesday that voters in the state support the regulation of marijuana in the same way that alcohol – or even tomatoes – are. They say that despite the fact that legalization was not a big issue during the current election cycle, mainly due to the opposition of the two gubernatorial candidates, it is only a matter of time before it occurs in Massachusetts.

On Tuesday, My Left Nutmeg looks at Connecticut’s fiscal health, writing that unlike the ‘rosy picture’ painted by Democratic Governor Dannel Malloy the state budget deficit is predicted to be around $1.3 billion by 2016.

On Wednesday, Talking Points Memo looks at whether or not the Republican Governor of New Jersey, Chris Christie, has ‘dumped his crackpot Ebola policy’. They say that last month, in conjunction with New York Governor Cuomo, Christie put in place a mandatory 21 day quarantine period for those healthcare works returning to the state who had had contact with Ebola patients in West Africa. They say that the New Jersey Health Department has reported that people are under monitoring in the state, but not quarantine, making them wonder if Christie’s policy has been quietly dropped.

Heading west to Pennsylvania, Crooks & Liars writes that while kicking out GOP Governor Tom Corbett in favor of Democrat Tom Wolf was emphatically a good thing, the state House now has a large GOP majority, meaning a likely headache for Wolf when he takes office in January.

This week in South Carolina, FITS News reports that gay marriage licenses are now being issued in the state. They say that this is despite the best efforts of the state’s Attorney General, Alan Wilson to block them, as he believes that the state’s ban on them should remain in place until the issue is decided by the Supreme Court. The Palmetto’s state’s ban on same sex marriage was struck down by a U.S. District Court Judge.

Moving on to Georgia, on Monday, Georgia Tipsheet writes that a proposal to allow medical marijuana in the state has been tabled once again after failing in last year’s session.

On Sunday, Saint Petersblog reports that during this year’s midterm election, Florida voters saw the most expensive, negative race, with attack ads airing more than 96,000 times – more than the combined total in 39 other states. They also say that the Florida governor’s race saw $98 million spent on ads.

Ten Miles Square calls for the Supreme Court to reject Alabama’s legislative districts. They say that the state’s Legislative Black Caucus has brought a suit against the state, alleging that those who drew up the districts acted racially by compressing black voters into a small number of districts and “whitening” neighboring districts to elect more Republicans.

Heading west to Louisiana, Sabato’s Crystal Ball this week changed its rating for that state’s Senate runoff election on December 6th to “likely Republican”. They say that incumbent Democratic Senator, Mary Landrieu is likely to lose to her challenger, Bill Cassidy by around 11 points.

In what they characterize as a “striking turn of events”, Burnt Orange Report writes this week that due to pressure from advocates, school textbooks in Texas will no longer deny that there is general agreement among scientists that climate change is human-made.

This week, Ohio’s Plunderbund writes that GOP Governor John Kasich’s choice to head the Ohio Department of Health, Rick Hodges, who is not a doctor or health professional, shows Kasich’s ‘contempt’ for public health.

Heading west to Indiana, Daily Kos is critical of another Republican Governor, Mike Pence. They say that Pence has stated that cutting off food stamps for state residents unless they work 20 hours a week or attend job training will “ennoble” them, by encouraging them to work.

In Michigan this week, Eclectablog reports that the constitutionality of the state’s Emergency Manager Law, is now headed to Federal District Court. They say that the move is based on the law’s disparate impact on African Americans in Michigan.

Judges have been busy in Illinois this week as well, according to Hit & Run. They report that reforms to the state’s public employee pension system have been struck down by a County Circuit Court Judge. The reform would have froze cost of living increases, raised the retirement age and capped maximum salaries used to determine pensions in the state’s $300 billion scheme which is only 22 percent funded.

This week the town of Ferguson, Missouri, braced for the decision of a Grand Jury in the investigation of a white police officer who shot and killed a young black man, Michael Brown, in January. In advance of the decision, Missouri Governor, Jay Nixon called up the state’s National Guard this week. PoliticMO questions Nixon’s authority to take this step, given that a state of emergency has not yet been declared.

Heading west to Kansas, PoliticusUSA writes on Friday that in response to President Obama’s Executive Action on immigration this week, Secretary of State, Kris Kobach, has claimed that such immigration action could lead to “ethnic cleansing” and lawlessness.

The Madville Times looks at South Dakota voters’ recent decision to raise the state’s minimum wage to $8.50 an hour from the 1st of January. They say that while conservative groups have protested that the increase will hurt jobs, evidence from Minnesota, which raised its minimum wage in August, show that the number of jobs has actually increased.

While for most last year’s government shutdown is a dim memory, it has had long lasting effects in Colorado. This week ColoradoPols writes that the shutdown cost the local economy millions of dollars in cancelled bookings to national parks, as well as a delayed response to floods.

Moving over to Idaho, Eye on Boise reports on Tuesday that a new report has found that the state has larger pay gaps for women and minorities than the national average – just 43 percent of women and 31 percent of Latinos make a living wage.

In Arizona this week, Hit & Run writes that while President Obama’s actions on immigration this week may allow many immigrants to stay, it will not mean an easier life for them in the state. They say that Governor-elect Doug Ducey, is likely to continue his predecessor, Jan Brewer’s “petty” policies of denying illegal immigrants state-issued IDs that would allow them to access public services. Meanwhile, Blog for Arizona looks at whether or not it is time for the state to go to a system of all-mail balloting.

On Thursday, Daily Kos profiles the new Speaker of the Nevada Assembly, Ira Hansen, who they say is “insane”. They write that Hansen keeps a Confederate Battle Flag on his office wall, and is racist and homophobic.

Hit & Run looks at why California is resisting an order from Federal judges to expand the state’s parole program. They say that it may be because many of these non-violent inmates work as groundskeepers, janitors, and in prison kitchens, all on very low wages. If these prisoners are released early, then prisons would lose an important labor pool.

Obama’s controversial budget, America’s ‘new normal’ of war, and GOP vs vaccination: US national blog round up for 31 January – 6 February 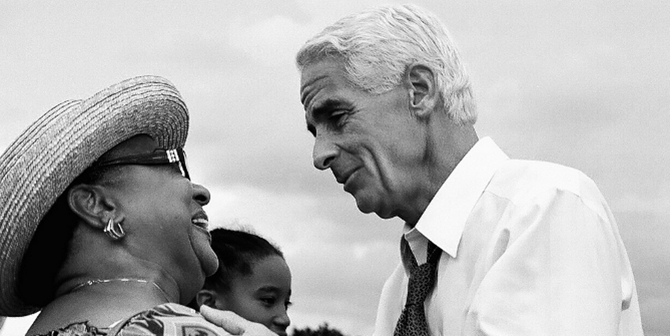 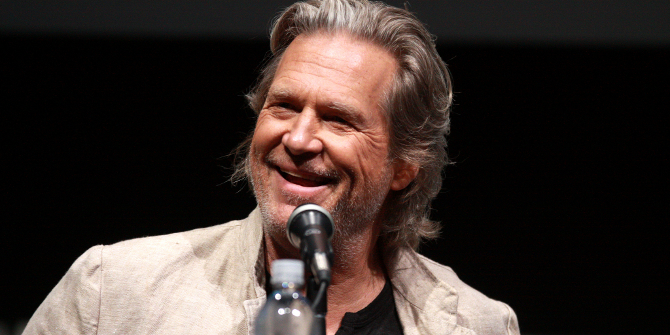