While the positive effects of similar firms locating close to one another – so called agglomeration effects – are well known, do these positive spillovers also apply to large inventive firms? In new research, Carlo Menon examines the effect that companies which have a large number of patents have on patents granted by other companies in the same area. He finds that through knowledge spillover effects, a ten percent increase in the number of patents from Top Inventing Companies can lead to an increase in patents from smaller companies by about 2 percent over the following 4 to 8 years.

In a recent paper, Greenstone, Hornbeck and Moretti discuss the importance of understanding whether large plant openings raise the productivity of local incumbents. They find that these openings substantial effect: five years after the opening of a new large plant, the productivity of existing plants located in the same US county was 12 percent higher. The authors argue that their findings are extremely relevant both for economic theory, since they provide evidence on the mechanisms underlying the agglomeration of economic activities, and for local development policies, which often subsidize the location of large industrial investments. I build on this research by examining the effects of the number of patents developed by companies that produce the most patents on other companies nearby. I find that the presence of these companies positively affects local patenting activity in smaller firms, often across other sectors, but that this effect can also take up to eight years to appear.

Since Marshall’s Principles of Economics, first published in 1890, we have known that knowledge spillovers are one of the leading mechanisms of agglomeration economics. However, still relatively little is known about knowledge spillovers, and their nature, causes, and spatial decay are still strongly debated. In particular, the relationship between highly inventive companies and other inventors has been little explored: contributions on the subject are confined to the role played by academic star scientists on other researchers, while industrial patenting is not considered, the only exceptions being Fons-Rosen (2010) and Agrawal et al.

However, for local development policies, patents by smaller innovators are even more relevant than patents filed for by Top Inventing Companies (TICs). To the extent that the latter are the outcome of formal R&D activity of large companies, they may have weaker implications on the local economy. Since patenting firms are generally large, and often operate over multiple locations, the productivity gains of these inventions are spread across the different plants (and localities). 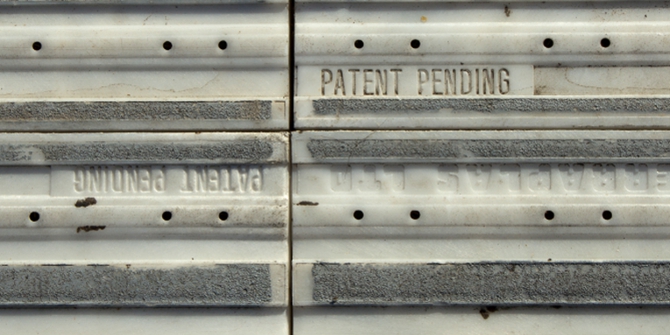 With this in mind, I investigated whether the aggregate number of patents developed by inventors working for TICs has any effect on the number of patents granted to other companies (non-TIC) located in the same Metropolitan Statistical Area (MSA).

In the specific context of patenting in cities, it is possible to think about at least five different mechanisms:

a) Informal (or tacit) knowledge spillovers: TIC inventors and non-TIC inventors develop informal (personal) contacts due to residential proximity or other kind of face-to-face interactions. Thanks to frequent direct contacts with the TICs inventor, the local non-TIC inventor absorbs ideas for her projects.

c) Workplace contacts: (future) local non-TIC inventors may have the opportunity to work in a TIC, without necessarily being inventors themselves .

d) Workplace mobility and spin-off: active TIC inventors leave their company to start their own business, or they are hired by a local non-TIC.

e) Display/attraction effects: the presence of many labs of TICs may attract other inventors to the same city, as they may expect to enjoy the effects of points a, b, and c.

However, the effect of TIC patents on non-TIC patents in the same city is not necessarily positive: positive agglomeration effects (knowledge spillovers, but also sharing and learning mechanisms) may be counterbalanced by upward pressures on nominal wages, due to an increase in the local demand for scientists. Depending on the relative strength of the two mechanisms, the net effect could also be zero or even negative.

The results show that positive effects tend to prevail over negative ones at the city level, and are stronger as time passes. A 10 percent increase in the number of patents from Top Inventing Companies (TICs) leads to an increase of about 2 percent in the number of non-TIC patents over the following 4-8 years. However, within narrowly defined technological sub-categories, where negative wage effects tend to be stronger due to higher skill substitutability, the net effect is zero. One interpretation of these findings, also supported by additional tests based on citation data, is that Jacob-type knowledge spillovers, which are not confined within technological categories and may require more time to produce effects, tend to prevail over other more sector-specific sources of agglomeration economies, including sharing and matching mechanisms.

My study offers interesting insights for policy makers. It is well known that innovation activity is highly concentrated in a small number of cities and regions; these spatial disparities have pushed a number of policies aimed at enhancing local innovation, often based on subsidizing the location of R&D labs of large companies, with the idea that these may generate agglomeration spillovers and benefit local firms. Very little is known, however, about the effectiveness of these policies, i.e., whether they produce any additional effects on the innovation performance of local firms, or, rather, are just a windfall for large companies, at the taxpayer’s cost. Do my findings provide grounds for these policies?

Given the positive effect of TIC patents on the number of other local patents, the attraction of TICs to a city may have a positive effect on the local economic environment: in the medium run, TICs positively affect local patenting activity, which in turn might foster the birth of new plants, the innovation output of local businesses, and the generation of new employment. Thus, even though R&D labs of big corporations may have only a limited direct effect on the local economy, as most of the employment and value added is located elsewhere, they might still be beneficial through a number of indirect channels. However, the attraction of TICs may impact sectors and time periods which are not those directly affected by the policy intervention, making it difficult for policy makers to target specific sectors and to grasp the benefits in the short term. E.g.: Accetturo and de Blasio, 2012; Duranton, 2011; Martin, Mayer and Mayneris, 2011; Duranton et al., 2010.

All in all, although there is a positive effect of TIC patents on non-TIC patents, this is likely to materialize in different sectors than those possibly targeted by a given policy, and with some delay. Furthermore, the fact that agglomeration economies are in place does not automatically imply that those can be easily triggered by ad-hoc policies.

This article is based on the paper ‘Spreading big ideas? The effect of top inventing companies on local inventors’, in the Journal of Economic Geography.

Note:  This article gives the views of the author, not the position of USApp– American Politics and Policy, nor of the London School of Economics, nor of the OECD or its member countries.

Carlo Menon – OECD
Carlo Menon is an Economist within the Structural Policy Division of the Directorate for Science, Technology and Industry at the OECD, where he contributes to evidence-based policy analysis on firm dynamics, allocative efficiency, and innovation. Previously he worked as an Economist within the Bank of Italy, where he authored a number of reports and research papers in the fields of policy evaluation, urban and regional economics, and industrial policy.