This week saw the U.S. Senate Intelligence Committee release its report on the CIA’s interrogation practices in the wake of the 9/11 attacks in 2001. David M. Barrett reflects on the report, writing that it has only been through the determination of the Senate Committee and its Chair, Democrat Dianne Feinstein, that the public has been able to learn of the ugly details of the CIA’s practices.

In one sense, the torture report (actually, a summary of a much larger report, still classified) of the U.S. Senate Intelligence Committee is not shocking; we already knew that what most people would regard as “torture” was carried out by the U.S. government (specifically by CIA officers and “contractors” hired by that Agency) during what the George W. Bush administration called “The War on Terror.”  Still, even for those who have followed this issue, the details are shocking in their brutality and also their suggestion of gross incompetence.

As to brutality, it will suffice here just to point out that even President Bush, himself, blanched upon hearing some of details of what CIA operatives had done to alleged enemy combatants.

For me, having heard much over the years about the brutality of treatment of such persons, I found the reported instances of incompetence more surprising.  Those hired to design and carry out interrogations seem to have had little relevant experience.  Those carrying out the detentions and interrogations seem to have no competence at record keeping as to what they had done (though we might wonder if this was intentional!).

In the long history of the CIA and the US Congress, the episode covered by this report is a new instance in which, at a minimum, the CIA misled congressional intelligence committees, by what was said and left unsaid.  Former CIA Director Michael Hayden seems to have been particularly at home with misleading the committees by artfully keeping the number of those being held and thus subject to torture under a magic number of 100, despite having evidence that this was not accurate.  The number of those being detained, had it been accurately reported, seems to have been 119.

The report’s credibility is hurt by the fact that only Democrats participated in its creation; but the Republicans’ refusal some years back to engage in producing such a report seems irresponsible.   And the report’s credibility is strengthened by the fact that Senator Dianne Feinstein (D-California) is chair of the committee.  She has a long and strong record on national security and intelligence issues.  There is no long history, for example, of her either carping at CIA over a multitude of issues/controversies, nor such a history of her continuously being a lap dog for CIA.  She has called them as she has seen them, consistent with her understanding of the U.S. Constitution and the security and values of the nation.

As Feinstein has understood, the Senate is entirely within its constitutional rights to produce and insist on this publication.  Back in the era of George Washington’s presidency, the implied constitutional right of Congress to know what agencies of the executive branch was established.  After a failed military venture against Native Americans by the U.S. Army, Congress insisted that the branch of government which appropriated money for the operations of the agencies had an obvious right to know details of how that money was spent on governmental operations.  In the over-two-centuries since then, it is only when Congress has been determined, as Feinstein has been, that legislators and the public had known disappointing, scandalous, or ugly details of government programs.

The publication of the torture report may be distasteful to many Americans, but it is of historic importance for a democratic government which, to some degree, went astray during the Bush era.

David M. Barrett – Villanova University
Dr David M. Barrett is the author most recently of “Blind Over Cuba: The Photo Gap and the Missile Crisis,” co-authored with Max Holland.  He is one of the America’s leading experts on the critical relationship between the United States Congress and the Central Intelligence Agency (CIA). Current hot topic issues such as national security and the United States presidency are other areas of specialty for Barrett. He is also a good source for stories on President Lyndon Baines Johnson’s handling of the Vietnam War.

Posted In: David M. Barrett | US foreign affairs and the North American neighbourhood 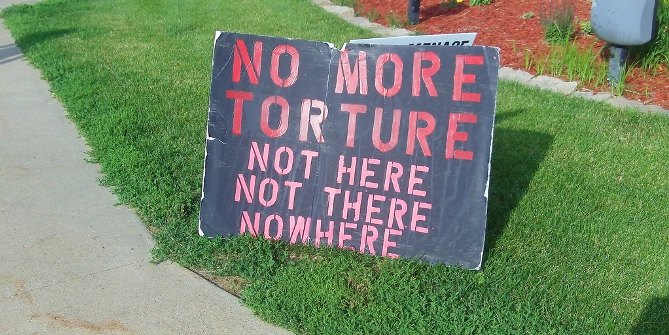