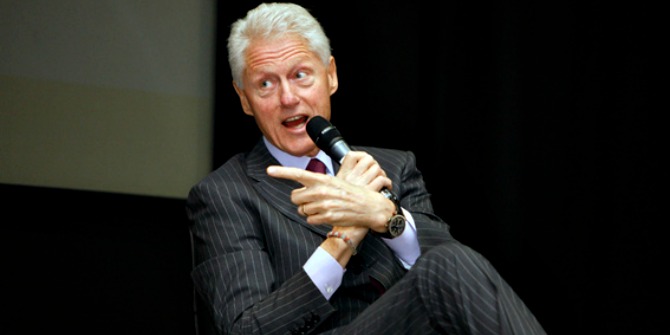 President Bill Clinton marked the tenth anniversary of the William J.Clinton Foundation to speak at the LSE.

Stephen Minas – King’s College London
Stephen Minas is a Research Fellow in the Transnational Law Institute, King’s College London and is working on a PhD on transnational law and climate change at King’s. Stephen is also a Research Associate with the Foreign Policy Centre and Honorary Fellow within the School of Population and Global Health, University of Melbourne. Stephen previously worked as an adviser to the Premier of Victoria, holds Honours degrees in Law and History from the University of Melbourne and an MSc in International Relations from LSE, and is admitted as an Australian lawyer. He tweets @StephenMinas. Read more reviews by Stephen.