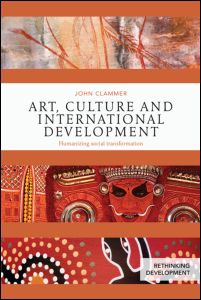 The book is based on an important distinction between representing development and creating it (p. 83), suggesting that development is being enacted in the mere act of engaging in behaviours that express, reproduce and reinvent culture through art. In this regard, it is successful in showing how artistic manifestations and crafts that we would normally take for granted have the potential to address social development problems. Each chapter cogently evinces how the revisited artistic actions offer prospects to “[increase] a sense of dignity, opportunities for expression, meaning generation, enjoyment and conviviality (culture), safety, security and human rights (politics), happiness (psychology) and a benevolent and reciprocal relationship with nature (ecology)” (pp. 138-9).

Jacqueline Priego-Hernandez – LSE Social Psychology
Jacqueline Priego-Hernandez is a British Psychological Society chartered psychologist who holds a PhD in Social Psychology from the LSE, where she currently work as a research officer with the HEIF5-funded project ‘Communicating bottom-up social development: A dialogue between multiple stakeholders in the UK and Brazil’. She is responsible for producing a practical toolkit systematising the model of social development implemented by grassroots initiatives in Rio de Janeiro. She also leads on the production of a series of impact seminars and participatory workshops in the UK and Brazil, and implement the research communication strategy of the project through the blog Favelas@LSE.