‘Emailgate’ shows Clintonian Exceptionalism — in Press Coverage, Not Her Behavior

‘Emailgate’ shows Clintonian Exceptionalism — in Press Coverage, Not Her Behavior

Last week saw the U.S. State Department reveal that the former Secretary of State, Hillary Clinton maintained a private email account and server in violation of relevant regulations. Bill D. Herman argues that the unrelenting focus on Clinton since the email scandal broke is an example of coverage that is out of proportion and out of context. He reminds us that government officials have been using private email accounts for years – mostly for convenience’s sake – officials which include Colin Powell, Chuck Hagel, and several Republican presidential hopefuls, Jeb Bush, Rick Perry, and Scott Walker.

A former US Secretary of State has violated the law — using a personal email address for official business and then recklessly deleting potentially work-related emails.

I somehow doubt Colin Powell will ever face much blowback for his misstep.

Read in the context of recent news coverage, one might assume I was talking about Hillary Clinton. Yes, her behavior probably violated several administration policies. However, her entire email archive is still in place, while Powell simply deleted his, which is obviously a much bigger problem and probably violates the plain text of the relevant statute. Yet Powell is hardly even having a finger waved at him, and Clinton has spent almost two weeks being raked over the coals.

Thus comes the two-fold lesson of the Clinton email scandal. First, the breaking of the Clinton story has revealed a broader problem with digital communication that reaches to many other parts of federal and even state government. The unrelenting focus on Clinton specifically, however, also offers a pretty good example of seriously out-of-proportion, out-of-context coverage.

On March 2, the New York Times broke the story that, while serving as US Secretary of State, Clinton exclusively used a personal email address, for both work and personal messages. She did not immediately turn work-relevant emails over to State, but instead did so in January, “in response to a new State Department effort to comply with federal record-keeping practices.” The Department of State thus did not have these emails to turn over in response to several earlier requests from Congress, the press, and the public.

This seems to be a fairly clear violation of relevant regulations, as those rules have evolved in the last 20 years. By 2005, it was “the [State] Department’s general policy that normal day-to-day operations be conducted on an authorized [computer system], which has the proper level of security control to provide nonrepudiation, authentication and encryption, to ensure confidentiality, integrity, and availability of the resident information.”

Other administration policies also were not followed. In particular, a 2009 update by the National Archives and Records Administration provided that the head of a relevant federal agency — for example, the Secretary of State — is responsible for ensuring proper archival of government documents. The text is fairly clear that Clinton’s solution — keeping those records on a home server until they were specifically requested — is not the correct answer. 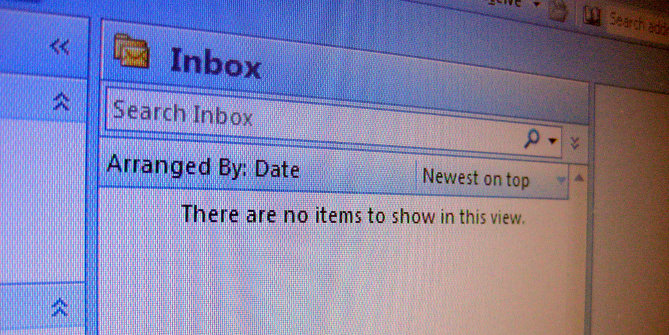 While Clinton was almost certainly not in compliance with policy as set out by State and other administration branch agencies, her actions were not clearly contrary to the text of the relevant statute, as passed by Congress. The law makes it very clear that she is entitled to make the determination about which emails were personal, so there is no problem with her having decided which were work-related and deleting the rest. The statute in effect at the time of Clinton’s term is most explicit about the requirement that work-relevant records be retained, and Clinton clearly did so, since she was able to produce the emails once she was asked. (The statute has since been strengthened and updated, though the use of personal email addresses is still not categorically forbidden.)

My purpose here is not to bore you into believing there’s no serious scandal here, but the facts certainly lead to that conclusion. NPR best sums this story up by paraphrasing Tom Blanton, director of the National Security Archive at George Washington University:

Blanton said the kerfuffle over Clinton’s emails is less a scandal than a wake-up call. Because Clinton and other top government officials have used private email accounts, he said, a whole generation of official records has been lost.

That is, even this professional archivist and government watchdog doesn’t think it’s really a scandal.

The news is that Clinton and other top government officials have done this for years. The motivation for all of these people is not obfuscation, but convenience, and it is not even that unusual that she did it on a private server. While Mrs. Clinton’s critics are surely not persuaded by this point, it is actually very common for employees to circumvent their employer’s digital security policies, and they do so primarily for convenience.

Even among major government figures, Clinton is still in good company, not that one would know this from the headlines. Colin Powell used a personal email account due to the added convenience, and he simply deleted all of these emails. The press and public have hardly batted an eye. Ditto former Secretary of Defense Chuck Hagel and current Attorney General Eric Holder, who also used personal email accounts for official business.

Other White House aspirants have also used their personal email addresses. They include Jeb Bush and Rick Perry, who both used personal accounts while governor, and current Wisconsin Governor Scott Walker, who did so while executive of Milwaukee County. Anybody who has gleaned this from recent coverage is quite a news hound, because the coverage has been thin at best; I only learned of these incidents in the context of the much more extensive coverage of Clinton.

Some have made far more serious mistakes with email, again meriting relatively little coverage. In February, Bush published all of his emails under Florida’s remarkably strong open records laws. This may have been illegal, however, because these included a substantial volume of un-redacted sensitive personal information, including many social security numbers and all of the authors’ email addresses. It was certainly a major mistake, and many Floridians are now far more likely to suffer problems like harassment and identity theft.

One would never grasp the gravity of this mistake from mainstream coverage, though. In the Times’ February 11 “Today in Politics,” they wrote, “[Bush’s] demonstration of political transparency was overshadowed by the fact that many of the emails were pleas for help and contained the senders’ Social Security and telephone numbers.” Not much of a shadow, however, as a Lexis search demonstrates that this is literally the one and only reference to this fact in the Times during the entire month of February. Contrast that with 42 articles about Clinton’s email issue, in just the first 11 days since it broke.

Of course, nobody can forget that the George W. Bush administration happened to lose millions of emails, improperly sent through private accounts. This came out during a congressional investigation into the partisan firing of 8 US Attorneys. Except, apparently, everyone can forget it because the press certainly has. At the time, it was covered but with much less hyperbole than the current incident has drawn — for instance, it appeared on only one of the four Sunday morning talk shows. This despite the 2007 incident involving hundreds of times as much information, and it being utterly lost instead of not properly stored. (The Bush administration had broader problems with email archives, leading to a 2007 lawsuit by CREW and the National Security Archive; in 2009, 22 million emails were recovered. In 2007 and 2009, however, this was also lightly covered in the media.)

Hillary is far from singular in doing this incorrectly, and others have made far graver digital errors with more substantial impact on people’s lives or on the availability of the historical record. Yet she is covered with a zeal that implies something on the scale of Watergate. The contrast, once identified, is impossible to ignore.

Why this mismatch between the offense and the resultant hyperventilation? Why the even nuttier mismatch between how coverage of Clinton is positively saturated, while even the Times can barely be bothered to mention Jeb Bush doxing his constituents?

I will not impute motives to journalists and editors, but they should be asking themselves these questions. Clinton’s misstep deserves a great deal less coverage, and the broader problem and its other contributors deserve more.

The author would like to thank Hunter College CUNY student Chris Ungania for supporting research for this post.