On Thursday this week, The Atlantic looks at the ‘strange saga’ of Maine’s Republican Governor, Paul LePage, who they say has forgotten how to veto bills. LePage missed the 10-day window to veto 65 bills at the end of the legislature’s most recent session, and is now asking the state’s Supreme Court to rule on whether or not he actually gave the thumbs down to the bills.

Moving down to the Granite State, NH Labor News reports on comments this week from the state’s U.S. Senator, Democrat, Jeanne Shaheen that the lack of stable highway funding is hurting the New Hampshire economy. The current authorization of the Highway Trust Fund is set to expire at the end of July. 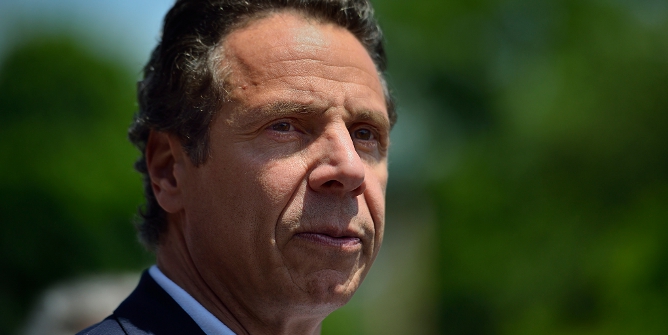 Roll Call’s At the Races writes on the ‘tossup’ race in New York’s 19th Congressional District. They say that the Democrats see the rare open-seat race as a pickup opportunity, especially if former New York Senator, Hillary Clinton, is on the top of the presidential; ticket next year. This week also saw proposals in the Empire State that fast food workers should receive a phased-in wage increase to $15 an hour. State of Politics comments that while the proposals were met with near-universal condemnation by the business community, the Retail Council of New York State has said that the recommendations are not all that far from what Governor Andrew Cuomo had proposed previously. Speaking of Governor Cuomo, Capitol Confidential reports Wednesday that he has stated that nothing should be read into his recent use of executive powers, which have included calling for a fast food wage board and appointing a special prosecutor for police killings of unarmed civilians.

It’s budget season in Pennsylvania, and all is not well, reports Keystone Politics. They say that the state GOP’s tactic of insisting that a majority of the majority of lawmakers support the budget means that it has not yet had a floor vote. The budget is controversial given its historically large package of tax increases.

In the Old Dominion State this week, Blue Virginia looks at recent comments about the state’s Republican Party – to the effect that it is running scared, given the threats to its state House majority in 2016 (19 of its Districts were won by President Obama or Senator Tim Kaine in 2012).

On Friday, North Carolina’s The Progressive Pulse says that a shutdown for the state’s government may be in the offing given that the Republican lawmakers who control both of the state’s legislative chambers are nearly a month behind on setting a budget. The current continuing budget resolution expires on August 14th.

The Fix writes on the weekend that the KKK is rallying in South Carolina in response to the recent move my state lawmakers to remove the Confederate flag from the grounds of the statehouse. They say that the KKK has always flexed its muscles at points of challenge to the social order that puts white Americans first. 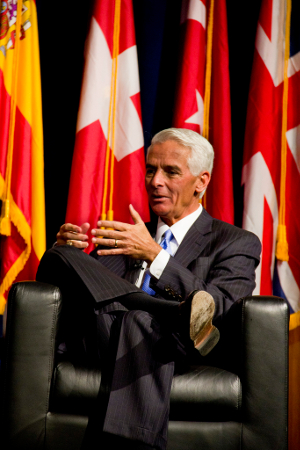 Heading south to the Sunshine State, Saint Petersblog reports that GOP Congressman David Jolly has announced that he will be running for Marco Rubio’s vacant Senate seat in 2016, and also that former Governor, Democrat Charlie Crist, will be eyeing Jolly’s seat in turn.

The Arkansas Times writes Thursday that the state’s prison population (and the expenses related to it) is exploding, despite declines in crime rates both state and nationwide. They explain that more people are in jail in Arkansas than ever before due to tough-on-crime laws and the War on Drugs.

Moving on to Texas, Burnt Orange Report says this week that the Lone Star State is illegally denying access to the birth certificates to citizens with immigrant parents, actions which disproportionately hurt Hispanic children in the state.

On Friday, Progress Illinois reports that a Cook County Judge has ruled that a Chicago law which meant that city workers would have to pay more into their pension funds and also reduced cost of living increases for retirees, is unconstitutional and void.

Heading to the Badger State, Political Heat writes this week that Wisconsin Governor, Scott Walker is seeking to destroy the state’s nonpartisan elections watchdog – the Government Accountability Board. They say that the move comes after an investigation by the Board into whether the Governor unlawfully directed donors to give funds to third party organizations in order to avoid campaign finance limits was halted by a court judgment.

Red State says this week that the Missouri Democratic Party has named their annual dinner after President Harry Truman – who was also a member of the KKK.

PoliticusUSA has the news on Wednesday that a Federal Appeals Court has upheld a ruling which overturns North Dakota law which would make it a Class C felony for a doctor to perform an abortion if the fetus had a detectable heartbeat, a measure which effectively bans abortions after six weeks of pregnancy. Staying in the Peace Garden State, Say Anything Blog rejects the premise of a recent CNBC article that claim North Dakota is like Greece because of its reliance on federal funding. They say that in contrast to Greece, North Dakota has a strong economy and very little debt relative to its GDP.

On Tuesday, Daily Kos says that Arizona’s Governor, Doug Ducey, has taken the unusual step of banning fetal tissue sales after accusations of the practice against Planned Parenthood. Why is the move unusual? The practice is already prohibited by federal statute. Staying in the Grand Canyon State, Blog for Arizona writes this week that the trials of Maricopa Sheriff, Joe Arpaio, scheduled for August, have been delayed and settled. Arpaio has been accused of racial profiling against Latinos.

Joe Monahan’s New Mexico praises the state of Mississippi, as it is the only state between it and having a bottom ranking in the nation for child poverty, at 31 percent.

Ten Miles Square looks at the implications if marijuana was to be legalized in California. They say that the protection of public health is more important than money generation. Staying in the Golden State, Fox & Hounds looks at why Californians are ‘such suckers’ for Superheroes, a culture which extends to a dependence on ‘superhero investors’ in Silicon Valley.

Heading out west to Hawaii, Honolulu Civil Beat has the story of how state lawmakers have spent $400,000 without accounting for it through per diem expenses.