In new research, Andrew Wroe finds that those who feel less economically secure are also likely to trust the government less. He writes that while Americans are relatively rich compared to the rest of the world, many are also insecure – a situation they blame on the government, leading them to trust it less.

Americans feel economically insecure. And they don’t trust government. Are these factors linked? The answer, according to new research, is an unambiguous yes. Americans who think that their job is at risk, who fear losing their healthcare, who worry about paying the rent and putting food on the table, and who are alarmed about paying for their children’s education and getting into debt are significantly more likely to distrust the federal government than Americans who feel more economically secure.

This may seem a pretty obvious finding. But it’s not, for several reasons. First, Americans are rich, compared to almost any point in their history and compared to nearly all other people on earth. Second, the nation’s economy grew as trust in government fell, suggesting that economic factors and trust are not causally related. Third, the conventional wisdom in political science is that Americans’ political behaviour is influenced more by what’s going on in the wider, national economy than it is by their personal economic situation. Fourth, many of the factors thought to have caused the rise in economic insecurity and particularly job insecurity—such as globalisation, de-industrialisation, de-unionisation, technological change and the recent recession—are largely outside the direct control of the US government. And, fifth, if Americans do revere rugged individualism, a minimal welfare state, capitalism and free markets, as surveys suggest, they would be more likely to blame themselves than the government for their economic misfortune.

So, given these factors, why might economic insecurity generate lower levels of political trust? Well, Americans might be rich, but there’s plenty of high quality evidence that they are, and feel, increasingly insecure, and that insecurity increased even when the American economy performed strongly. And while some causes of increasing insecurity are beyond the government’s influence, other causes are not and citizens are right to blame it for their privations. As Jacob Hacker points out in The Great Risk Shift, the US government has deliberately privatised risk in the name of ‘personal responsibility’ by dismantling large parts of the social insurance system, and it has done so at a time when macro-economic changes have actually increased threats to economic security.

Perhaps most importantly, people fear insecurity, deeply, viscerally, psychologically. Consequently, humans are risk averse. We are programmed genetically to weigh losses more heavily than gains, possibly as an evolutionary consequence of natural selection. Organisms that are not risk averse tend to die young—they get eaten, for example—and their genes fall out of the gene pool, argues Daniel Kahneman in his majestic Thinking Fast and Slow (p. 282).

But we are still left with the problem that Americans, as economic individualists, are not supposed to blame government for personal misfortune. One response is that they are in fact ideological conservatives and operational liberals, advocating the idea of economic individualism in the abstract, while in practice supporting a whole raft of government programmes designed to alleviate the insecurities associated with free markets and the precariousness of the human condition. They want the government to protect them, but it has failed to do so. Distrust follows.

In sum, I suggest that economically insecure individuals have lower levels of political trust possibly because insecurity activates deep-seated psychological biases, rooted in human evolution and survival, to avert losses and preserve the status quo. Government is blamed for insecurity because economic precariousness violates citizens’ expectations about the role of the state. That’s the proposed causal mechanism, at least. But what is the evidence that economic insecurity and political trust are related?

To determine whether insecurity and trust are correlated empirically, my study employed data from the ground-breaking Survey of Economic Risk Perceptions and Insecurity, described here in detail. It asks Americans a whole range of insecurity questions, which I organised into several indexes to measure perceived insecurity in the areas of employment, health, family and wealth. A fifth ‘composite’ index aggregates individuals’ responses across the four areas, and provides an overall measure of economic insecurity. The analysis also takes into account many other factors which need to be distinguished from concerns about insecurity, including people’s perceptions about how well the national economy is likely to do in the near future (labelled ‘Econ: Socio Pros’ in Figure 1) and has done in the near past (‘Econ: Socio Retro’), and how they feel about their personal economic situation (‘Econ: Pcktbk Retro’). It also controls for people’s party identification, ideological predisposition, income and education among other things.

Figure 1 translates the coefficients from a non-linear regression analysis into more meaningful numbers. It shows how much political trust would increase/decrease given a simulated change in each independent variable from its lowest value to its highest (with all the other variables fixed at their average levels).

The primary variables of interest are the five insecurity indexes in the first bloc of variables on the left-hand side of the figure and accompanying table. For example, if Americans’ perceptions of their family’s economic situation shifted from very secure to very insecure, political trust would fall by 32 percent. The effects for all the insecurity indexes are large, with none dropping below 10 percent, and ranging up to 36 percent for the composite index. Equally notable is that the effects of four of the five insecurity indexes (health is the one exception) are larger than evaluations of national economic performance (both past and future) and they dwarf personal economic evaluations. The only other variable that comes close to matching economic insecurity’s effect on political trust is party identification, an unsurprising result given that the Democrats controlled both the White House and Congress and a deeply partisan and polarised atmosphere dominated Washington DC’s political proceedings when these data were collected.

So, Americans who perceive themselves to be economically insecure have lower levels of political trust than their more secure peers. And the difference is large. But what does this finding suggest for the future? Can it help restore trust in the American political system? This is an important question, because prior research demonstrates that political trust is vital to the good functioning of contemporary polities. One possible remedy for low trust would be to halt and then reverse the privatisation of risk by bringing the government back in. Comparative European data show that countries with more extensive welfare systems generally experience higher levels of political trust, possibly because welfare protects people against insecurity. However, the major progressive reforms that may help restore trust in the US are primed to fail precisely because trust is so low. Distrusting citizens, which constitute a large majority of all Americans, are less likely than trusting citizens to support major liberal reforms to the welfare state; indeed, they are more likely to support conservative alternatives that further privatise risk and, in turn, further increase insecurity. Such is the irony of the politics of trust.

This article is based on the paper, ‘Economic Insecurity and Political Trust in the United States’ in American Politics Research.

More than ninety years ago, Rebecca Felton led the way as the first woman senator. 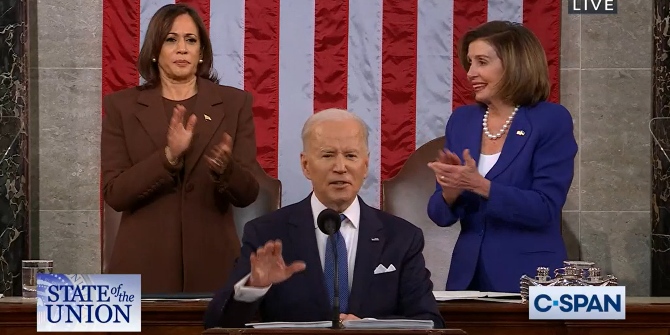 Joe Biden had a successful State of the Union address, but he needs more than rhetoric to change the fate of Democrats in the 2022 midterms 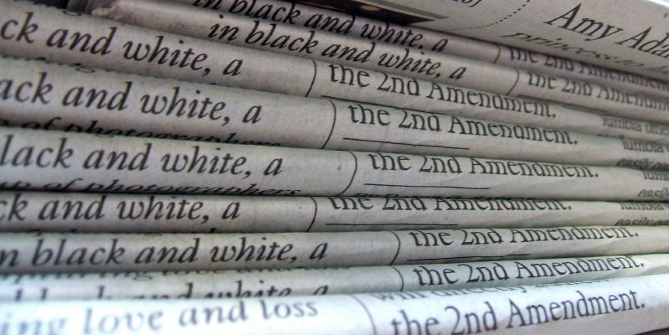